(ORDO NEWS) — In the past few weeks, I’ve been focusing on the possible origins of the UFO phenomenon, such as the possibility that our “aliens” may be time travelers from an Earth far in the future. I also considered the “robot” version – that the alien Grays could be nothing more than biological robots. There is another theory.

And it’s one of the most sinister: the theory that the UFO mystery is demonic. Could this really be true?

Well, let’s look at the available data. I must emphasize that back in 2010 I wrote a book on this subject called Final Events.

I noted in the book that while I personally don’t believe in the demonic side of Ufology, I think it’s an important issue that needs to be considered – and considered in depth.

And that’s exactly what I did. With that said, let’s look at the available data. Let’s start with none other than Bob Lazar – known in Area 51. His words suggest that there is nothing less than a dark aspect of “soul stealing” in all this. 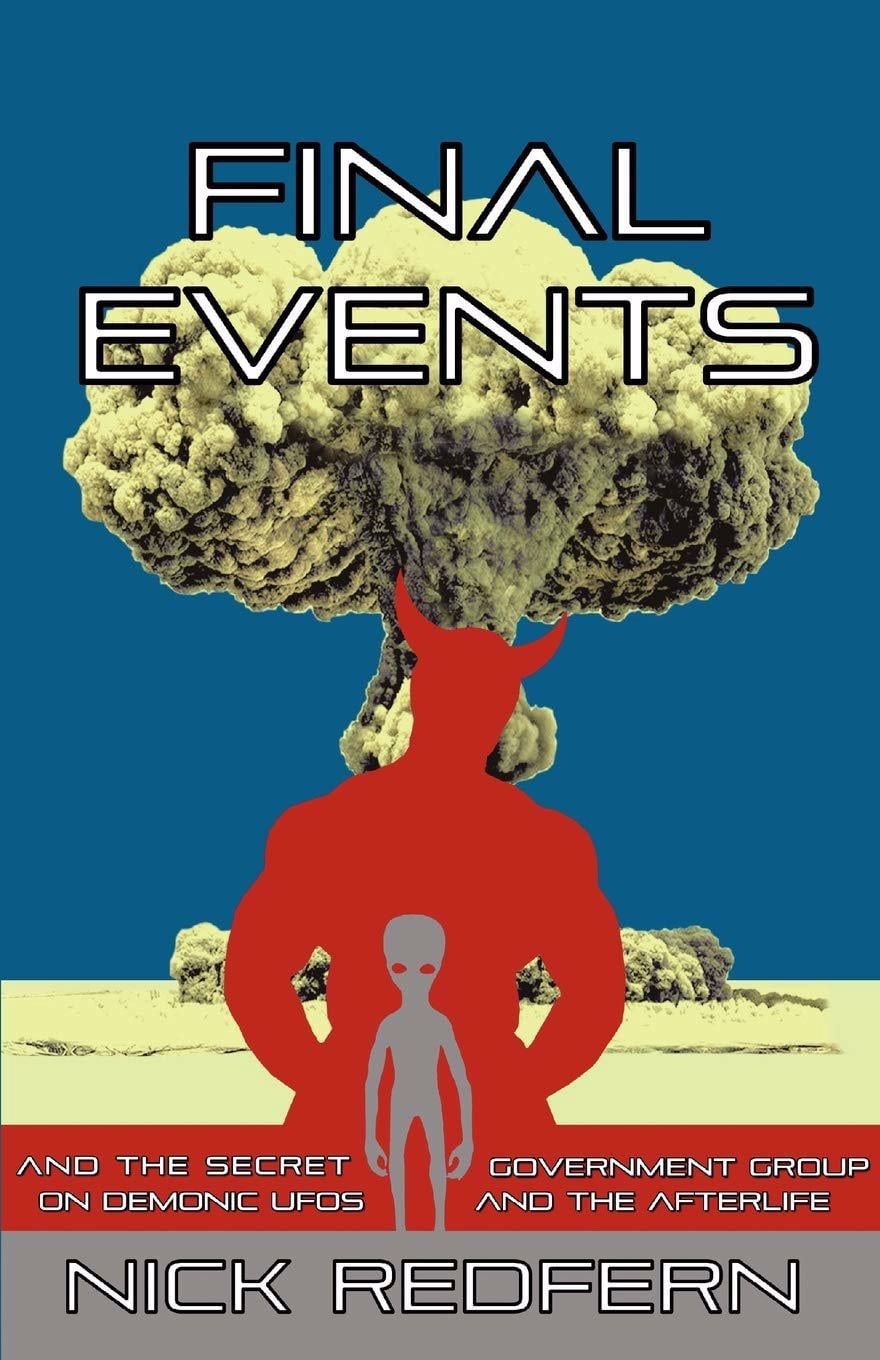 It is a fact that most people who have studied Bob Lazar’s claims have focused on what he said about the UFOs alleged to be on S-4, as well as his claims regarding Element 115. There is one issue that does not get the attention that which he really ought to have given.

This is part of Lazar’s story that leads on a path filled with disturbing revelations related to the afterlife. One of the many information documents that Lazar said he read on S-4 stated that the aliens are calling us, the human race, the so-called “containers”. But containers of what? This is where serious controversy arises.

Lazar told KLAS-TV’s George Knapp, “Religion was created, so we have some rules and regulations for the sole purpose of not damaging the containers.”

An awkward conversation ensued, during which Knapp demanded answers, and Lazar almost writhed at the nightmarish nature of the story. This is hardly surprising, since the claimed big secret is that aliens are interested in the human soul.

Even worse, they allegedly use the human soul in a way that the US government doesn’t fully understand. Or that the government knows but doesn’t know how to tell the world the terrible truth. One of the theories is truly terrifying: the aliens “feed” on the human soul, our life force.

In this scenario, the Earth is the farm and we are the cattle. After our death, our souls are collected and life energy supports the aliens. Far? Definitely.

But Lazar backs up what he read in those white papers. The mental aspect has led some UFO researchers to believe that aliens are actually nothing of the sort. Rather, the theory is that they are high-tech demons; we will return to this issue later.

George Knapp wasn’t the only person Bob Lazar spoke to about this container issue. Michael Lindemann is the author of the 1995 book UFOs and the Alien Presence.

He also questioned Lazar about this aspect of Lazar and Area 51’s history that has been dominated by controversy. In a conversation with Lindemann, Lazar added a little more to this story, which the latter admitted in his book.

He noted that Lazar said the containers were “extremely, extremely unique,” that they were “very hard to find,” and that the biggest secret of all revolved around our souls.

No wonder the people in the know at Area 51 didn’t know how to tell the rest of the world the story they were forced to sit through – for fear of anarchy around the world if it turns out that religion is the creation of ancient aliens who devour our souls.

Perhaps Nigel Kerner, like no one else, comes to the conclusion that the alien presence on our planet is due to something very sinister. He has written two books on the subject. These are “Song of the Grays” and “Gray Aliens and the Gathering of Souls”. 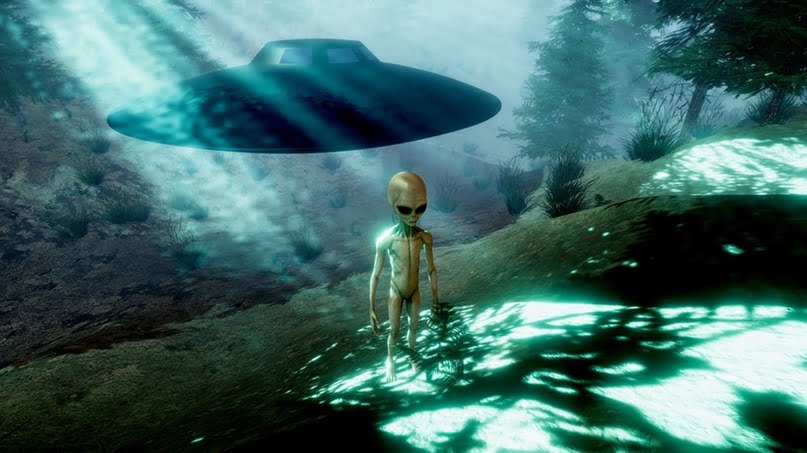 Taken together, they provide a disturbingly compelling argument for the theory that aliens are somehow “using” the human soul. Danielle Silverman, Kerner’s assistant, has prepared for me the following information about his theories and conclusions. She stated that Kerner…

“…continued the exciting concept by explaining that the ‘soul’ could be a derivative information field that emerges from the natural rhythm that emerged in the universe as a result of the big bang.

This field has the ability to maintain information in what he called the morphogenetic electrospatial field with an eternal frame of existence in whatever form circumstances permit.

Thus, the soul is a primordially continuous and consistent mechanism for storing information. Nigel argued that if the Grays were an artificially created and manufactured roboid form, then they would consider our “soul” mechanism to be analogous to their own creators. It would be an analog that they would like to try to reconcile with their own nature.

In his opinion, the “grays” were synthetic biological programmed artificially intelligent machine entities sent as superintelligent robots, much more advanced than those that we ourselves are now sending to explore the Universe.

“They, however, are subject to wear and tear, like all atomic entities, by virtue of the second law of thermodynamics, which, over time, brings them into an increasing and increasing state of decay. However, non-atomic properties such as “soul” are not subject to the second law. Thus, this property was their ultimate goal, the “holy grail” so to speak. It was a property they could never know or understand as purely atomic artificial beings.

Their only perception of this property was the effect it has on atoms, in other words, the difference between a natural living being and its artificial state. Ironically, what these artificial sentient beings strive for is eternal vitality.

The Grays, and any physical life they can recreate from the DNA codes they carry on behalf of their creators, cannot access the afterlife state.

They have no “soul”, they cannot be born. They are trying to use us as a bridge to the “soul”, programming us with genetic engineering and implantation, so that through us they can connect to eternal existence.”

It is noteworthy that not all people dealing with the issues of alien abduction spoke about this program of aliens for “grinding souls”.

Whitley Strieber, author of the 1987 bestseller The Communion, came to believe that the human soul was an essential part of the abduction experience: he concluded that visitors had the ability to manipulate the soul, even recycle it into newborns. 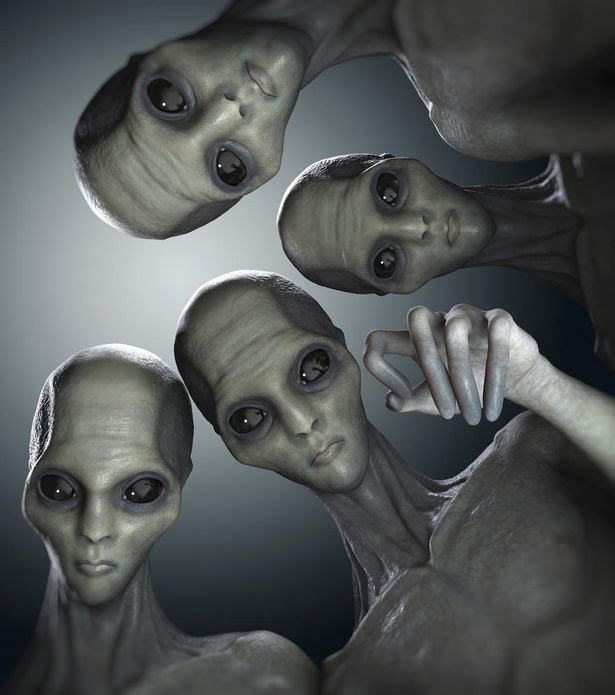 Whitley Strieber is not the only research writer on the issue of alien abduction who has established a deep connection between this phenomenon and the human soul.

Another such researcher was the late Dr. John E. Mack, a professor at Harvard University who was killed by a drunk driver in London, England in 2004. Mack has written two books on the subject, Abduction and Passport to Space.

One of McC’s many patients was a man named Greg. He told Macc about his abduction experience – but not with the typical small, big-headed, black-eyed aliens that became known as the Greys. No, Greg encountered tall, scaly creatures that looked like the monster from Universal’s classic 1954 film The Creature from the Black Lagoon.

In UFO terminology, they are known as reptilians. Greg confided to Mac that he believed the lizard people he encountered were trying to extract his soul from his physical body. Another Mac patient, Isabelle, spoke of aliens who can “trick you into giving up” your soul.

It is also worth noting the experience of Sergeant John Healy, who served in the US Army Reserve. On the night of October 18, 1973, he encountered a brightly lit UFO while he and his colleagues were aboard a UH-1H helicopter rapidly approaching the Cleveland Hopkins, Ohio airport.

After this encounter – which, in fact, was almost a collision of two vehicles – Healy experienced several strange out-of-body sensations, which he told UFO researcher Jenny Seidman about.

He explained that he felt as if he was dead in his bed, and his spirit was above him, looking down at his sleeping form in the bed.

Notably, several members of the helicopter’s crew were later contacted by Department of Defense officials who expressed interest and deep concern about UFOs/soul expulsions. This suggests a disturbing scenario: some elements of the US government may know something about the origins and plans of paranormal parasites.

In fact, as we’ll see in a moment, that’s exactly what it is: the US government can know all about these menacing, energy-hungry entities that are invading our world. And finally…

Ray Boeche is a chaplain and former state director (Nebraska) of the Mutual UFO Network, MUFON. He believes that the UFO phenomenon is demonic, not extraterrestrial in origin. 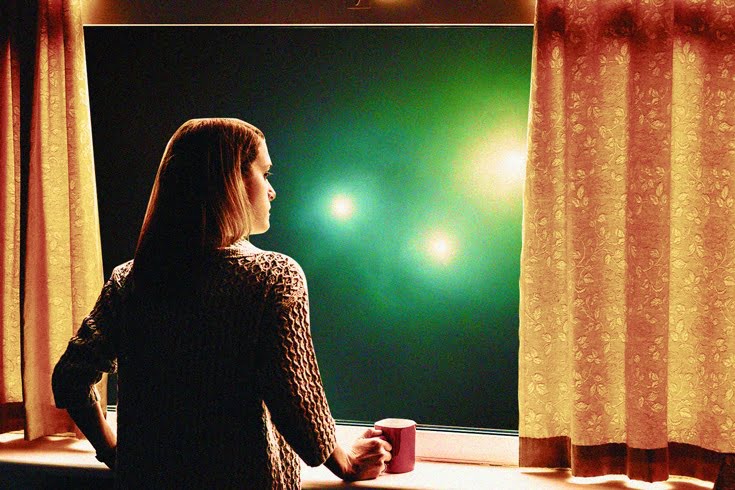 In November 2001, Boeche met with two physicists working on a secret program buried deep within the US Department of Defense. The story told by Boeche involved the attempts of people in this program to contact what they called “non-human entities”.

Some of us may call them aliens. Others may assume that they are demons.

Are we all destined to be used in an afterlife similar to the Matrix?

And maybe the Grays reap our souls?

I don’t know. But I know that more than a few people in the US government believe that this is exactly what is happening. Let’s hope they’re 100 percent wrong.

Physicist is sure that millions of aliens live on Earth

Physicist is sure that millions of aliens live on Earth