US, WASHINGTON (ORDO NEWS) — A resident of one of the Polish villages some time ago noticed an incomprehensible object that flew so low above the forest that it touched the branches. He was able to take several photographs before the object he saw disappeared from sight. 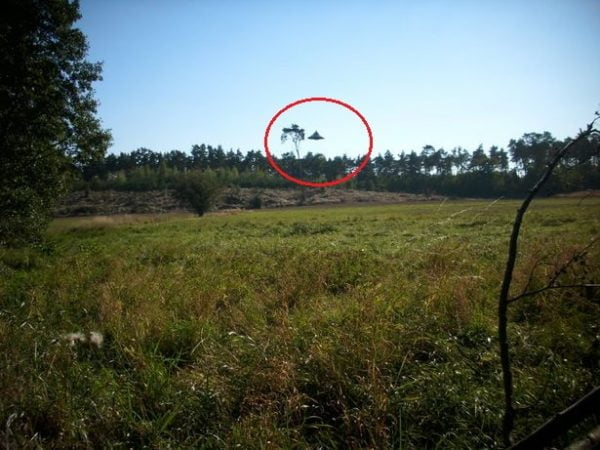 Recently, these images came to the ufologist Philip Mantle. He is sure that the photographs are real and a truly genuine object is fixed on them, and not some kind of fake or unusual natural phenomenon. In the pictures there is a strange object that flies low over a wooded area. Moreover, the object has a different position on all published photos, which is confirmed by the fact that it was shot during movement. This object is somewhat reminiscent of a baby top.

Mantle added that the photo was taken by a resident of Poland, who did not consider it necessary to introduce himself. He cycled past a forest near the village of Jastrow, which is located near Warsaw. Suddenly, a man heard a strange sound and saw a “spinning top” flying in the sky. The rustling arose when the object touched the branches of trees. During the flight of the “top” managed to make only five photos.

The UFO did not resemble a drone or some other flying mechanism known to mankind. The Pole felt that it was necessary to transfer the pictures to ufologists. He sent them to Robert Bernatovich, and he soon transferred them to Philip Mantle.

The pictures were repeatedly and carefully checked for the presence of Photoshop, but nothing of the kind was found. During the analysis of the images, a variety of factors were taken into account that could somehow give out a fake, but everything looks really authentic. The photos were even enlarged in order to consider whether there are any devices with which the UFO was suspended in the air. But this could not be found.

10 unexpected products, the demand for which grew during the epidemic

10 unexpected products, the demand for which grew during the epidemic