(ORDO NEWS) — A mysterious unidentified flying object (UFO) making strange movements on the asteroid Dimorphos a few minutes before the impact was captured by a NASA camera.

Ufologist Snakedos believes that the object seen near the asteroid Dimorphos may not be what it looks like.

At least for now, there is no hard evidence that this is a spacecraft, as the images are blurry and of poor quality. However, the object may be of extraterrestrial origin.

The first part of the mission was successful. According to plans, the main probe collided with Dimorphos , the smallest of the asteroids in the Didymos system.

DART sent back images every second as it approached the surface of the asteroid it was about to collide with. 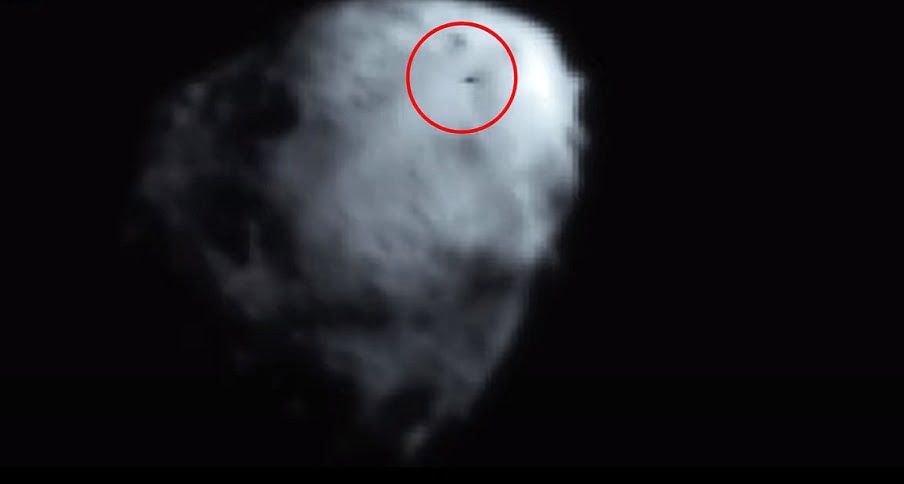 As the spacecraft gets closer to Dimorphos, you can see in the video how something ( UFO ?) in the form of a black shadow passes over the asteroid.

Recent images clearly showed regoliths, rocks, and sand rising from the asteroid’s surface. And the last frame, highlighted in red, indicated a loss of connection.

The DART team is currently determining the degree of change in Dimorphos’ orbit to test the impact of the collision on its orbit.

However, neither NASA nor the European Space Agency (ESA) have made any statements about the strange object that appeared just minutes before the impact with Dimorphos.

I wonder what it was?