US, WASHINGTON (ORDO NEWS) — Twitter on Friday masked a message from Donald Trump on the Minneapolis clashes, leaving it nonetheless accessible, to signal an “apology for violence”, raising the controversy with the American president who is seeking to escalate limit the protection of social networks and their latitude to moderate the content.

“These VOYOUS dishonor the memory of George Floyd, and I will not let that happen. Just speak to Governor Tim Walz and tell him that the army is by his side all along. At the slightest problem, when the looting begins , the shooting begins. Thank you! “Donald Trump tweeted Thursday evening.

The president, followed by more than 80 million people on Twitter, published this message, which can be interpreted as an incitement to the police to use their weapons, after the fire at a police station in Minneapolis during ‘a third night of confrontation after the death of a black man, George Floyd, during a muscular arrest by white police.

A few hours later, the American social network masked this tweet with a warning message, simply leaving the possibility to retweet it with comments but not to retweet it or to “like” it or respond to it. The tweet remains fully visible when you click on the message.

“This tweet violates Twitter’s rules on the praise of violence. However, Twitter believes it is in the public interest that this tweet remains accessible,” according to the social network.

On Thursday, Trump, outraged by Twitter’s attitude towards him who had first reported two of his tweets with the words “Check the facts”, signed a decree to limit the legal protection of social networks in order to according to him “to defend freedom of expression in the face of one of the worst dangers there is”. The decree should be the starting point for a long legal battle.

The two messages reported Tuesday claimed that the postal vote was necessarily “fraudulent” because subject to manipulation, an ultra-sensitive issue in the middle of the election year.

In signing the decree, Trump again denounced the “monopoly” of technology groups which he has long accused of having an ideological and political bias.

“They have the uncontrolled power to censor, edit, conceal or modify any form of communication between individuals and large public audiences,” he said.

Very active on Twitter, Mr. Trump has decided to attack, in the name of freedom of expression – and in retaliation, according to his critics – the famous Section 230 of the “Communications Decency Act”.

The cornerstone of the American internet, it offers Facebook, Twitter or YouTube (Google) immunity from any legal action related to content published by third parties and gives them the freedom to intervene on platforms as they wish.

The decree seeks to modify the scope of this 1996 law and states that immunity cannot extend to those who practice “censorship from certain points of view”.

“When powerful social networks censor opinions (…), they cease to function as passive forums. They must be considered and treated as creators of content,” states the text.

But for Democratic Senator Ron Wyden, Donald Trump mainly wants to “intimidate” social networks and attacks Section 230 “because it protects the right of companies not to have to harbor their lies”.

The decree constitutes “a flagrant and unconstitutional threat to punish the platforms which displease the president”, abounds the NGO American Civil Liberties Union (ACLU).

Twitter declined to comment, but Matt Schruers, president of the Computer & Communications Industry Association, a tech lobby, said this kind of “retaliation” was more worthy of “foreign autocracies than the United States.”

The debate on the sacrosanct status of hosting online platforms has been raging for months and goes far beyond the Trump-Twitter dispute.

On the left and on the right, voices have been raised in recent years to force the networks to take more responsibility – and therefore to better filter content.

The question is particularly sensitive in the middle of an election year turned upside down by the coronavirus pandemic which raises doubts about the methods of organizing the American presidential election on November 3.

– Censorship in the name of censorship? –

Mark Zuckerberg, founder and boss of Facebook, entered the battle by reminding Fox News on Thursday that in his opinion platforms should not be “the arbiter of the truth about everything people say online”.

But “a government that chooses to censor a platform because it worries about censorship does not seem to me to be exactly the right reflex,” he added.

“Whatever the circumstances, this is not how public policies are decided,” reacted the powerful US Chamber of Commerce. “A decree cannot be used to change federal law”.

Asked during the signing of the decree on the possibility of deleting his account, Donald Trump responded by attacking the media: “if we had an honest press in this country, I would do it in the second”. 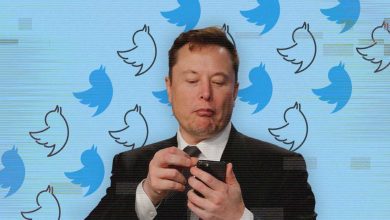 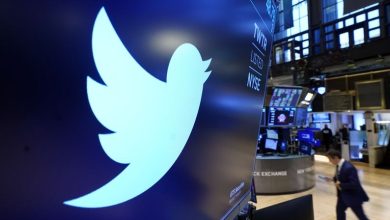