(ORDO NEWS) — Dramatically increase the size of televisions and reduce their cost has allowed the development of organic light-emitting diode technology.

A group of Japanese scientists was able to discover a new method for creating polymers in a suitable configuration.

Scientists at the University of Tsukuba in Japan have created a way to synthesize conjugated polymers in a helical configuration.

These carbon-based conjugated polymers produce an electrical current and are color changeable by chemical doping with other molecules.

Their oxidation state can also be rapidly switched by electrical voltage affecting the color. However, further progress in the field of OLED requires the emergence of new materials with new properties, such as circular polarization.

Scientists have presented a method for creating helical polymers based on a protective liquid crystal.

Polymers that have both optical activity and a luminescent function can emit circumferentially polarized light.

To do this, the liquid crystal molecules are initially in a straight configuration.

The addition of monomer molecules causes the liquid crystals to curl into a helix.

This gives the structure the property of chirality, orienting it either clockwise or counterclockwise, explained Professor Hiromasa Goto.

After the current is applied, the process of polymerization of the monomers starts. The liquid crystal template is removed and the polymer solidifies as a spiral.

By breaking mirror symmetry, he gains the ability to turn polarized light into a circle. The circles in the polymer not only promote electrical conductivity, but also help stabilize the helical structure.

Tests of the obtained polymer showed its high optical activity in visible wavelengths. Further application of this technology could lead to cheaper and more energy efficient electronic displays.

2 hours in front of the TV can lead to thromboembolism

2 hours in front of the TV can lead to thromboembolism 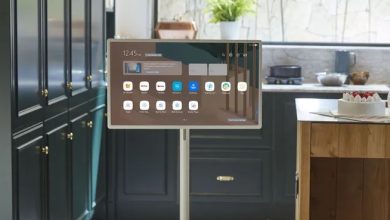 LG has created a TV that works independently of the mains