US, WASHINGTON (ORDO NEWS) — During its existence, Washington had a lot to see: marches, racial unrest, street battles, mass demonstrations and even the invasion: in August 1814, British “red uniforms” captured the city and set fire to a number of government buildings, including the White House.

But there have never been such shots from the capital as those that the Americans saw on their television screens on Monday. US President Donald Trump made a speech against a background of a battery of American flags in the White House Rose Garden. And beyond its territory, in Lafayette Park, on the opposite side of the famous Pennsylvania Avenue, the mounted police beat the protesters with truncheons and used tear gas against hundreds of people, most of whom went on a peaceful demonstration. While Trump spoke, explosions of stun grenades were heard.

After a couple of minutes it became clear what the purpose of this action was: the police cleared the way for the president to the historic church of St. John, a small church on the outskirts of Lafayette Park, where all American presidents have been attending services since 1816. 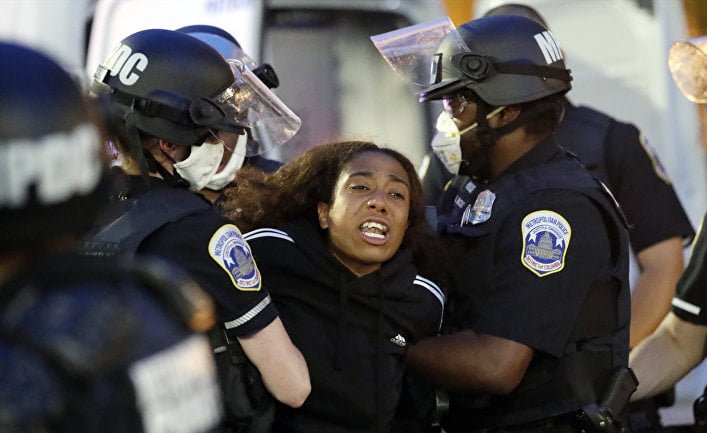 The night before, the rampaging fellows set fire to the basement of the church. The fire was quickly extinguished, and the church itself was not affected. But this did not stop Trump from declaring a “fire”. And now he, accompanied by half his own office and a group of journalists, with ostentatious humility visited the church, holding the Bible in his hand. Because of the puffs of smoke, people were literally panting and coughing incessantly.

For almost a whole week, the United States has been shaken by protests, accompanied by riots and looting – since Memorial Day, when a white policeman Derek Chauvin in Minneapolis killed African-American George Floyd. For several minutes, Chauvin pressed his knee on the throat of Floyd lying on the pavement, blocking the flow of blood and oxygen to his brain. In the end, Floyd passed away.

Forensic experts call this asphyxia; lawyers call it death. And while Americans are accustomed to the fact that white cops kill black people, this incident really shocked the whole country. 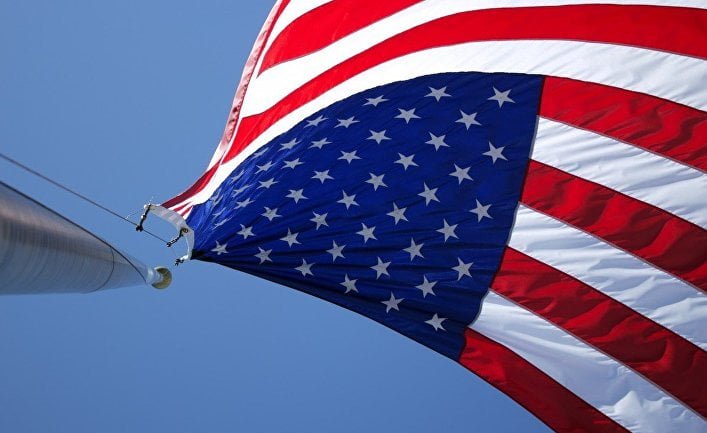 Until Monday evening, Trump stared blankly at the demonstrations, resulting in riots. He cursed on Twitter about allegedly left-wing radical demonstrators, the Antifa movement, the Democrats, and the media. During a conference call on Monday afternoon, he scolded state governors, calling them “weaklings,” allowing hooligans to do whatever they please. According to him, the governors should finally toughly intervene and send the National Guard against the crowds of demonstrators, which will arrest the participants in the riots. At the same time, Trump, however, was afraid to intervene personally – and take responsibility for solving the problem.

The pressure on trump has become too strong

In the end, he intervened on Monday evening. The pressure on him became too strong: with each new night, passing under the sign of unrest, he was increasingly criticized for displaying weakness. At the same time, the president’s popularity ratings fell sharply, and he is already significantly inferior to Democratic presidential candidate Joe Biden. So Trump’s speech literally became a transition to the offensive: he said that the riots were “not peaceful protests, but acts of internal terrorism.” At the same time, the president emphasized that he was “the president of law and order,” and if the governors and mayors of cities do not put an end to atrocities, he will have to take the army to the streets and “quickly solve the problem.”

According to the Insurrection Act, adopted back in 1807, the president has such a right. He can use the army, for example, to eliminate the consequences of disasters, as well as to suppress uprisings and riots.

So far, the president seems ready to give the state administration time to independently resolve the situation, but he no longer intends to endure the unrest in the capital. There have been demonstrations in front of the White House for several days, and last Friday the Secret Service even had to hide Trump for some time in the bunker – it was humiliating for the fearless, seemingly president. “While I’m talking here, I’ve already sent several thousand soldiers, army representatives and police officers to suppress riots, looting, vandalism, attacks and destruction of property,” he emphasized.

Thus, of all the options for overcoming the current situation, Trump chose the toughest. Instead of trying to resolve it, the president decided to further aggravate, threatening to direct the military against his fellow citizens. The individual political and legal details of this decision are not yet known, as well as which member of the Trump cabinet was in favor and who, perhaps, was against. One thing is clear: on Monday, several people from the president’s inner circle spoke out for a “hard line.”

For example, Republican Senator and Iraq War Veteran Tom Cotton advised the president to use an active army against demonstrators. He tweeted that there could be no excuse for the actions of atrocious bullies and looters. This advice, however, is contrary to international and American law. “100% correct,” Trump replied on Twitter. “Thanks, Tom!”

How Trump imagines an army operation in practice is not yet clear. Democratic governors, many of whom have already deployed the National Guard, are unlikely to allow the president to send an army into the streets of their state cities in a controversial situation against their will. New York State Governor Andrew Cuomo has already notified Trump that he does not need additional army units.

How the president will behave in the event of further escalation, if it comes to a quarrel with the governors, is unknown. The scenario in which he engages the 82nd Airborne Division in Los Angeles or Brooklyn is completely unthinkable – this would throw the United States in 1861. And then a civil war broke out in the country.

Most water bodies in the US are irreparably poisoned by PFAS