(ORDO NEWS) — The Letun trilingualism, or Xanthos trilingualism, is an inscription in three languages: standard Lycian or Lycian A, Greek and Aramaic, covering the faces of a tetrahedral stone stele called the Letunsky trilingualism, discovered in 1973 during archaeological research of the Leto temple complex (dedicated to the goddess Leto) near Xanthos, ancient Lycia, on the territory of modern Turkey. It was created when Lycia was under the rule of the Persian Achaemenid Empire.

The inscription is a public record of the decree authorizing the establishment of the cult, mentioning the deities and provisions for the new cult’s members. Lycian requires 41 lines, Greek 35, and Aramaic 27. These are not literal translations, but each contains some information not found in the others. Aramaic is somewhat abbreviated.

Although the use of the term “Letoon” in relation to the inscription and stele is unequivocal, there is no standard name for them. The trilingual Xanthos is sometimes used, which should be distinguished from the bilingual Xanthos meaning the stele of Xanthos. 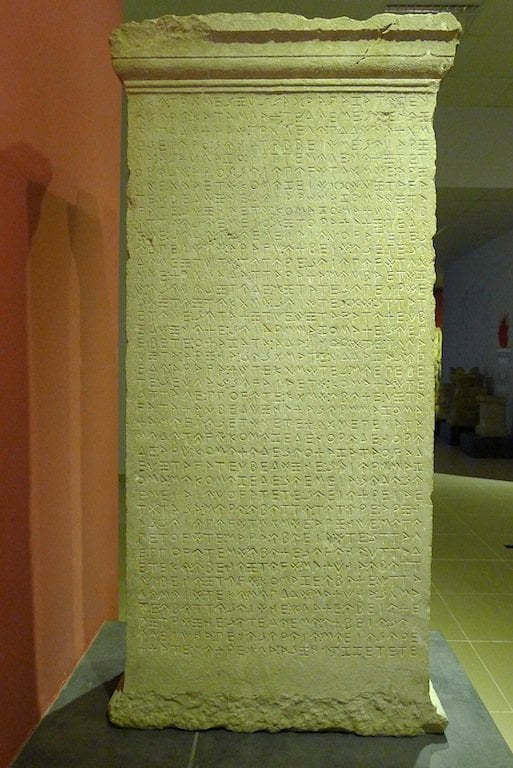 Part of an inscription in Lycian.

SUMMARY OF THE TEXT

Lines 1-5 of the Lycian text date the inscription to the reign of Pixodaros.

Lines 9-11: A certain Simias becomes a priest, his priesthood will be hereditary.

Lines 12-20: definition of the territory belonging to the temple and the salary that will be given to the priest.

Lines 20-24: A new tax is introduced on behalf of the temple, which will be levied upon the emancipation of a slave.

Lines 24-30: The proceeds from it are to be spent on sacrifices at the usual time.

Lines 30-36: The citizens of Xanth and the territory of Xanth swear to uphold these decrees. 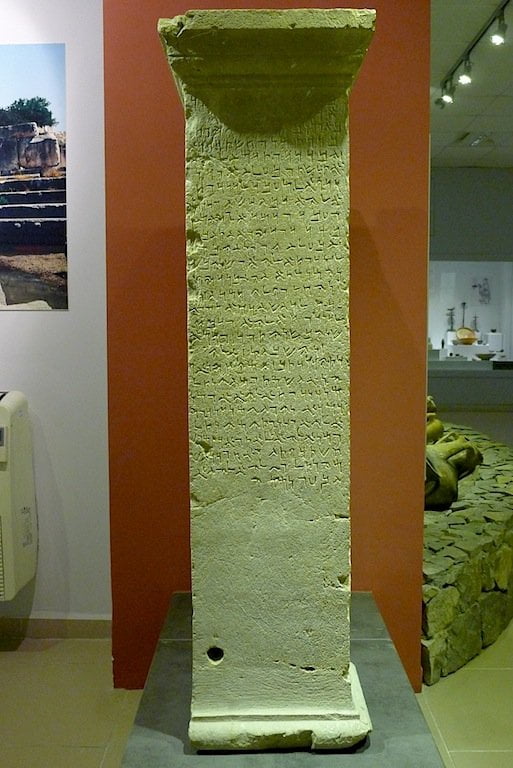 The following is a transliteration of sample strings with English translations: