(ORDO NEWS) — Contrary to popular belief, the games on the Play Store are not limited to fun farms and match 3 timekillers.

“Popular Mechanics” has found strategies, the level of complexity and elaboration of the gameplay of which is not inferior to analogues for the desktop computer.

Today we will tell you about the 10 best strategies for Android.

In this wonderful minimalist strategy with indirect control, the player does not need to give or plan orders, but to program the robots subordinate to him.

Those, in turn, must either destroy the enemy on the battlefield, or seize all the resources, or capture all the bases. With each new level, the algorithms of actions of the wards will become more and more difficult and sophisticated.

This game, considered one of the best strategies on Android, may seem complicated, but once you understand the basics, it will captivate you for a long time, and at the same time give you an understanding of the basic principles of creating computer programs.

The Plague became a hit upon release in 2012 and is still a must-read for every mobile gamer. Therefore, she entered our top best strategies for Android.

The game became especially popular when the coronavirus hit the world. At first glance, the strategy is simple and unpretentious, but it will not be possible to win immediately.

All that is required for success is to allocate points to a dozen or two ways of infection and characteristics of the disease so that every person on the globe gets sick.

The devil is in the details: for example, the small population of Iceland can only be infected if the pathogen has resistance to cold.

What could be better than conquering the entire universe? However, to begin with, you will have to go from the captain of the ship to the commander of the flotilla and the admiral of the galactic armada.

The graphics in the game are simple but nice, but the requirements for a smartphone or tablet are low. Locations are randomly generated, so you won’t get bored soon.

All this makes it one of the best strategies on Android. The level of difficulty increases quite quickly: this is worth considering if the main goal was to kill time Battlevoid is terribly addictive.

If you like it, you can try a similar game from the same developers Battlevoid: Sector Siege.

A tactical game in a fantasy setting from one of the creators of X-COM. The gameplay is challenging and fun, with elements of RPG, card games like Hearthstone and Magic: The Gathering, chess and poker.

Each battle is a turn-based duel of magicians who try to take more advantageous positions on the playing field and defeat the enemy with the help of summoned creatures.

Without a doubt, this game is rightfully included in our top 10 best strategies for Android. You can compete both with a computer and with people online.

This is a rather simplified and adapted to the specifics of the gameplay on portable devices, a symbiosis of elements of Heroes of Might and Magic, “Civilization” and Age of Wonders.

To win, you need to ensure the prosperity of your state, develop the army and successfully lead it through many battles. One of the best economic strategy games on Android, this game takes place in a fantasy world.

The creators of this strategy with good graphics on Android in real time are definitely fans of the “veterans” of the Command and Conquer and Starcraft series.

The game is made according to all the canons of classic RTS, and the requirements for the hardware of a smartphone or tablet are not high.

The path to victory passes through the construction, development and strengthening of bases, the creation of units, the control of territories and the destruction of the enemy. Everything is as dynamic as possible, and the graphics even by modern standards look decent.

The representative of the legendary series of epic games Total War is now available on the screens of smartphones and tablets.

A distinctive feature of one of the best military strategies on Android is the combination of turn-based strategic mode and tactical, in which actions are performed in real time.

The player will have to conduct military campaigns, build the economy, as well as diplomatic ties. In addition to the title of Ancient Rome, which is dedicated to the main story of the game, 19 different nations and factions are available.

The task is simple: collect cards, use them to build an army, throw it into battle and choose the right tactics.  The highlight of this, one of the most interesting strategies on Android, is a good balance of units and factions, as well as the transience of rounds.

For those who are not familiar with the Warhammer universe and have not played other PC or board games in the series, Age of Sigmar may lose some of its charm.

However, it will definitely attract fans of competitive games: the developers have focused on online battles.

An augmented reality mode is available, in which any surface around will become a battlefield – a table, a carpet or even a lawn in the yard.

According to the plot of the game, in the near future, very aggressive little green men suddenly attack the Earth. The gameplay is built around commanding a platoon of a state-of-the-art army special unit.

The player of this, one of the best strategies on Android about military operations, manages four subordinates: determines their goals, tactics of combat and development directions.

Enemy Within is considered one of the best games on the Android platform for its coherent campaign, excellent graphics, and a large amount of in-game content.

The Battle of Polytopia

In simple words, this is an interesting rethinking of “Civilization”, fully adapted to mobile devices and made in a fun cartoon style.

Thanks to the last feature, the game feels great on weak gadgets. As differences from his inspirer, one can note a greater emphasis on the exploration of territories and military operations, and less on diplomacy and the development of science. All this makes the game one of the best mobile strategies for Android.

Huawei is ready to share its Android replacement with everyone

Huawei is ready to share its Android replacement with everyone 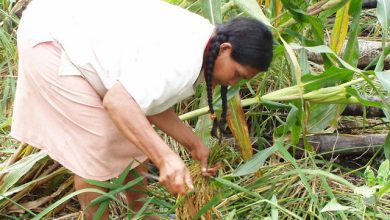 Why it’s time to stop texting on Android Messages