(ORDO NEWS) — The colonization of Mars is a path of long-term dependence on the Earth . Almost all the resources needed to build a settlement that ensures the regular stay of people will be delivered from Earth.

Nearly a year ago, NASA increased the cost of delivering cargo to the International Space Station (ISS) from $3,000 to $20,000 per kilogram, making food and a change of clothes which the crew cannot do without the most expensive essentials.

And this despite the fact that the ISS “hangs” at an altitude of about 450 kilometers from the earth’s surface, and the average distance from Earth to Mars is 225 million kilometers.

For a rapid fall in the cost of goods and / or services, it is necessary to fill the market with offers.

So it was with smartphones, computers, cars, and so it will be with space services. The only question is how soon this will happen.

And it will happen soon, given the number of private space companies that have emerged over the past 5-10 years.

In the US, for example, there are several dozen. It is noteworthy that the development of the private sector is directly supported by the state, which is interested in making space accessible.

However, the availability of launches into Earth orbit is only the beginning.

To colonize Mars, humanity needs companies capable of organizing interplanetary missions, and it is good that there are positive changes in this direction too.

For example, on May 24, 2023, the private American space company Rocket Lab will send its own Photon apparatus to Venus to study the atmosphere of the neighboring planet.

This will be the first ever scientific mission to another planet by a private company.

And the American space company Impulse Space, founded by Thomas Muller, the “father” of the Merlin SpaceX rocket engine, has planned the first ever commercial mission to Mars. Here we are closer to the goal!

Relativity Space has joined the Impulse Space plans, and now both “private traders” want to launch a probe into the orbit of the Red Planet and land the module on its surface.

The goal of Impulse Space and Relativity Space is to develop and reduce the cost of space launches.

Flight to Mars should be affordable

And it’s not just about having a rocket capable of sending people to another planet. It’s about making this flight accessible, attractive to investors who, on a gratuitous basis, want the article to be part of the great. 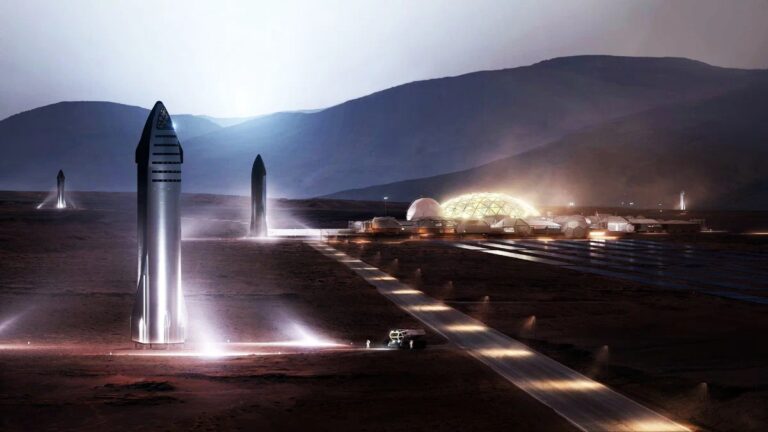 In order to settle on Mars, we need to develop the space industry so that interplanetary launches become something ordinary, easily and consistently implemented.

If we want to turn the Red Planet into a second home for mankind, then we must ensure that only two obstacles remain on the way to the goal: radiation and flight duration.

Given the speed of scientific and technological progress, it can be assumed that the first manned flight to Mars, which will initiate the colonization of the planet, will take place in 10-15 years.