(ORDO NEWS) — Time travel and time machines have been the subject of science fiction and countless films for decades. In fact, the ability to travel through time, both into the future and into the past, has captured the imagination of mankind for centuries.

While the idea that we can travel backwards or forwards in time may seem absurd to many, some of the world’s most distinguished scientists have explored the possibility that one day this will become a reality.

Albert Einstein, for example, came to the conclusion in the last years of his life that the past, present, and future exist simultaneously, and most people are familiar with his well-known concept of relativity.

That is, time is relative, not absolute, as Newton argued. With the right technology, such as a very fast spacecraft, one person can live for several days while another person lives only a few hours or minutes at a time. However, the wisdom of Einstein’s beliefs had very little impact on cosmology and science in general.

Most physicists are in no hurry to abandon the usual ideas about time. However, if time travel is indeed possible, it’s hard to imagine what it could mean for humanity.

Anyone with the ability to travel through time could change history. Although it may seem attractive, it would be impossible to know the consequences of any change in past events and how it will affect the future.

If you turn to ancient texts, you can find a number of references to time travel. There is a story in Hindu mythology about King Raiwat Kakudmi who travels to meet the creator Brahma.

Even if this journey did not last long, when Kakudmi returned back to Earth, 108 yugas had passed on Earth, and it is believed that each yuga is about 4 million years. The explanation given by Brahma to Kakudmi is that time flows differently in different planes of existence.

Similarly, there are references in the Qur’an to the Al-Kahf Cave. This story tells of a group of young Christians who in 250 AD, trying to escape persecution, retired under the guidance of God in a cave where God put them to sleep.

They woke up after 309 years. This story is the same as the Christian story of the seven sleepers, with some differences.

Another story comes from the Japanese legend of Urashima Taro, a man who visited the underwater palace of the dragon god Ryujin. He stayed there for three days, but when he returned to the surface, 300 years had passed.

The Buddhist text “Pali Canon” says that in the heavens of the thirty devas (the place of the gods) time passes at a different pace, where one hundred earthly years for them is considered one day. There are many more references to time travel in ancient mythology.

Probably the best-known story of accidental time travel is the Philadelphia experiment, which was allegedly carried out in 1943 to camouflage a ship and make it invisible to enemy radar.

However, the experiment is said to have gone horribly wrong as planned – not only did the ship completely disappear from Philadelphia, it was teleported to Norfolk and went back in time for 10 seconds.

When the ship reappeared, some of the crew were physically fused to the bulkheads, others developed mental breakdowns, some disappeared altogether, and some reported traveling to and from the future.

It is claimed that Nikola Tesla, who at the time was the director of engineering and research at the Radio Company of America, participated in the experiment by making all the necessary calculations and drawings, as well as providing generators. 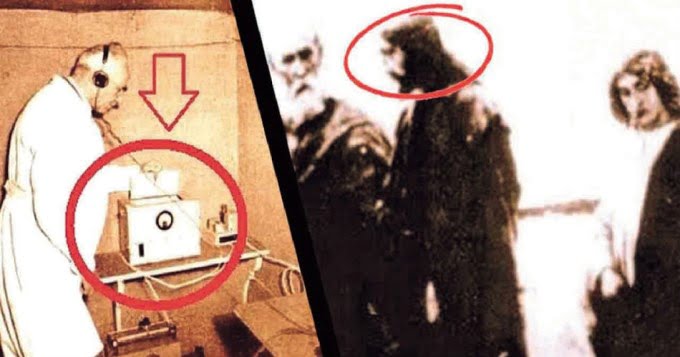 In 1960, we have another interesting case with the scientist Pellegrino Ernetti, who claimed to have developed the Chronovisor, a machine that allows a person to see the past. His theory was that everything that happens leaves an energy trail that can never be destroyed.

Ernetti allegedly developed a machine that could detect, magnify, and convert this energy into an image – sort of like a TV showing what happened in the past. 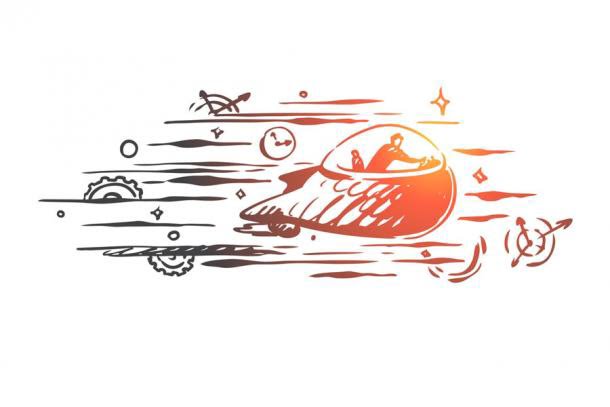 Whether the Philadelphia and Montauk experiments actually took place is still debatable. However, common sense would suggest that the military would definitely be interested in the possibility of time travel and do extensive research on the subject.

In 2004, Marlene Polman, a scientist, engineer and Mensa member with a bachelor’s degree, MBA and PhD, applied for a patent for a method for gravitational distortion and time shift. In 2013, Wasfi Alshdaifat filed another patent for a machine to compress space and slow down time that could be used for time travel.

According to PHYS.ORG, physicist Professor Ronald Lawrence Mallett of the University of Connecticut was working on the concept of time travel in 2006 based on Einstein’s theory of relativity. At the time, Mallett was absolutely convinced that time travel was possible.

He predicted that human time travel would become possible in our century. Particle physicist Brian Cox, in a 2013 article in HuffPost, agreed that time travel is possible, but only in one direction.

We also have the mysterious story of Ali Razeki, the managing director of the Iranian Center for Strategic Inventions, who claimed to have developed a device that could see 3 to 5 years into the future. However, very quickly all his accounts on the Internet were deleted and he himself disappeared without a trace.

Theoretically, time travel is possible, even if it is difficult to comprehend. Did the above research lead to time travel becoming a reality?

Is the Great Pyramid of Giza a huge space machine?

Is the Great Pyramid of Giza a huge space machine?