US, WASHINGTON (ORDO NEWS) — World oil prices will fall for some time due to the negative impact of the coronavirus epidemic, but sooner or later the economies of different countries will “recover” and require more resources.

Then Russia and Saudi Arabia will again agree on how to increase prices, and shale oil production in the US will resume again, Time predicts.

Over the past three years, Russia and Saudi Arabia have adhered to the terms of the previously concluded “deal” and have used their collective influence on the market in a coordinated manner to put an end to the drop in oil prices through stringent restrictions on oil production. However, recently this whole construction collapsed, since neither side wanted to make concessions anymore, Time writes.

The Saudis, amid the declining demand for oil due to the coronavirus epidemic, intended to proportionally reduce production in order to keep prices stable, but the Russians unexpectedly “became stubborn, and with unbending rigidity,” the article says.

Then Saudi Arabia “decided to teach Russia a lesson” and promised to “fill the market” with crude oil, while further reducing prices for buyers in the European market, which is the most important for the Russian oil industry, the author explains. As a result, in just a few days, crude oil prices in the world fell by 30%.

It seems that the Saudis wanted to demonstrate in this way to Moscow: “The price has now decreased for both of our countries, but we are taking away a larger market share than you. Would you like to talk? ” – writes Time. However, a solid “no” came from Moscow , the article emphasizes. According to the author, Russia’s position in this dispute sounds something like this: “There is no need for conversation. Our economy depends less on oil exports than yours, and our funds accumulated on a rainy day are larger than yours. We are ready to deal with pain for a long time. Can you? Let me know when you change your mind.”

As a result, an “oil war” broke out in the world , into which more and more new parties began to get involved, Time reports. At the same time, Russia not only “scornfully dismissed the Saudis, ” but also put forward its claims to Washington, which the author believes are as follows: “Let’s be honest: you Americans have sanctioned us precisely because you want to harm our oil industry for your own. That is how you became the world’s largest oil producer in recent years – by attacking, driving our companies out of the market. And now – would you like to try the same thing? Today, reduced prices are Russia’s big trump cards.”

It seems that the Russians are hoping that due to low oil prices, US President Donald Trump will also be “between a rock and a hard place,” the article says. The production of American shale oil remains more costly than traditional production methods used in Russia. Therefore, reduced prices are likely to push many small producers in the USA to bankruptcy, the author notes, and the Kremlin is unlikely to regret it: “It is unlikely that Vladimir Putin will be upset by the current fall in the stock market in the US. And the fact that less money will be invested in alternative fuels than hydrocarbons will be saddened by the Russian president at all, moreover, on a global level.”

It can be assumed that this “oil war” may continue for several months, since the leaders of Russia and Saudi Arabia do not intend to give up quickly, Time writes: “Each of them believes that he has the best weapons, at least for the moment. Putin remembers that it was the sharp increase in oil production by the Saudis in the 1980s that helped the enemies drown the Soviet Union. ” In addition, the American president currently has plenty of other problems, so Moscow is unlikely to be afraid of a “serious counterattack” by Washington, the article says.

However, Putin must understand that he is “playing a dangerous game,” the author emphasizes. The Central Bank of Russia has already issued a warning that a drop in oil prices to $ 25 per barrel will put the Russian economy in a recession. And this is unlikely to please Russian voters, Time notes: “If Putin injects too much of his available cash into the economy to compensate for the drop in oil prices, Russians may have to pay taxes much higher. And while Putin has so skillfully used his “rainy day funds,” he knows that today we live in a world in a state of storm.”

In addition, Putin is required to know that destroying American shale gas producers is not so easy, the author warns. These are small companies that can actively conduct their business when oil prices are at a fairly high level to ensure profit – or leave the market again if low prices dictate it, Time explains.

For some time, prices will likely remain low, as the coronavirus pandemic around the world has a negative effect on all sectors of the economy, reducing oil demand. But sooner or later, economies of different countries will be able to “recover” again and begin to demand more oil, the article emphasizes.

Then Russia and Saudi Arabia will conclude a new agreement on how to jointly increase prices in the oil market, and shale oil production in the United States will resume again, the author is sure. In the meantime, experts can only figure out to what level the participants in the current “oil war” will be ready to “play for a fall.”

The worst is behind: oil rises in price with the growth of business activity in the world

The worst is behind: oil rises in price with the growth of business activity in the world 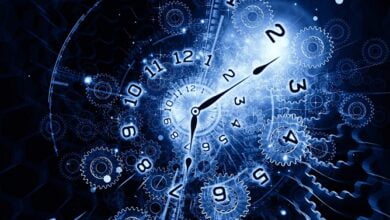