(ORDO NEWS) — Humanity must prepare for thousands of new viruses and diseases to cross over from animals to humans in the coming decades, a new study says.

Scientists call climate change the main culprit of this process. It will start in Southeast Asia, one of several high-risk hotspots, according to scientists.

A Georgetown University study titled “Climate Change Increases Risk of Cross-Species Virus Transmission,” published today in the journal Nature, predicts that at least 15,000 new cross-species viral transmissions will occur by 2070. This will happen if global temperatures rise by 2 degrees Celsius.

A warming climate of this magnitude will lead to massive displacement of wildlife as they seek to adapt to changing environmental conditions. At the same time, the study clarifies that such scenarios are likely to already occur.

Many animals will carry their parasites and pathogens to new areas, potentially setting off a chain reaction of viruses and disease. As animals migrate, species often encounter each other for the first time, creating unique opportunities for virus transmission, the researchers say.

The study predicted that an increasing number of new infectious diseases will be transmitted from animals to humans in the next 50 years, especially in Africa and Asia.

Computer simulations have identified potential hotspots for the future of virus sharing. Wildlife migration is predicted to result in at least 15,000 viral transmissions between species by 2070 due to climate change.

Densely populated cities in tropical Asia and Africa are potential hotspots for the spread of viruses in the future, researchers say.

The study noted areas of high population density in parts of Asia and Africa, as well as broad tropical regions where zoonotic spread is known to occur most frequently. 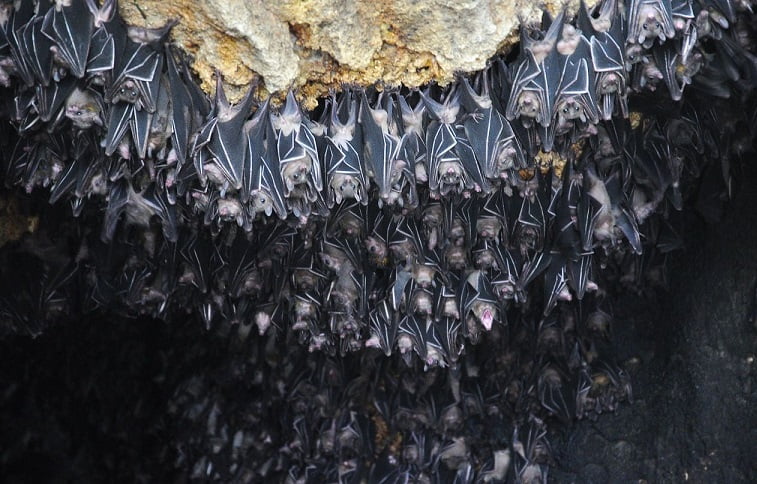 Bats are likely to become a key carrier and transmitter in the future, the study says.

“Because of their unique ability to spread, bats account for the majority of new viral exchanges and are likely to share viruses along evolutionary pathways that will facilitate future emergence in humans,” the study authors wrote.

“Surprisingly, we are finding that this ecological transition may already be happening, and keeping warming below 2 degrees Celsius for a century will not reduce future virus sharing.”

The study calls for increased surveillance and monitoring of the movement of various animals to manage this risk.