(ORDO NEWS) — Scientists don’t always like being right: climatologists warned in a study published in 2017 that the St. Patrick Bay glaciers in Canada would soon disappear.

The latest satellite images from NASA show that their predictions have sadly come true, and even faster than they expected.

Scientists at the National Snow and Ice Data Center (NSIDC) at the University of Colorado at Boulder originally predicted that the disappearance of the ice caps in St. Patrick’s Bay would occur within five years, but it actually took only three.

The glaciers, which were several centuries old, were more than 10 square kilometers in size, have now disappeared. This is a sign of climate change that is gaining momentum around the world and shows no signs of stopping.

“When I first visited these glaciers, they seemed to be eternal,” says geographer and NSIDC director Marc Serrez. “It’s incredible to see them disappear in less than 40 years.” 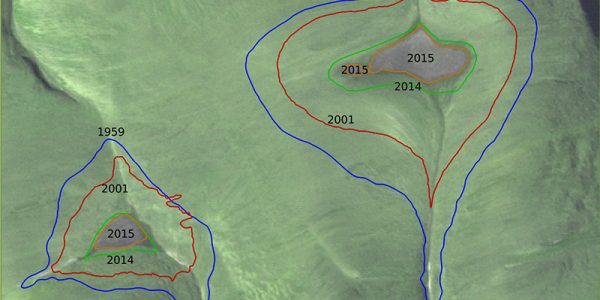 Images taken with the Advanced Space Radiometer for Thermal Radiation and Reflection (ASTER) on NASA’s Terra satellite show no traces of ice in St. Patrick’s Bay. Ice in this region is unlikely to return anytime soon.

The two extinct glaciers are part of a group on the Hazen Plateau, in the north of Ellesmere Island in Nunavut, in the Arctic Archipelago, one of the most northern points of Canada.

There is no doubt what is going on. Although the glaciers of St. Patrick’s Bay are not the two most famous or significant points of geological interest in the world, they are a small microcosm that reflects what is happening to our planet as a whole.