(ORDO NEWS) — They are incredible. Amazing. Magic. But perhaps the most fantastic thing about lucid dreams – when the dreamer becomes aware that they are dreaming – is how realistic they seem.

Unfortunately, only about half of us will ever experience lucid dreams in our lives, and attempts to induce this phenomenon have had mixed results. But a study published in 2018 found one of the most effective ways to induce lucid dreams.

Drawing on their own previous research, scientists at the University of Wisconsin-Madison and the Lucidity Institute in Hawaii set out to find out how chemicals called acetylcholinesterase inhibitors (AChEls) can promote lucid dreaming.

The neurotransmitter acetylcholine is thought to help regulate REM sleep, and AChEls help this compound build up in the brain by inhibiting an enzyme (called acetylcholinesterase) that inactivates acetylcholine.

It just so happens that a common drug used to treat memory impairment in Alzheimer’s disease, known as galantamine, is a fast-acting ACEI with few side effects, so the researchers recruited 121 participants to see how the drug would affect their ability to have and recall lucid dreams.

It is worth noting that these volunteers were not ordinary people, but enthusiasts with an interest in dreams who had also been trained in dream induction protocols (including the so-called MILD technique).

When these cognitive trainings were combined with galantamine, clear things began to happen.

For three consecutive nights, participants took increasing doses of the drug, starting with placebo, then 4 mg, and on the final night, 8 mg.

Each night, the participants woke up 4.5 hours after the lights went out, practiced the dream induction technique, took the capsules, and went back to sleep.

Combining the induction technique with an Alzheimer’s drug seems to actually help induce lucid dreams, and the higher dosage was more potent.

“This combined protocol resulted in a total of 69 of 121 participants (57 percent) successfully having lucid dreams on at least one of two nights with an active dose of galanthamine,” the researchers wrote in their 2018 paper.

This is important because, in addition to helping people enjoy fantasy dreams in which they can control what happens, it can also help explain the connection between lucid dreams and consciousness and help people confront their fears and process trauma during safe sleep.

“This new method is finally having the success rate we need to be able to properly conduct research into lucid dreaming,” psychologist Denholm Aspie of the University of Adelaide in Australia, who was not involved in the study, told New Scientist at the time. .

Until we know more about the safety of this technique, no one should experiment with galantamine on their own. But once more research is done, these finds could eventually open up an almost limitless world of imaginary fun and adventure.

“When I ran my hand over a brick wall … I could feel the rough texture and outline of the individual bricks,” says one of the team members, cognitive neuroscientist Benjamin Baird of the University of Wisconsin-Madison, recalling his own experience with galantamine.

It’s like a holodeck in Star Trek, where you can experience every sensation imaginable.”

Scientists have been able to penetrate people’s dreams

Scientists penetrated people’s dreams and made them talk

Scientists have been able to penetrate people’s dreams

Scientists penetrated people’s dreams and made them talk 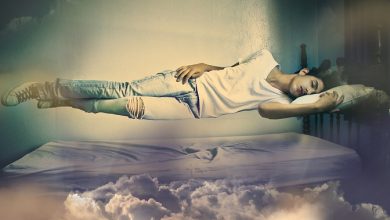 Psychologists have developed a technique for inducing lucid dreams