Video footage, radar surveillance data, and testimonies from former Defense Department officials have introduced millions, if not hundreds of millions of people around the world, to the topic and given it legitimacy.

This caused concern among UFO researchers, who spent decades providing credible sources showing that the phenomenon was indeed “something real and not a vision or fiction,” as Air Force General Nathan Twining explained in 1954.

The fact that this legitimization came after what Roscoe Hillenkotter, the CIA’s first director, called a decades-long campaign of “secrecy and ridicule” is thought-provoking.

We live in an era where authoritarian Orwellian “fact checking” patrols the Internet, telling people what is and isn’t.

Any evidence, opinion, or discussion that questions what governments are telling us about a particular topic is censored. The UFO theme will not be different. Governments, as always, want to control the narrative.

What we are likely to receive and are already receiving from governments regarding UFO transparency is a sanitized version that is most likely in the government’s interest and does not represent the phenomenon in an accurate or adequate manner.

The process of “UFO transparency” is accelerating exponentially. Congressional hearings on this topic will be held next week in the US. Pentagon spokesman John Kirby said they still have no idea what these objects are, but they are real and usually spotted around military training bases. 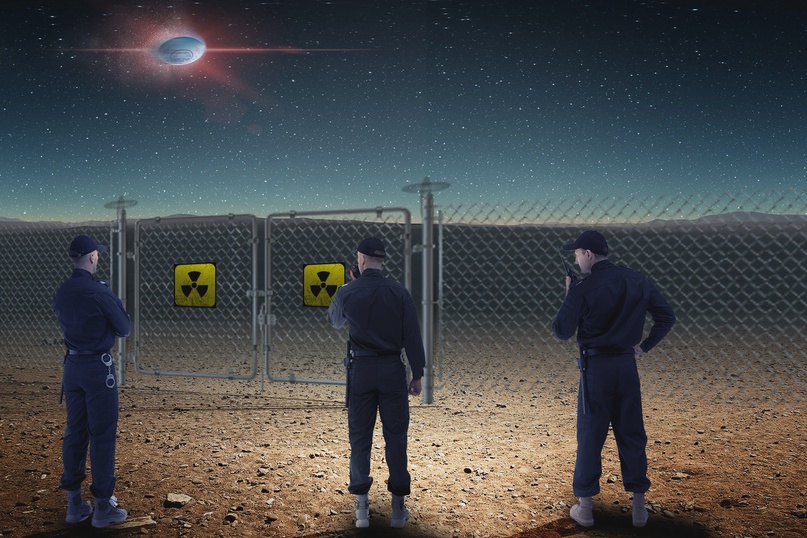 For any seasoned UFO researcher like me, this is simply not true. Yes, they are often seen around military installations, especially nuclear weapons and weapons production facilities, but in my opinion, governments, or at least some members of the government, already know what some of these objects are.

There are certain versions that will never be introduced into the mainstream. As for the reasons, that is another topic. It is no secret that crises, fear and panic are very beneficial for governments and organizations such as the World Economic Forum.

However, in this article, we will focus on the connection between UFOs and our nuclear weapons and offer a purely speculative explanation for why they seem to be obsessed with them.

UFOs have long been sighted by civilians and the military near nuclear weapons storage and production facilities. In June 2021, Luis Elizondo, former director of the Pentagon’s aerospace threat detection program, emphasized this fact in an interview with the Washington Post.

He explained that this is a global phenomenon, that these objects interfere and completely disable the ability to launch nuclear weapons. We are talking about the fact that these objects “hacked” the most protected and advanced military installations. In some cases, they even started a countdown to launch.

There are a number of examples. In 1967, military witnesses at Malmstrom Air Force Base in Montana saw a red glowing UFO hovering just outside the front gate. After that, all nuclear missiles turned off and became completely dead.

A similar incident occurred in 1980 near RAF Woodbridge in England, which was then used by the United States Air Force (USAF).

Air Force officials, including the base’s second-in-command, Lt. Col. Charles I. Hult, described the incident and the ship as a glowing metal object that split into several objects and eventually illuminated the nuclear weapons stored at the base with a beam.

The Bentwaters incident had no defense significance, according to a statement from the British Ministry of Defence.

It didn’t make much sense – how can you say that a colonel at a nuclear weapons facility and his subordinates either experienced what they experienced, or collectively experienced a giant hallucination that had no defense significance?

One might think that any of these explanations would be quite significant.

So what is this explanation? 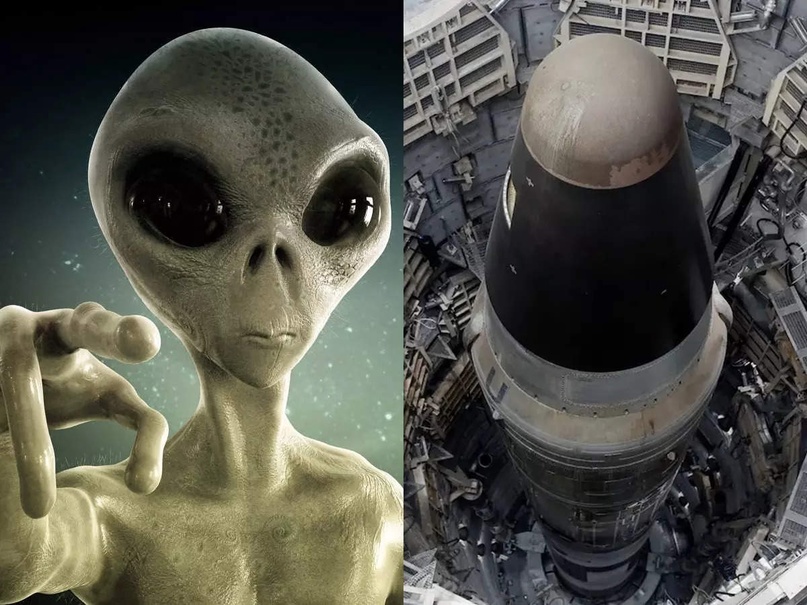 We are playing with fire

One explanation could be that we are playing with fire. Perhaps the inhabitants of these facilities, or those who operate them from a remote location, are warning us of the danger posed by nuclear weapons. As you know, a nuclear war will completely destroy our planet and kill almost all life on it.

Perhaps there are other civilizations on other planets that have reached our stage of technological development only to destroy themselves? Some believe that this is what happened to Atlantis here on Earth in the past.

There is reason to believe the first explanation, if you dig into the legends associated with this phenomenon. Stories of beings visiting humans and expressing their concerns about us, our planet, the direction we are headed, and our ability to destroy ourselves are fairly common. 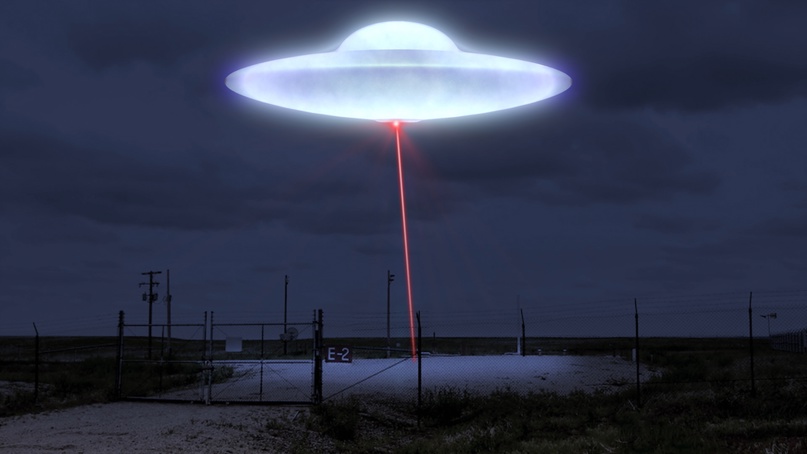 For example, in 1994, more than 60 schoolchildren in Ruwa, Zimbabwe, witnessed a spacecraft landing in a schoolyard. Several creatures emerged from the ship, apparently seen by the children.

What is striking about this story is that all the children interviewed by many, including Harvard psychiatrist Dr. John Mack, told exactly the same story. They did it in such a precise manner and seemed to be completely sincere about their experience, which is not at all difficult for children.

Another notable fact about this case is that the children’s drawings of objects and creatures were extremely consistent with each other. According to Mack, they told the story as if it really happened, they believed what they were saying, and there were no signs of psychosis or delusions among the children.

As with many other instances of alleged contact, the children were warned of the direction in which humanity is heading and how we are slowly destroying our planet and all life on it.

US Air Force Colonel Ross Dedrickson was assigned to the US Atomic Energy Commission and served from 1950-1958.

It is common knowledge that a declassified report from the Air Force Atomic Weapons Center dated June 1959 shows how seriously they considered the plan, called “Project A119”.

In general, they wanted to explore the possibility of using weapons in space, as well as gain a deeper understanding of the space environment and the detonation of nuclear devices in it.

Professor Robert Jacobs (the first officer to be awarded the Air Force Distinguished Missile Commendation), who was the officer in charge of optical instruments at Vandenberg Air Force Base, was responsible for monitoring the instrumentation of every missile that went to the range.

In those days, nuclear missiles were called “International Ballistic Missiles” (ICBMs) because most of them exploded on launch. It was also their job to provide data on why they exploded so they could provide the engineers with a good enough engineering sequence to see what was wrong with the rocket as it took off in flight.

According to him, the UFO deactivated the test launch of a nuclear weapon while it was in the air. 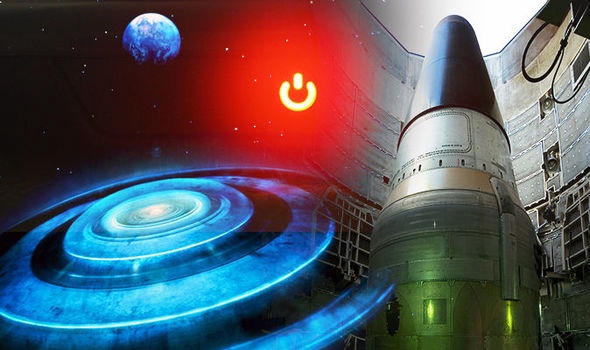 The number of examples from “trustworthy” people goes on and on. Perhaps there are benevolent forces that care about us and the preservation of our planet.

This may be one reason why these objects and their inhabitants, whatever they are or where they come from, seem to be so concerned about our nuclear weapons ever since we started making them.

This phenomenon has been documented not only in the last century, but throughout the millennia through art, the advent of the printing press, and more.

One might think that if there were any real hostile intentions, they would have already manifested themselves. But the phenomenon is complex, with many benevolent and seemingly malevolent factors associated with it.

It is clear that whatever these objects are, they are hundreds, thousands or even millions of years more technologically advanced than we are.

These objects were filmed, tracked by radar, and observed simultaneously, performing maneuvers beyond our understanding of physics and aerodynamics. Here is an exciting case from Iran if you want to know more about it. This is one of thousands of examples. 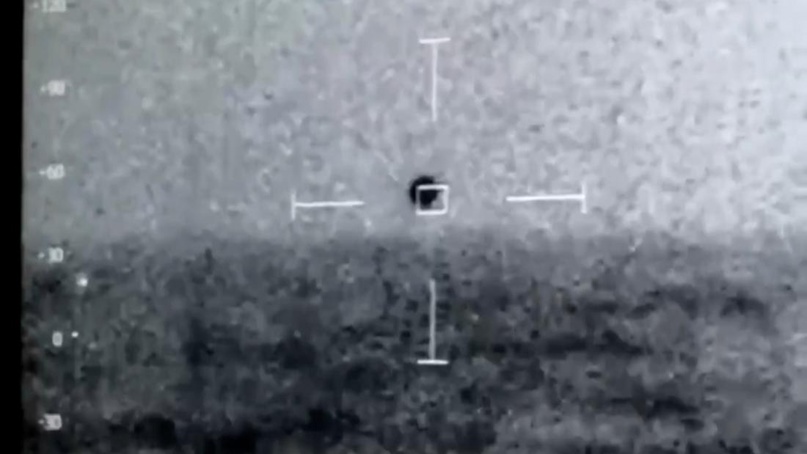 Christopher Mellon, Deputy Assistant Secretary for Intelligence from 1997 to 2002, describes a US Navy video released in 2017,

“In some cases, according to accident reports and interviews with military personnel, these vehicles descended from over 60,000 feet at supersonic speeds, only to suddenly stop hovering just 50 feet above the ocean.”

The fact that the countdown for our nuclear weapons has even been triggered by these objects is quite disturbing and perhaps a display of dominance.

But we do not know much, perhaps these creatures are so concerned about the fate of our planet that our very existence is a threat to it? Therefore, any hostile act will actually be an act of good will. Something like that.

Perhaps the detonation of a nuclear weapon somehow affects their own performance and ability to control their ship in our atmosphere? Perhaps the energy of a nuclear explosion has some kind of negative effect on space-time, other dimensions, or something else that we have to understand? 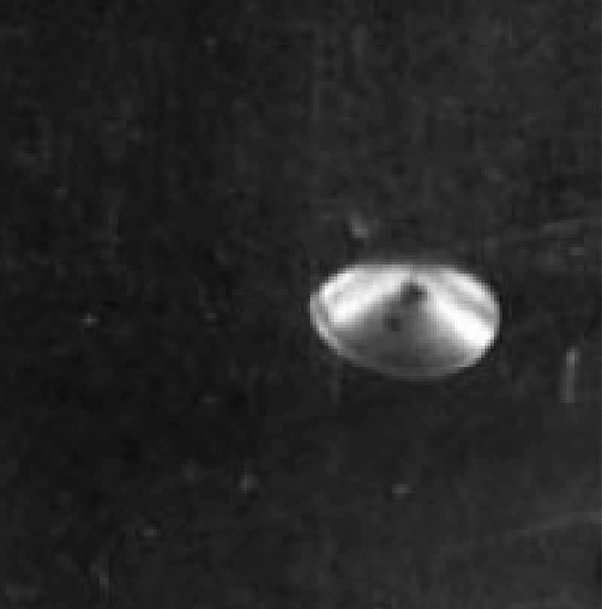 It is difficult to say, almost impossible to say, but given that these objects have such advanced characteristics and have existed for thousands, if not millions of years, it is not possible to react to them with hostility and aggression.

Perhaps when these civilizations themselves, wherever they come from, and if they are extraterrestrial and/or extradimensional, went through the same stages of technological development as we do, and also experienced the same problems with nuclear weapons technology?

Hermann Oberth, the founding father of rocketry and astronautics, also known as the “father of space flight,” declared that “flying saucers are real” and that “these are spaceships from another solar system.”

He believed that they were “piloted by intelligent observers who are members of a race that may have been exploring our Earth for centuries.”

He wrote these words in the article “Flying Saucers Come From a Far World”, The American Weekly, October 24, 1954, and opined that ” UFOs are a kind of sentinel, just there to watch and report; because humanity, gifted as inventors and explorers as we are, but remaining politically and morally at our stage of development, is a threat to the entire cosmos.”

Miners will help humanity to colonize the Moon and Mars

Miners will help humanity to colonize the Moon and Mars