(ORDO NEWS) — Spanish paleontologists have discovered the victim of a crime that occurred almost half a million years ago. According to scientists, this is possibly the first murder in the history of mankind.

The discovery was made on the territory of the Sierra de Atapuerca in the area of ​​the Spanish city of Burgas, the results were published in the journal PLoS One (2015). 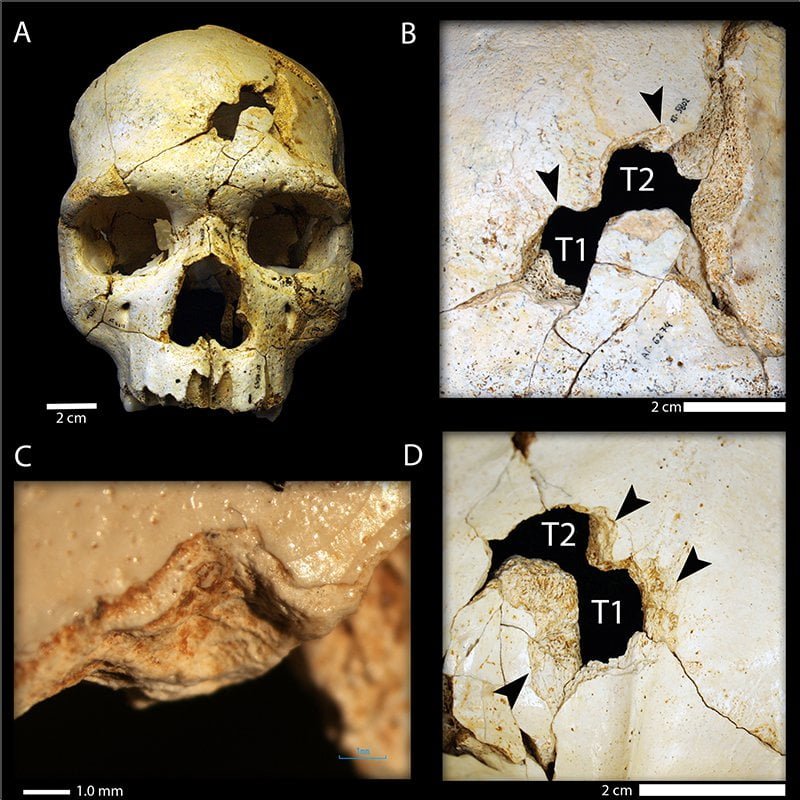 This famous archaeological site is full of paleontological and archaeological finds that shed light on human evolution. One of the caves of Atapuerca is called “Cleft of Bones” (Sima de los Huesos). Over the years, paleontologists have found there about three dozen complete skeletons of proto humans and about four thousand separate bones.

Research, among other things, includes the reconstruction of remains from disparate fragments. One of the results turned out to be phenomenal: after restoring the skull of an ancient man from 52 fragments (it took two decades), scientists found clear signs of violent death on it.

The specimen is registered in the registry as “Skull No. 17”; on his frontal bone above the left eye socket there are two breaks left by the same object. This eliminates the possibility that the owner of the skull died while hunting, from a fall from a height or from a predator attack. The version of an accidental collision with some object is also excluded: this cannot happen twice in a row. Most likely, death occurred as a result of blows with the same instrument of labor inflicted during some kind of conflict. It was these blows that caused death.

The remains are at least 430 thousand years old, and at the moment it is the oldest evidence of the murder of a person by a person. So far, the best studied and documented evidence of such conflicts in the Neolithic era. The new finding proves that interpersonal violence has historically been at the core of human behavior.

The Mystery of Ceres: the reason for the formation of bright regions on the surface of a dwarf planet

The Mystery of Ceres: the reason for the formation of bright regions on the surface of a dwarf planet