(ORDO NEWS) — Planetary nebulae are basically “slow explosions” in space that expand and then disappear over tens of thousands of years. But recently, the Hubble Space Telescope has witnessed a sharp decrease in the size of the nebula in just 20 years!

Astronomers were surprised to find that the beautiful Stingray Nebula has lost all its beauty in just 20 years and has sharply decreased in size.

When stars of a certain size begin to die, they turn into red giants, shedding layers of dust and gas. Eventually, the star turns back into a white dwarf, which heats up the material around it until it starts to glow. This phase usually lasts tens of thousands of years, so from our limited human point of view, these celestial fireworks appear frozen in time.

But nebulae are still dynamic objects, and new observations from Hubble have made this even clearer. The Stingray Nebula derives its name from its gorgeous aqua and a billowing outline reminiscent of a soaring stingray, which is particularly striking in the famous 1996 photograph: 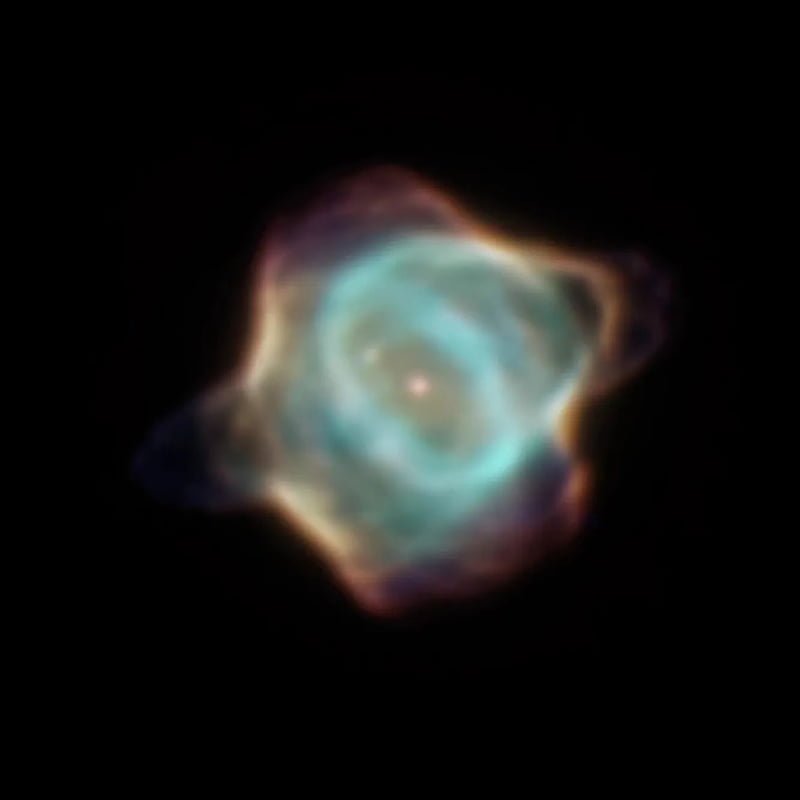 However, it is in stark contrast to images taken in 2016, which show a much fainter and shrunken nebula that no longer looks like a stingray. The blue tones of the inner rings and the threadlike structures of the outer regions have all but disappeared.

The glow emitted by the main components of the cloud – hydrogen, nitrogen and oxygen – dimmed sharply, while the release of oxygen decreased by almost 1000 times. Usually, nebulae become fainter over time, but increase in size, but this is clearly not the case.

“It’s very, very dramatic and very strange,” admitted Martin A. Guerrero, author of the study. “We are observing the evolution of the nebula in real time. And already now we see changes that we simply cannot explain. ”

Researchers associate the nebula’s rapid changes with a star in its heart, which is unusual in itself. SAO 245567 is a white dwarf that, as shown by previous observations, is also undergoing rapid transformations: from 1971 to 2002, its temperature rose by 38,000 ° C. Since then, it has cooled down again, darkening the surrounding nebula.

Astronomers can’t be sure what will happen next, but they speculate that if the current decay rate continues, the Stingray Nebula could nearly disappear from the night sky in the next 20 or 30 years.