(ORDO NEWS) — Computed tomography showed that the remains of the baby-like mummy were actually just dirt and grain molded into the shape of Osiris, the Egyptian god of death.

Two sarcophagi have been exhibited at the National Maritime Museum in the Israeli city of Haifa for a long time. Official records of the museum indicated that there were mummies inside, but many employees doubted this. So, having sent a 3000-year-old sarcophagus for research, scientists discovered that there was just dirt and grain inside.

Marcia Javitt, director of the medical imaging department at the Rambam center, initially thought that the larger of the two sarcophagi could still contain a human body inside, namely a child. However, computed tomography has refuted these assumptions. 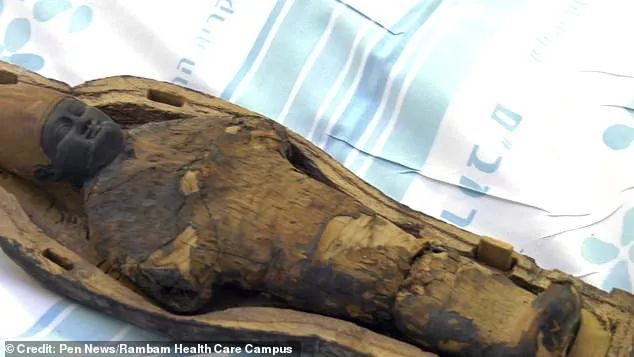 “This is known as the ‘grain mummy’ or ‘corn mummy’. They are made of dirt and grain, are shaped like a mummy and symbolize the god Osiris, ”commented Ron Hillel of the National Maritime Museum.

In another sarcophagus, a mummified bird was found, most likely a falcon. This animal is closely associated with Horus, the god of kingship and heaven. 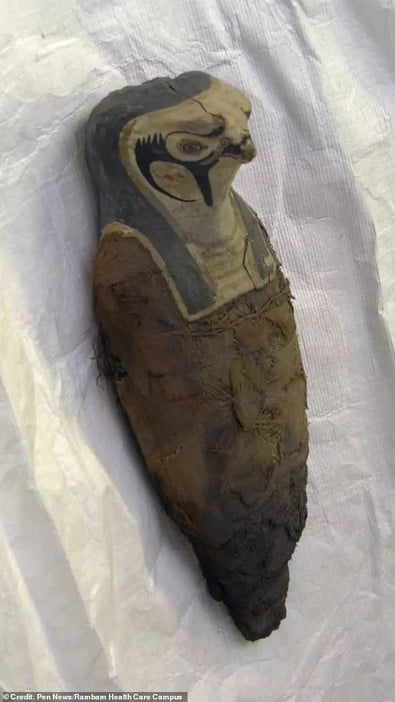 The circumstances under which the mummies were originally discovered before entering the museum remain unclear. The researchers say they do not know the original burial site of these objects. Perhaps they were buried in the tomb of the pharaoh, as an offering to the gods on behalf of the deceased.

“In ancient Egypt, certain artifacts and even some animals were placed in the tomb of the deceased. And birds in Ancient Egypt played a very important role, because they were considered protectors, so they were often put in the tombs of the pharaohs, ”archaeologists comment.