(ORDO NEWS) — According to scientists, there are more than 500 thousand islands on our planet. Most of them are located near Japan, Indonesia, the Philippines, Norway and other countries. In our view, the islands seem to be heavenly places where palm trees grow and exotic birds sing. However, there are islands in the world that you definitely would not want to get to.

Stepping on these plots of land, you can contract deadly diseases, become victims of predators and simply disappear for inexplicable reasons. But for what reasons did these islands become such dangerous places? In some cases, nature so ordered, but, for the most part, the islands have gained a bad reputation due to the fault of people. Let’s take a look at some of the most dangerous islands on Earth and find out why they are considered such?

You have probably heard about this island many times. Perhaps, not a single documentary film about the unusual places of our planet can do without mentioning this “lair of snakes”. Located 35 kilometers off the coast of Brazil, the island is home to thousands of bothrops insularis snakes. The bite of these creatures up to 1 meter long causes tissue necrosis, gastrointestinal bleeding and other dire consequences. Visiting this island is prohibited, but sometimes groups of tourists come to it accompanied by guides. 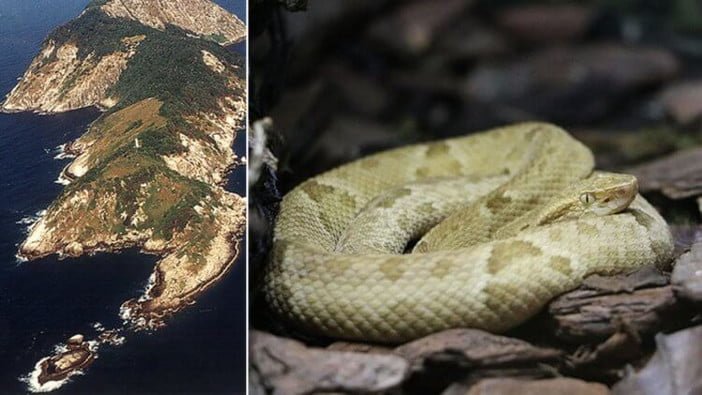 Poisonous snakes were on the verge of extinction, but nature protected them in the most unusual way. The island was once connected to the mainland, but rising sea levels led to the flooding of the “bridge”. Island bothrops cannot swim, so they are trapped. For a long time they actively reproduced and ate other animals, so now they occupy almost the entire area of ​​the island. Yes, people with a fear of snakes shouldn’t even know about the existence of this island.

Not far from Japan there is a group of Izu islands, among which Miyakejima is considered the most dangerous. From 2000 to 2004, the Oyama volcano erupted on it, which threw toxic sulfur fumes into the air. These emissions occur to this day, so special sensors have been installed on the island, which trigger an alarm when the concentration of toxic substances in the air increases. If the inhabitants of the island hear a signal, they run to put on gas masks. After all, no one wants to inhale a poisonous substance that irritates the eyes and respiratory tract, and then completely becomes the cause of clouded consciousness.

But why do people still live there? In fact, 3000 people were evacuated at the beginning of the XXI century, but after a few years some of them returned. And it’s not just that their homes are located on a dangerous island. If you believe the Internet, then a certain scientific company pays “returnees” money for the fact that they allow you to study the effect of sulfur on the human body on their example. 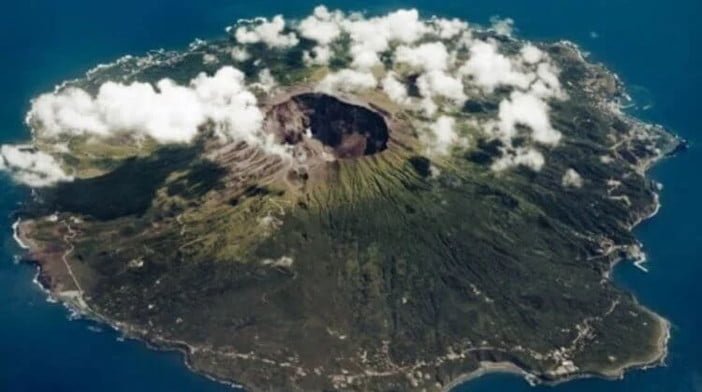 The name of Bikini Atoll, located in the Pacific Ocean, can be translated as “coconut place”. People lived there quite well, but, in 1946, the US authorities resettled them to neighboring islands. And all because they needed to test nuclear bombs. From 1946 to 1958, the military conducted 67 nuclear tests. For example, they tested a bomb similar to the Fat Man, which was dropped on the Japanese city of Nagasaki in 1945 and killed over 80,000 people.

In 1968, the US authorities announced that the island was safe to live in. However, it was all a lie – after returning home, about 840 people died from cancer. And this mass death is probably connected with the consequences of nuclear tests. Despite the fact that more than half a century has passed since those terrible events, the plants growing on the Bikini Atoll are still dangerous. So it’s better not to visit this island.

On the territory of Scotland there is the island of Gruinard and its fate was also very difficult. No one lived there, so researchers from the Porton Down military laboratory (England) decided to test biological weapons on it. In the middle of the 20th century, 80 sheep were brought to the island, after which planes dropped bombs on its surface filled with the bacteria Bacillus anthracis, the spores of which cause anthrax. This disease affects the skin and can damage the intestines and lungs – in general, a very deadly thing. 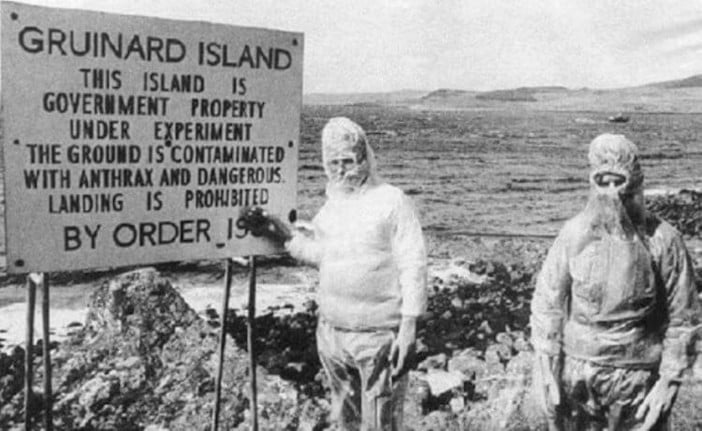 The disease destroyed animals and the effectiveness of biological weapons has been proven – such a bomb can turn entire islands into deserts. For a long time, the soil of the island remained contaminated, but then scientists cleaned it well. At the moment, the island is home to some species of animals and they are completely healthy. But he still does not build risks and during the travels of this island it is better to avoid.

Not far from Thailand is the secluded island of Sentinel, home to warlike aborigines. They do not want to contact anyone, so few have seen them. According to the calculations of scientists, the aboriginal society numbers about 400 people – it is believed that this is the last population of people who have not been touched by civilization. When trying to get closer to the island, people get a rain of arrows and spears in return, because the natives do not want to let anyone near them. As a rule, all guests of the island lose their lives – in 2006, the aborigines killed two Indian fishermen who ended up on the island by accident.

At the moment, humanity is not making any attempts to contact the aborigines. When the island was damaged by an earthquake and tsunami, local residents fired arrows at planes and boats. It is really better not to go to them, and not only because of the hostility of the natives, but also for the benefit of their health. The fact is that the inhabitants of the island probably do not have immunity to diseases that are no longer considered dangerous for us.