(ORDO NEWS) — The plant world is very beautiful and diverse. Today, there are about 360,000 different types of plants (trees, grasses, shrubs and others). Among them there are special, amazing species that have surpassed all other plant species in various indicators, firmly securing the title of “most-most.”

The fastest growing plant on the planet is bamboo (Bambusa). It grows in Asia, is edible and can grow by almost 1 meter (40-70 cm) in one day. The diameter of the bamboo stems also increases, so the stalk of a thirty-meter plant can reach a diameter of 20-30 cm. 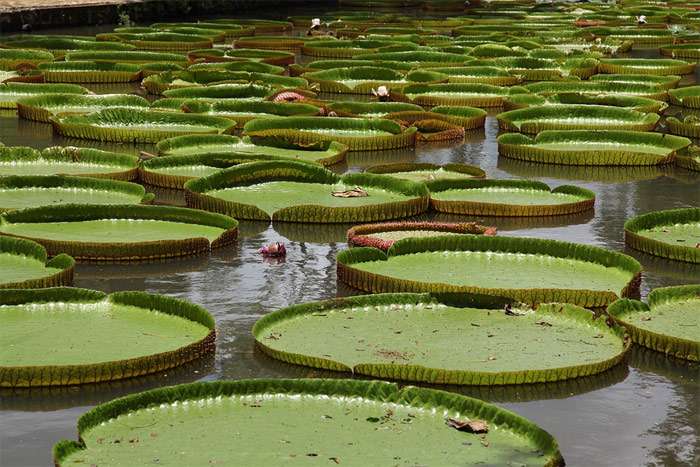 The largest aquatic plant is Amazonian Victoria (Victoria amazonica). Her homeland is South America. The floating leaf of this plant is capable of reaching a diameter of more than two meters! This wide sheet platinum is strong enough, therefore, not only Thumbelina, but also a person whose weight does not exceed 50 kg can ride on it. The largest leaves of the terrestrial plant belong to the palm raffia (Raphia). The leaves of this plant can grow up to 20 meters in length, and in royal raffia (Raphia regalis) – up to 25 m. The palm itself can reach a height of 16-18 meters.

The thickest plant is baobab (Adansonia digitata). The circumference of its trunk can be 10 meters, and in some trunks of baobabs 40 people can fit. This tree is also considered one of the most bizarre in the world. Baobab is sometimes called a “tree growing head down”, as its crown resembles the roots.

The tallest plant in the world is a tree, namely an evergreen sequoia (Sequoia sempervirens). The average height of the tree is about 90-100 meters. The record height was 117 m, it was registered in California (USA), where the evergreen sequoia is a symbol of the state. 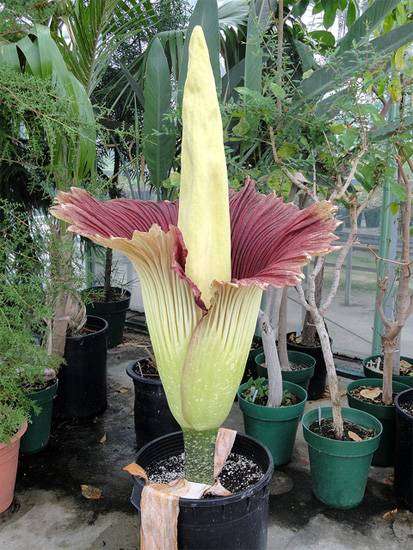 The most foul-smelling plant is amorphophallus (Amorphophallus). The inflorescences of some species smell like rotten fish or the rotting body of an animal. The flower emits such a disgusting smell to attract pollinating insects.

The most spreading crown of the tree is Ficus bengal (Ficus benghalensis). It can reach 500 meters wide. The most famous ficus bengal is called the Great Banyan. It is located in the city of Haura, in the Indian Botanical Garden. Once a banyan tree was one single tree, but after several hurricanes during which the main trunk was destroyed, the banyan tree was recognized as a clonal colony. However, the area of ​​this giant plant is 1.5 ha.

It is difficult to determine the oldest plant in the world , since many trees can exist for many thousands of years. One of the oldest trees is in Sweden. Its aerial part is periodically updated, and the roots are alive, for 9,000 years now. In 1956, the oldest tree was cut down – the California pine (Pinus california rum), whose age was 4484 years.

The largest tree in the world is the giant sequoiadendron giganteum, growing in the Sequoia National Park in California, USA and named after Civil War General Sherman. In terms of volume, it is the largest tree on the planet, but not the highest. The height of the tree is 83.8 m, the trunk girth at the chest height is 31.3 m, the lowest branch is located at a height of 40 m, and the age (according to the latest studies conducted in 2002) is about 2000 years.

The largest prickly plant is the saguaro cactus, or giant carnegie (Carnegiea gigantea). It grows in Mexico and parts of the United States. Cactus can reach 15 meters in height. Large specimens weigh up to 10 tons! In addition, the cactus flower contains about 3,500 stamens so large that some local birds nest on them.

The existence of people, and not only them, would be impossible without plants. It is impossible to overestimate their value. The variety of plant forms is surprising and amazing, and the abilities of some plants sometimes seem incredible.