(ORDO NEWS) — Recently, a strange relationship has been traced between solar flares and powerful earthquakes on Earth. The sensors recorded an increase in the solar wind flux up to 600 km / s, but for some reason the solar plasma flux has not yet caused a geomagnetic storm.

The earthquake that shook Buryatia may be directly related to the solar flare, which was directed towards the Earth. This conclusion can be drawn from the fact that the solar wind flux jumped sharply to 600 km / s, and the cosmic radiation flux reached an almost maximum value of + 9.0% (a record of + 11.7% was recorded in 2009).

A sudden geomagnetic impulse – CME, formed by a long solar flare C7.4 that occurred on December 7, was recorded by sensors on the DSCOVR satellite at point L1 at 01:32 UTC on December 10.

The total field reached 16 nT, and the wind speed reached a maximum of about 600 km / s, creating a period of active geomagnetic conditions. 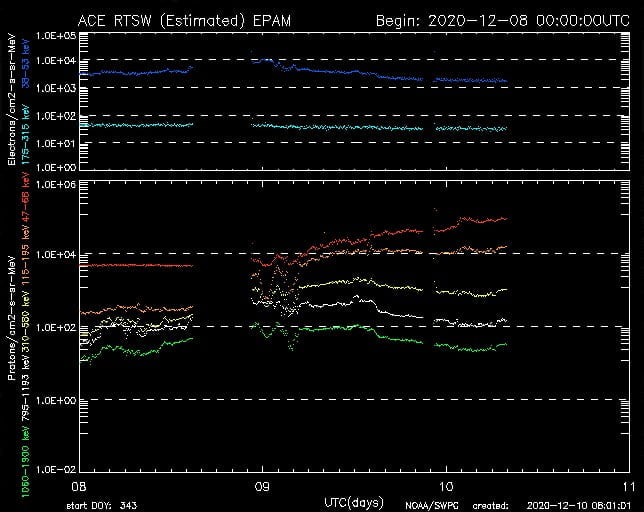 Previously, these forecasts for the occurrence of a geomagnetic storm on December 10 and 11 remain in force at the present time. Most likely, the bulk of the ejection (CME) is still approaching the Earth’s magnetosphere.

Impact of a solar flare on the Earth’s magnetosphere

Impact of a solar flare on the Earth’s magnetosphere