US, WASHINGTON (ORDO NEWS) — The list of the highest paid athletes in the world according to Forbes was first headed by the Swiss tennis player Roger Federer. Due to the pandemic that forced the largest sports tournaments to be canceled for the first time since World War II, the income of 100 rating participants this year fell after several years of continuous growth.

The income of the highest paid athletes in the world, according to Forbes, declined for the first time in four years. This is due to the outbreak of the COVID-19 pandemic, due to which many important sporting events were canceled or rescheduled for the first time since World War II.

No matter how high the pay, some athletes have also fallen ill to the Covid virus and so therefore the whole industry has changed, not just the economy in itself. The understanding for athlete therapy and recovery programmes is needed to increase because covid or not, these people are pushing their bodies to the limits which we have to remember can be dangerous. Perhaps the pay is what is motivating them to damage themselves.

For this year, the 100 highest-paid athletes in the world together earned $ 3.6 billion – 9% less than last year. The incomes of the rating participants decreased for the first time since 2016. But in that year, the fall was only due to the “high base” of the previous year, when the total income of the world sports elite took off after the “fight of the century” between Floyd Mayweather and Manny Pacquiao, for which the boxers earned $ 400 million.

The first line of the ranking for the first time in history was taken by tennis player Roger Federer, who over the past 12 months has earned $ 106 million before taxes. Thus, he overtook football players Cristiano Ronaldo and Lionel Messi, who succeeded each other on the first line of the rating three times in the last four years. Over the past 12 months, two world football legends have earned a total of $ 209 million, i.e. $ 28 million less than in 2019. This is due to a decrease in salaries in many European football clubs caused by the suspension of the game season in March 2020.

In the entire history of the ranking of the highest paid athletes in the world, which Forbes has been releasing since 1990, Roger Federer was only the ninth athlete to take first place. He also became the first tennis player who managed to lead the rating for 30 years of its existence. Over the past 12 months, Roger Federer has earned $ 100 million off the court thanks to sponsorship agreements with Uniqlo, Credit Suisse, Mercedes-Benz and 10 other companies. No other athlete has so many sponsorship contracts. Cristiano Ronaldo earned $ 45 million in sponsorship deals with Nike, Altice, Herbalife and with his own brand CR7. Lionel Messi earned $ 32 million under contracts with Adidas, MasterCard and PepsiCo.

Although the ranking of the highest-paid athletes in the world contains the most NBA players, this year it attracted quite a lot of American football players playing in the National Football League. Due to the fact that the game season in the NFL begins at the end of summer, the COVID-19 pandemic did not significantly affect the salaries of players. In total, 31 NFL athletes were included in the rating, although last year only 19 American football players became participants in the rating. At the same time, the COVID-19 pandemic had a major impact on Major League Baseball. Due to the postponement of the start of the season, which was supposed to take place in March 2020, only one professional baseball player got into the rating. This is the Los Angeles Dodgers pitcher Clayton Kershaw. Last year, 15 baseball players became participants in the ranking.

At the moment, after a long break, only the NASCAR series races and the German Bundesliga games have resumed. Most likely, next year, the total income of the highest paid athletes in the world will also decline.

To assess athletes’ income, Forbes took into account their prize money in tournaments, wages for professional contracts and bonuses received from June 1, 2019 to June 1, 2020. Forbes took into account wages for the entire game season, if it was a question of European football or NBA players, since after June 1, 2020 they will still receive wages for the game season, which usually ends by this time. However, due to the delay in the season due to the COVID-19 pandemic, Forbes lowered the total salary of basketball players by 25%, based on data on the maximum reduction in salaries in the NBA. Depending on the club, Forbes also reduced the salaries of European football players for several months to 70%.

To assess the income of American football players, Forbes took into account their base salary for 2019, as well as bonuses earned over the past 12 months, including bonuses for the athlete remaining in the team, for signing a new contract, for entering the NFL playoffs and for extra workouts after the season ends. To assess the income of golfers and tennis players, Forbes took into account their prize money in tournaments received over the past 12 months.

In addition, Forbes took into account the income of athletes from sponsorship agreements, royalties and payments for participation in various events from June 1, 2019 to June 1, 2020. To assess this portion of each athlete’s earnings, Forbes interviewed dozens of experts in the industry. If we were talking about golfers, Forbes also took into account their income for the design of golf courses. All athletes’ earnings are shown before taxes. Forbes also did not account for agent payments and return on investment. The ranking included athletes who performed in their sports from June 1, 2019 to June 1, 2020. 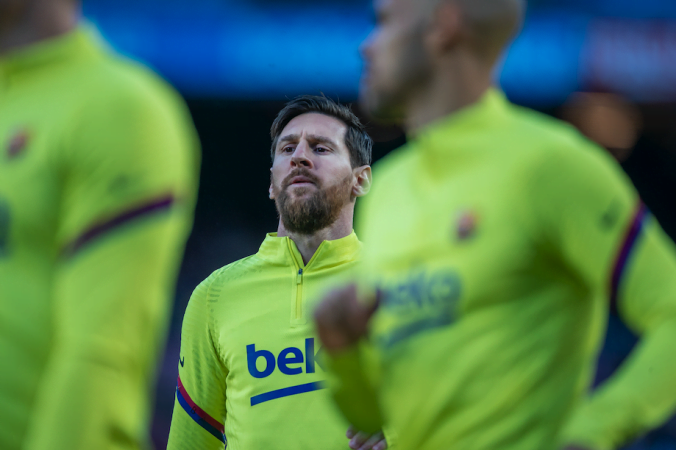