US, WASHINGTON (ORDO NEWS) — In a few weeks, the Federal Network Agency will decide whether the Nord Stream 2 gas pipeline will be exempted from EU regulation or not. For investors, the upcoming regulatory decision in Bonn is fundamental. They point to a legal opinion that upholds the requirement to exempt the pipeline from the obligation to follow regulations.

In essence, the question is whether the provisions of network regulation will apply to Nord Stream-2, which until now only concerned gas pipelines, the starting and ending points of which are located in the EU. Nord Stream 2 is a foreign pipeline through which gas will go from Russia to Germany along the bottom of the Baltic Sea. The construction of the pipeline has not yet been completed. Due to pressure from the United States, pipe laying was suspended late last year.

If the provisions of the European network regulation apply to Nord Stream 2, gas pipeline operators in the German territorial waters of the Baltic Sea will have to provide access to the pipeline and third parties. In addition, payment for the use of the pipeline will be under the control of the regulatory agency.

The differentiation plays an even more significant role: the same company cannot be both a gas supplier and an operator of a pipeline section in German territory. This pipeline is a project of the Russian concern Gazprom, which is both an operator and a potential supplier.

The company Nord Stream AG, which is 100% owned by Gazprom, many weeks ago filed a petition with the Federal Network Agency for exemption from EU regulation. In general, EU internal market rules imply exemption from regulation. However, this possibility only applies to pipelines completed earlier than May 23, 2019.

Examination brings out a new aspect

The company believes that its rights are being violated, since EU regulation appeared when substantial investment decisions were made long ago and significant sections of the pipeline were built.

New arguments appear in the company in connection with the legal expertise of university teachers from Tubingen, Martin Nettesheim and Stefan Thomas. In their expert analysis, which is in general possession of the Handelsblatt publication, both lawyers conclude that there is “no logical justification for what regulation of pipelines from third countries to the EU has for the functioning of the domestic market within the European Union.”

“The new regulation unexpectedly affects the gas infrastructure itself, the construction of which has already advanced far. If investors knew about the new regulation when planning and applying, they would probably have made completely different calculations, ”said Stefan Thomas.

In the examination, special attention is paid to the concept of completion of construction. It is too short-sighted to interpret it only in the construction and technical terms, says Thomas: “Because it must be borne in mind that Nord Stream AG had already made multibillion-dollar investments by the time the new gas regulation norms entered into force on the domestic market.”

It should also be borne in mind that “construction work on German territory, to which the new standards apply, is almost complete.” According to the teacher, it is necessary to consider the term “completion of construction” “in an economically functional sense.” As a result – such is the summary of lawyers – a narrow interpretation of the concept will lead to inequality in comparable cases.

“Because the completed pipelines and the yet unfinished Nord Stream 2 are comparable in essential terms: investments have already been made that cannot be undone. It would be unjustified to treat them differently,” Thomas warns.

Negative votes for the project

Opponents of the project look at it differently. Their argument is that Nord Stream 2 increases Europe’s dependence on Russian gas supplies and weakens competition. Eleven EU countries, according to the Federal Network Agency, participated in consultations, which are an integral part of the process.

Some states have given extensive comments, the agency said upon request. The profile chamber of the network agency is currently evaluating them. Among the participants, according to the network agency, are Denmark, Estonia, Italy, Croatia, Latvia, Lithuania, the Netherlands, Poland, Romania, Sweden and Slovakia.

Especially the Eastern European countries in recent years are desperately struggling with the project. In addition, according to the representative of the department, “after a while”, a decision on attracting companies that want to participate in the process should be published on the website of the network agency.

What companies this will be, the network agency has already determined on March 17, but the decision has not yet been made public. Nevertheless, one of the invited companies has already announced itself. At the end of last week, the Polish energy company PGNiG announced that it had received an invitation from the Federal Network Agency. The company will be able to present its position in the process, as well as gain access to documents. 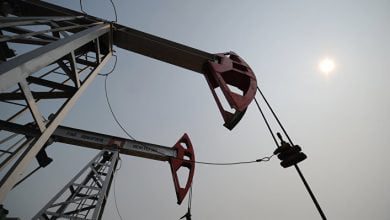 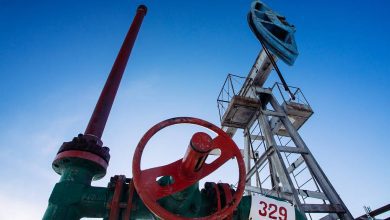 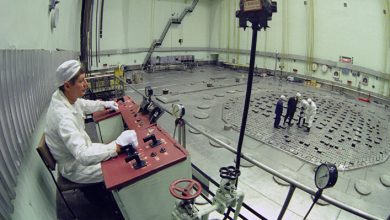