(ORDO NEWS) — If modern man were transported to the Middle Ages, he would definitely go crazy! The customs and beliefs of those times are very different from our foundations, and life itself was several times more complicated.

The people were poor, everything was dirty, and almost any food had no taste. Such a life cannot be called sweet, perhaps that is why society came up with many traditions that today look crazy, ridiculous, and sometimes even frightening.

We all know that in the Middle Ages life was difficult to call a fairy tale, but some traditions of people of those times go beyond all limits of adequacy!

Life in the Middle Ages was difficult not only for people. All kinds of animals (from livestock to insects) were tried if they were suspected of breaking the law. It sounds incredible, but if a dog or a cow were “criminals”, then they were sent to a real court with lawyers, witnesses and other judicial formalities. And that’s not the strangest thing yet! Some animals were tortured in order to “split” the accused. 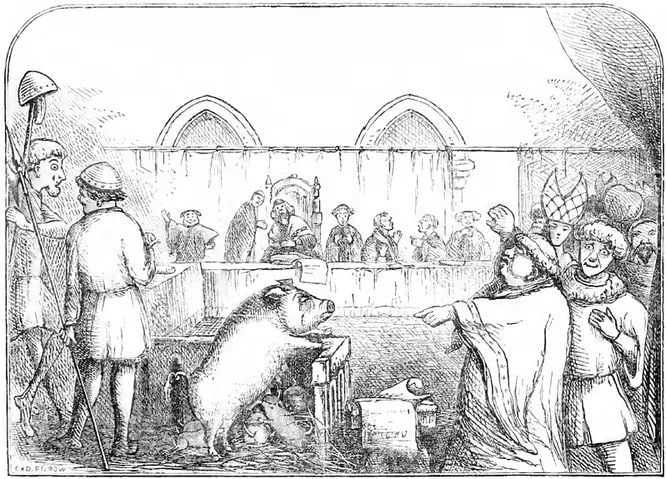 Most of the animals were sentenced to death, but there were cases of the imprisonment of a “criminal”. For example, in Austria, a dog that bit an official was sentenced to a year in prison. And in France, a case was recorded when the donkey was even acquitted!

Basically, animals were tried for attacks on people, although in the annals of those times there are cases when animals were accused of more extravagant “crimes”. In 1474, the court found a rooster who laid an egg guilty.

Fights between husband and wife 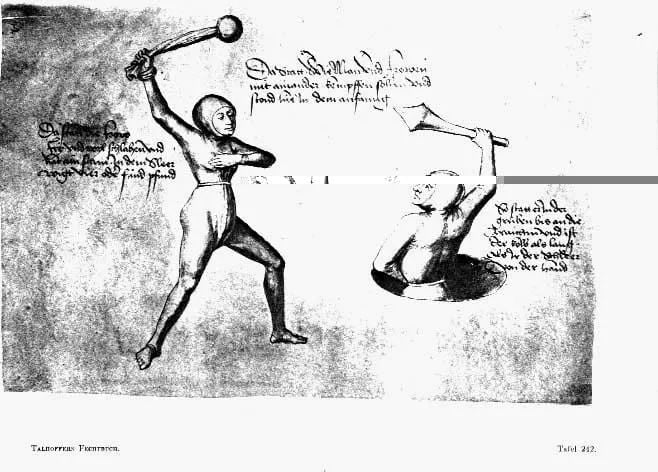 We all know that in the Middle Ages, almost all marriages took place very early. Marrying or marrying for love was rare, so it should come as no surprise that over time, many disagreements arose in such marriages.

Medieval German manuscripts tell us that serious disputes between husband and wife could be resolved by a real battle! The winner was determined by a special judge, and the process itself took place in a rather unusual format. The husband went down into the hole up to his waist, he was given a club. And the wife remained on the ground and was armed with a rag bag with a cobblestone inside. 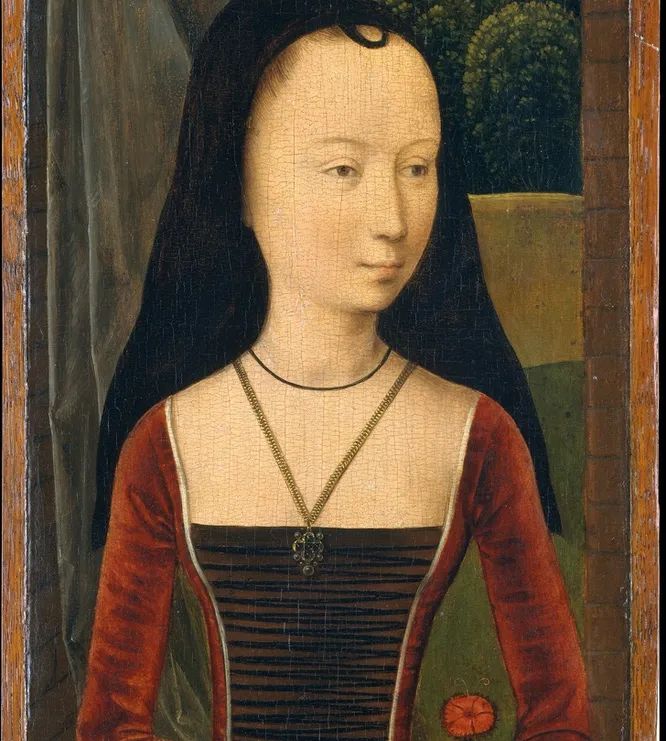 Beauty standards change every year, which is why women looked very different in the Middle Ages than they do today. Nowadays girls spend their fortunes to accentuate their eyelashes and eyebrows, but a few centuries ago everything was completely different.

The woman’s eyelashes and eyebrows were pulled out to emphasize the purity of her face. Some were so carried away by this process that they plucked their hair to get a perfectly oval face.

Another difficulty in life in the Middle Ages was that at any moment you could be accused of witchcraft (as happened with the rooster who was being tried). You could become a witch or a sorcerer if you just were not like the others. Uncertainty frightened people, but what terrified the men of the Middle Ages was the myth that witches ripped off men’s genitals and kept them at home as pets. The fear of such a fate was so great that the legend quickly grew from popular rumor into a “fact” referred to in the famous witch-hunt manual.

Treatment of epilepsy with blood

Life was especially bad in the Middle Ages for those who had incurable diseases. Medicine for a long time could not develop properly, since most diseases were associated with devilish intervention. People gave a similar explanation for epilepsy, but it was believed that this ailment can still be cured without the intervention of the church, it is just necessary to drink the blood of a gladiator. This practice originated in the days of the Roman Empire, but miraculously survived for many centuries. The sick drank the blood of younger and stronger people.

Archaeologists found a human burial, which is more than 70 thousand years old

Archaeologists found a human burial, which is more than 70 thousand years old