(ORDO NEWS) — The flooded continent of Zealand was once part of the same land mass as Antarctica and Australia. And 85 million years ago, it broke away and eventually plunged under the ocean, leaving behind only a tiny piece of the surface – New Zealand.

GNS Science’s New Zealand Research Institute has created interactive maps that span the entire surface of Zealand, thereby telling the story of the origin of the extinct continent.

On the website you can see various types of cards that overlap or switch among themselves. For example, you can find both ancient and still active volcanoes or see where massive mountain ranges still peep out on land. 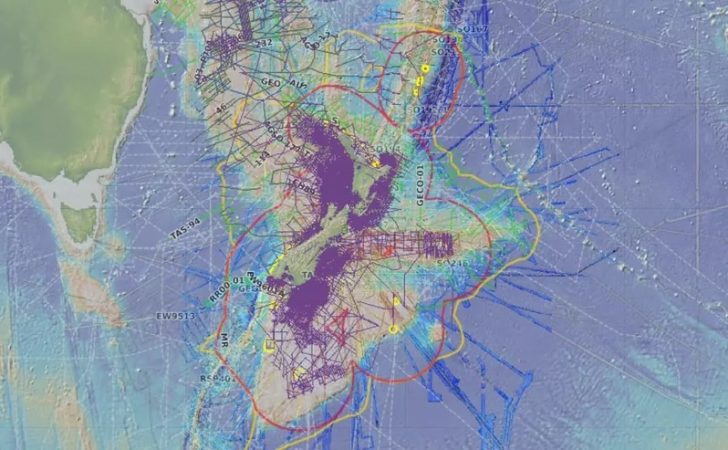 The idea that there was once a full-fledged continent in this area has been around for several years. A study of this area showed that this is not just a group of islands, but a continental crust large enough to be officially named a separate continent.

At the very beginning, Zealand was part of Gondwana, a supercontinent that included Africa, South America, Antarctica, Australia, New Zealand, as well as Arabia, Madagascar and Hindustan. About 85 million years ago, Zealand separated from Gondwana. A drifting, variable portion of land, about half the size of Australia, was home to dinosaurs and lush rainforests.

Millions of years later, tectonic plates began to be rebuilt and these geological changes created the Pacific Ring of Fire – a belt in the ocean where the most active volcanoes in the world are located. So, the Pacific plate fell below the continental crust of Zealand. This process led to the fact that the root zone of the continent came off and sank.

Now about 94% of the territory of Zealand is under water, but some parts of the continent are still land. First of all, these are New Zealand, New Caledonia, Norfolk Island and other small islands.