(ORDO NEWS) — Many modern medical procedures appear to be cutting edge in human understanding and technology. However, the era of many advanced medical procedures began a long time ago with one man who, with his ancient methods of treating severe ailments, revolutionized medicine.

Sushruta, an Indian physician, is today considered the “father of medicine” and, more surprisingly, the “father of plastic surgery.” Living in Kashi, an ancient city in northern India known today as Varanasi, he wrote one of the earliest medical and surgical books in the 6th century BC.

For centuries, the Sushruta Samhita has been a source of information about operations and methods, and the main source of knowledge about surgery in India.

This entire book was written in Sanskrit and, 600 years before Jesus, it formed the basis of the Indian medicine known as Ayurveda. This book is considered one of the three texts in the “Great Trilogy of Ayurvedic Medicine” and perhaps the greatest of the three. 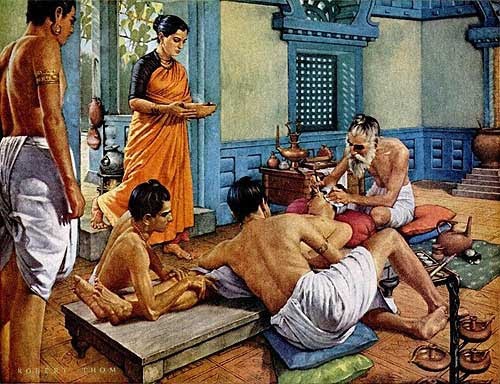 His great text contained information on the diagnosis and treatment of over 1100 diseases and the use of hundreds of medicinal plants. This book also had many instructions for performing surgical procedures, some of them quite extensive and serious.

The book also had three main types of skin grafting and nose reconstruction surgeries. And for this, Sushruta is often considered the world’s first plastic surgeon.

It is important to emphasize how early in the history of mankind Sushruta made these truly advanced medical techniques. Centuries later, great Greek and Roman herbalists and physicians appeared, such as Hippocrates, Galen and Celsus.

Sushrutu could perform extremely complex procedures such as repairing cut earlobes, earlobe piercings, fixing cut lips, and skin grafting. He used ancient tools to carry out all these operations, most of the equipment was made by himself. 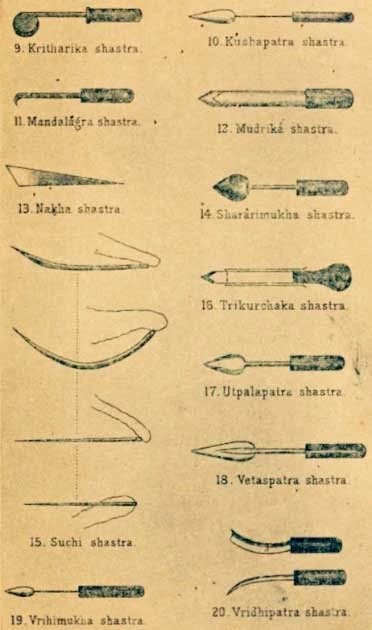 One of the methods he mentioned in the book for studying human anatomy was that he let the corpse decompose in the river. Once the flesh had softened, Sushruta would cleanse the body layer by layer to determine some of the structural details of the human body.

The textbook of surgery details the methods of incisions, the application of alkali, cauterization of wounds with heated metal, excision, extraction of teeth, probing and investigative surgery, extraction of foreign bodies, as well as methods for safely draining abscesses and other fluids.

The book also contained information on invasive surgery, such as suggesting methods for repairing intestinal damage.

Sushruta mentioned the use of ant heads as the main material for suturing such wounds. He referred to and performed even more complex procedures, including removal of the prostate, expansion of urethral stricture, hernia surgery, assisted delivery by caesarean section, vesicolithotomy (removal of stones from the bladder), treatment of hemorrhoids, laparotomy (abdominal surgery), treatment of postoperative fistulas, and other complications.

In addition to surgical instructions, the book also included detailed information on the treatment of fractures, dislocations, and bone classification. He described the body’s immediate response to such bone damage.

He elaborated on traction, manipulation, stabilization, apposition, and fracture management, as well as rehabilitation and the use of prostheses.

In short, he contributed to modern medicine by introducing the world to 1120 diseases, 700 medicinal plants, 57 animal products and 64 mineral products. 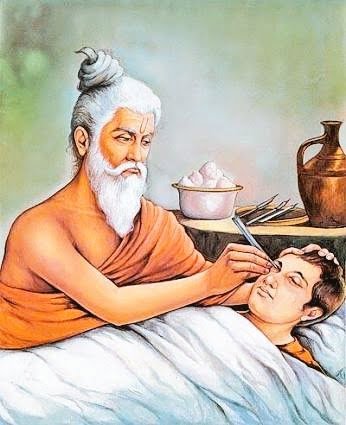 Sushruta did not limit the book to procedures, he also described the types of surgical instruments, irrigation syringes and catheters. He described in detail the process of making these instruments, since he made them himself. Here, all medicine was concentrated in one person.

Sushruta became famous for introducing surgical rhinoplasty or nose reconstruction. This process describes the repair of a disfigured nose using a skin flap taken from the forehead. At that time, criminals were punished by amputation of the nose, which Sushruta successfully restored.

This is one technique that is practiced with the same approach even today! Sushruta opened up to the world a new Golden Age of Surgery. He understood the root cause of many problems at a time when many preferred to rely on the gods to heal them.

His understanding of medicine is so advanced that he is like a traveler from the future who has fallen into the past. 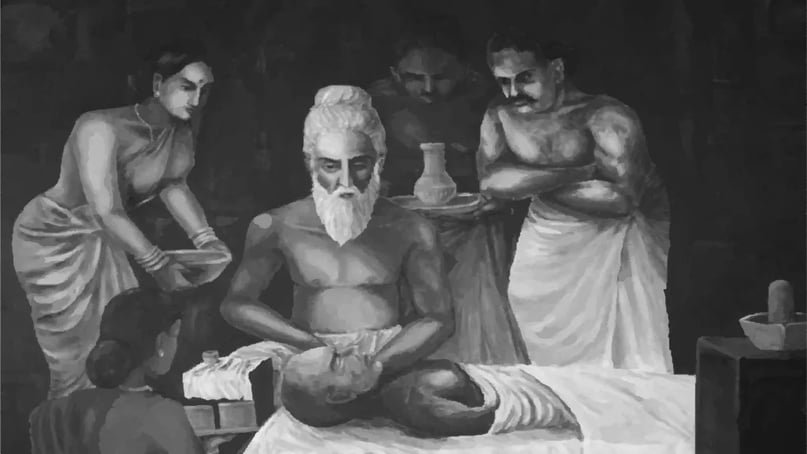 The wisdom of Sushruta has been passed on to the modern generation. The information, procedures and methods were generally correct and are still followed today, and the development of technology has only improved the process of these procedures.