(ORDO NEWS) — Giant luxury superyachts are symbols not only of financial heights, but also of unlimited, senseless waste of resources.

According to the calculations of researchers from Indiana University, the maintenance of one superyacht leads to the release of more than 7,000 tons of carbon dioxide into the atmosphere per year.

In terms of about 300 pieces (namely, how many such ships exist in the world), it turns out more than 2 million tons – the same as that of a small state.

Singaporean entrepreneur Aaron Olivera knows this firsthand: he does not own a superyacht himself, but he was involved in the construction of Royal Falcon One, a 40-meter luxury catamaran launched in 2019.

Around the same time, he first saw a bleached coral reef dying due to global warming and ocean acidification.

“These people can buy whatever they want, but you can’t buy a new way of looking at the world,” Olivera said at the time. “So why not pair the richest people with the smartest?”

The research superyacht Earth 300, conceived by Olivera and his associates, should be the largest in the world.

According to a design project already developed by Ivan Jefferson’s team at Iddes Yachts, the vessel will reach a length of 300m – almost double that of the current record holder, the Saudi royal family’s Azzam superyacht.

However, not billionaires will live, work and enjoy the sea wind on board the Earth 300, but primarily tourists and scientists.

In addition to the usual details for such ships – like a heliport – a spherical superstructure will be installed on the deck, which will house more than 20 laboratories with the latest equipment for studying the ocean and its inhabitants, atmosphere and climate.

Experts from other fields, including politicians, environmental activists and artists, will sit alongside scientists to form an “interdisciplinary melting pot,” as Aaron Olivera himself calls it.

However, the entrance is not closed to the rich either: in Earth 300 there are a couple of dozen VIP cabins worth over a million dollars. Building a superyacht for scientists and environmentalists is not a new idea in itself. A similar project is being pursued by Norwegian oil tycoon Kjell Røkke, albeit on a smaller scale.

Its 180-meter REV Ocean, costing about $350 million, was due to be completed as early as 2022, although it was recently announced that the launch was delayed by three to five years.

However, Earth 300 will be twice the size and at least as expensive. In addition, this vessel is planned to use technologies that could delay its completion until the 2030s, and possibly even longer.

Some celebrities may receive VIP cabins free of charge; among them, Oliver mentions Elon Musk and Greta Thunberg. In general, the design of the research superyacht has been completed, and by the end of 2022 it is planned to be transferred for construction to one of the shipyards in South Korea or Germany.

With the body – albeit a rather unusual shape – no problems are expected. However, what to do with the power system is still unclear.

The fact is that according to the project, the ship should become completely autonomous and capable of unlimited navigation, as long as there is enough food on board.

To do this, Earth 300 is planned to use a low-pressure nuclear reactor operating on molten salts. This is a very efficient and reliable option – the only pity is that it exists so far only in the form of experimental projects: there is not a single such reactor in commercial operation.

A suitable molten salt reactor is being developed by a collaboration between Core Power and TerraPower, backed by Bill Gates himself. But even in the best case, it will not be possible to complete the work and carry out certification until the beginning of the next decade.

The superyacht itself should be ready in 2025 and, perhaps, the first time will use a different source of energy – for example, hydrogen fuel. However, the matter is not limited to this compromise.

Olivera envisions Earth 300 to be powered by the “first in the ocean” quantum computer, performing complex calculations for climate scientists and others. The emergence of such a system is also unlikely to be expected before the 2030s.

Nevertheless, the authors of the project are full of hope. An independent audit of their business plan by KPMG LLP experts confirmed that everything could turn out well.

Working 300 days a year, with a proper load of rich tourists, Earth 300 will be able to generate at least $ 100 million – enough to serve the entire ship, crew and scientific personnel.

But the main thing is that the superyacht, according to Aaron Olivera himself, should become a symbol of the 21st century – the same as the Eiffel Tower became for the century of the past.

And there seems to be some truth in that. Steel construction in Paris was a bold but simple and elegant idea; the symbol of the new age turned out to be overloaded with technologies, dubious meanings and unrealistic plans. 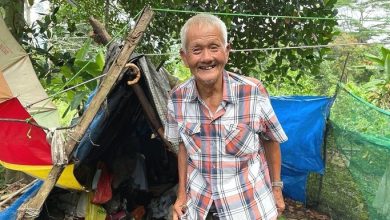 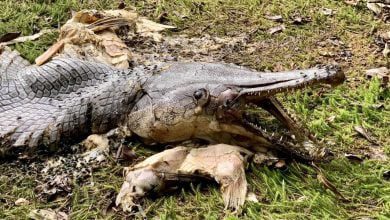 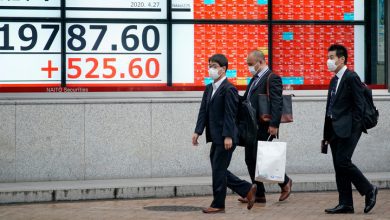