(ORDO NEWS) — The Mongol emperor Genghis Khan (1162 – 1227 AD) was not only a famous ruthless warrior and founder of the largest empire in history, but also a prolific father who gave birth to so many children that, according to available data, one in 200 men in all world is his direct descendant.

Genghis Khan was born under the name Temujin, and the title “Genghis Khan” was later given to him by the leaders of the tribes after military victories.

It meant “universal ruler”, and such a title is quite appropriate, given his supposedly prolific genetic contribution to descendants centuries later. 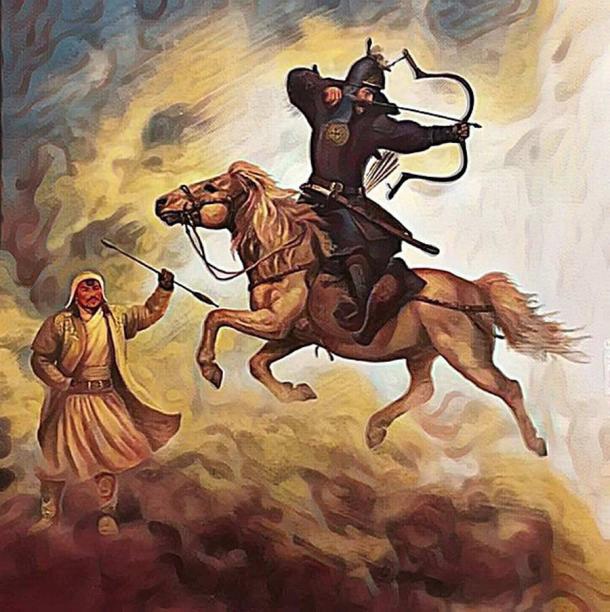 A major genetic study in 2003 found that up to 16 million living males are likely direct descendants of Genghis Khan.

The genetic parameters of their Y-chromosomes indicated that they all come from one man – a “superfather” from the Mongol khans.

Y chromosomes are only passed down from father to son, and these traits are used to establish male ancestry.

The study showed that this consistent and successful spread of patrilineality from father to son was the result of selection, not chance.

According to the scientific journal Nature, “creating such successful bloodlines often depends on social systems that allow powerful men to have children with multiple women.”

Genghis Khan had at least six Mongol wives and over 500 concubines.

Concubines were typically queens or princesses captured in territories he conquered or given to him by allies, vassals, or other tribal acquaintances.

Judging by his pedigree, Genghis found time for all of them, and these unions were very fruitful!

Girl became neither an elephant nor an alligator. Amazing disease!

Girl became neither an elephant nor an alligator. Amazing disease!