(ORDO NEWS) — In June 2018, telescopes around the world recorded a bright blue flare in the optical range from the side of the galaxy’s spiral arm, located about 200 million light-years away. This massive explosion, dubbed AT2018cow, looked like a supernova at first, but it evolved much faster and was much brighter than any other stellar explosion that scientists have seen before.

In a new study, a team led by scientists from the Massachusetts Institute of Technology, USA, has uncovered evidence to determine the origin of this mysterious source. In addition to the bright optical flare, the scientists also found a strobe pulse of high-energy X-rays.

They tracked hundreds of millions of such X-ray pulses coming from the AT2018cow source, and found that the pulses came with a clear regularity every 4.4 milliseconds over a period of 60 days.

Based on the frequency of the pulses, the team calculated that these X-rays are generated from an object no more than 1,000 kilometers in diameter, which has a mass of less than 800 times the mass of the Sun. By astrophysical standards, such an object is considered compact and is likely a black hole or neutron star.

These findings strongly suggest that AT2018cow most likely formed from a dying star that collapsed to give rise to a compact object in the shape of a black hole or neutron star. This newborn object continued to absorb the material around it, consuming the star from the inside, a process that releases a tremendous amount of energy.

“We probably discovered the birth of a compact object in a supernova,” said lead author Dheeraj Pasham of the Kavli Institute for Astrophysics and Space Research. – This happens in the case of ordinary supernovae, but we have not been able to observe this process before, because it is extremely chaotic. We think that these new results will allow us to detect, by analogy, other newborn black holes or neutron stars. ”

The study is published in the journal Nature Astronomy. 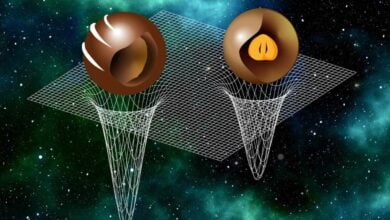 Space pralines ? Revealed the general structure of a neutron star 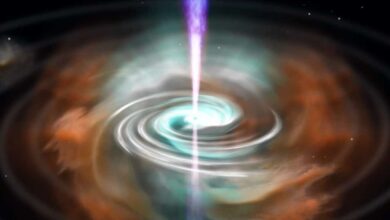