(ORDO NEWS) — The Yonaguni Monument is a huge underwater rock formation covering an area of ​​60 by 50 meters. It was first discovered in the mid-1980s by a scuba diver observing hammerhead sharks. Some archaeologists believe that this is a monolith carved by man thousands of years ago.

The Yonaguni Island area is a popular snorkeling destination. Many say it’s a must-see when diving near Okinawa. Now divers go here to explore the mysterious pyramid-like structure – Yonaguni, and the artifacts surrounding it. 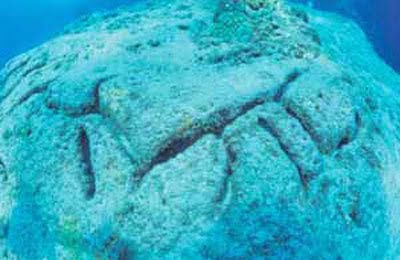 Kihachiro Aratake accidentally discovered what some scholars call the “archaeological find of the century.” He discovered the mysterious find in 1986 while diving off the coast of Yonaguni Jima in search of a new spot to watch hammerhead sharks.

However, due to negligence, he went beyond the established safe zone. In front of him at the bottom of the ocean at a depth of 35 meters lay a massive stone structure. 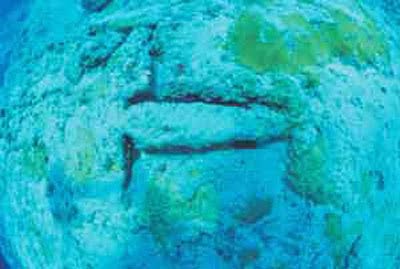 He examined the monument and was shocked by its colossality. Due to the strong coral coating, it was difficult to determine what it was. Overwhelmed by curiosity, he walked around it again and again, taking photographs before returning to shore. 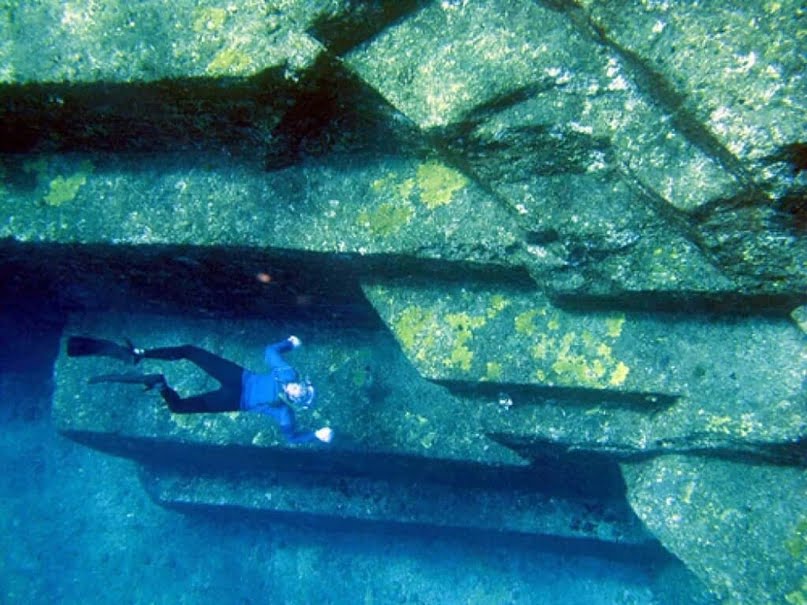 Masaaki Kimura, a professor of marine geology and seismology at Ryukyus University, has spent years studying the site. He observed and collected data to find the answer. Although his conclusions were solid, counter-arguments and doubts followed. 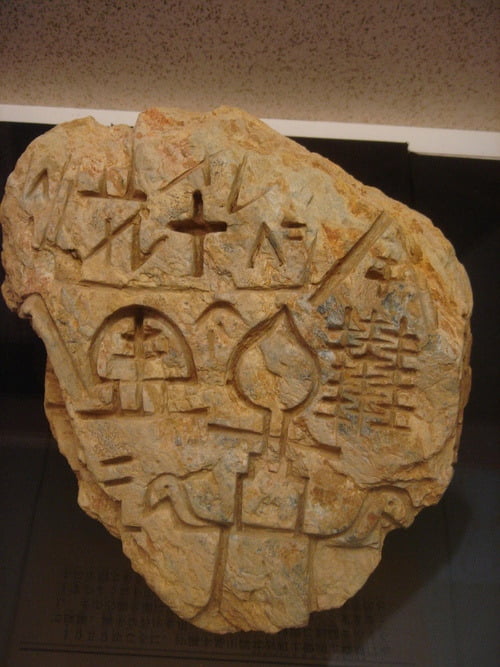 To this day, many divers visit this place to draw their conclusions. Is this an underwater city that once hosted an ancient, lost civilization? Or is it a rock formation created by nature?

The answer, without a shadow of a doubt, is yet to be found. 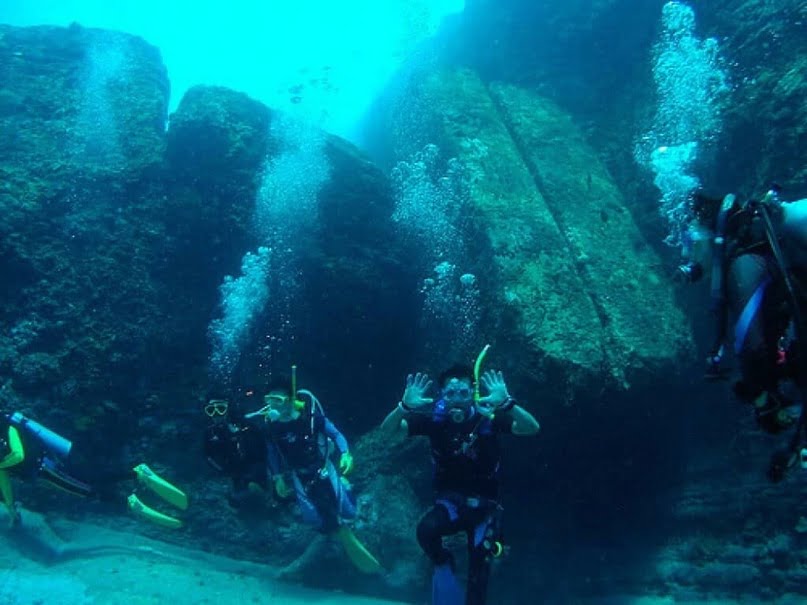 Where is the Yonaguni Monument located?

The monument is located off the south coast of Yonaguni, an island in southwestern Japan. The island itself is about 70 miles from Taiwan and features lush greenery and sandy shores. Divers come from all over the world to see the ancient site and hike the picturesque island. Coordinates: 24°26′09″N 123°00′41″E. 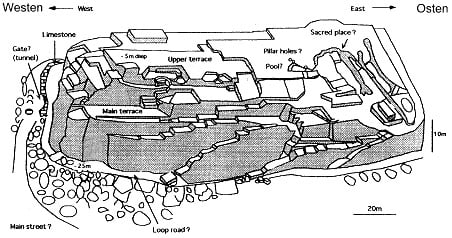 Some believe that the monument is a man-made pyramid, testifying to a vanished ancient civilization. It was even called “Japanese Atlantis”. 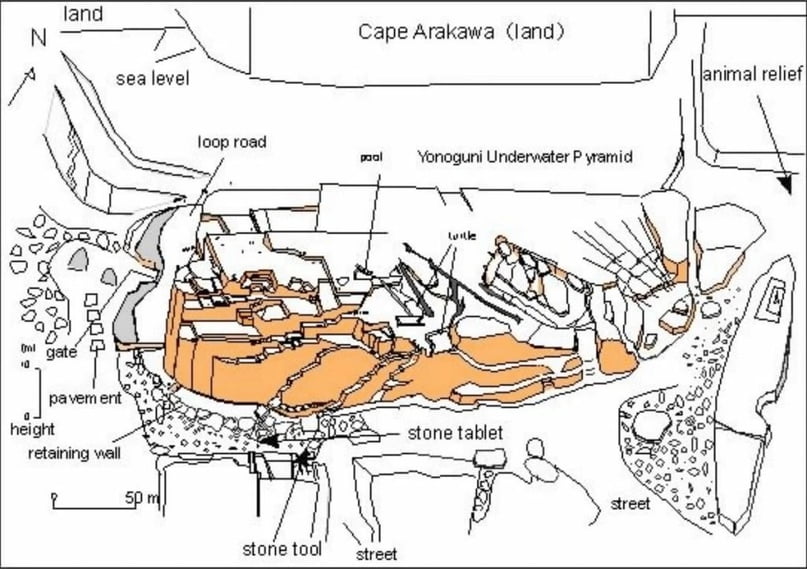 Masaaki Kimura has spent over 15 years exploring this site. He is convinced that this is a man-made structure, suggesting that ancient people once lived in its place. But after the Global Cataclysm, it has long gone under water.

During his many dives to the site, Kimura collected substantial evidence that the ancient structure was man-made, not nature.

He noted several specific artificial features that supported his theory. These include tool marks, a retaining wall, a road, drainage channels, gates, stairs, and two carved monuments in the shape of turtles. 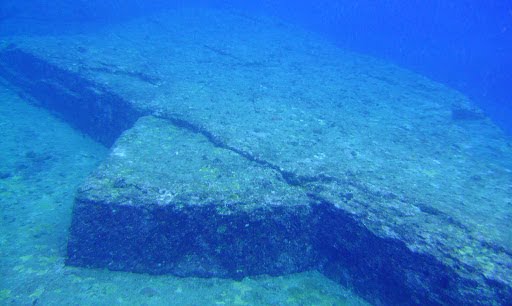 Kimura also discovered the remains of tools made of stone and a massive relief carved in the form of animals. 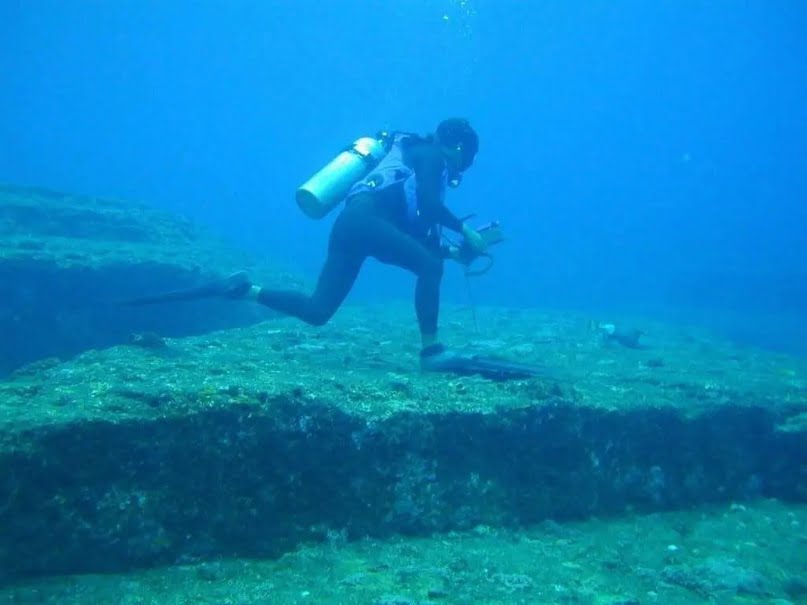 Kimura’s conclusions are as follows:

“It’s hard to believe that nature could leave such clear outlines.”

Kimura claims that his research and the underwater topography of Yonaguni Island provide concrete evidence for the existence of an ancient city that perished at sea.

He also discovered several other structures. These include a number of small temples, a stadium, and roads connecting them. In addition, the found tablets (called the “Okinawa Rosetta Stones”) seem to be evidence of the existence of an ancient city. 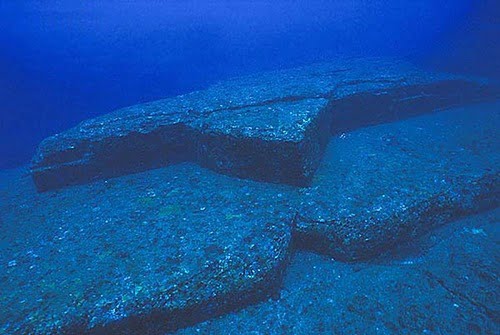 Kimura’s evidence initially led him to conclude that the city was over 10,000 years old. Later studies forced him to adjust his estimate to between 2,000 and 3,000 years. 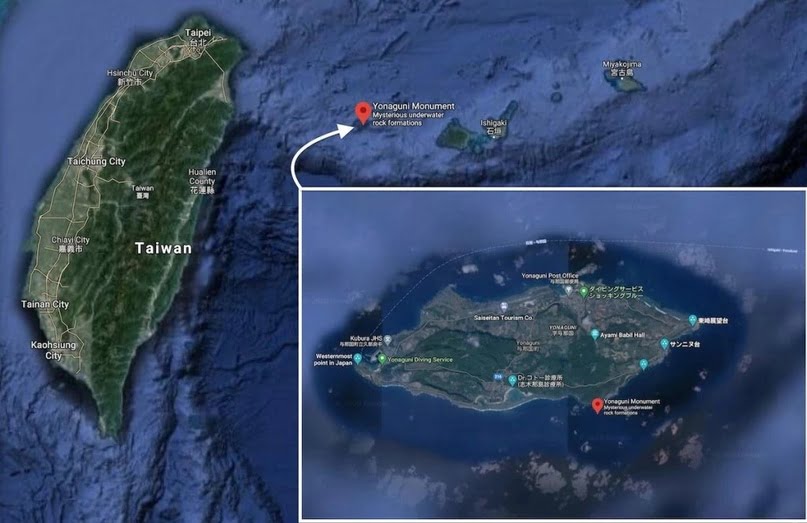 Skeptics usually dispute any assumptions about ancient flooded cities, and the mystery of this site is no exception.

Dissenters argue that the monument’s straight edges resulted from the natural stratigraphy of the sandstones. Often they look like a straight line, straight enough to be human-made. 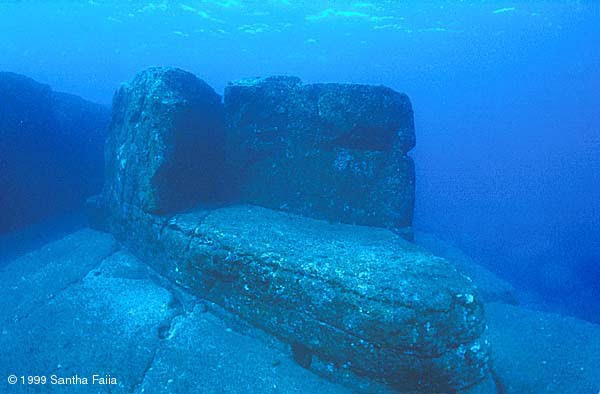 A math and science professor at Boston University who dived at the site said:

“Some sections look like man-made, but when you look at them in context … you see how, in this case, fine sandstones are cracking along horizontal plains, which create these regular features.” 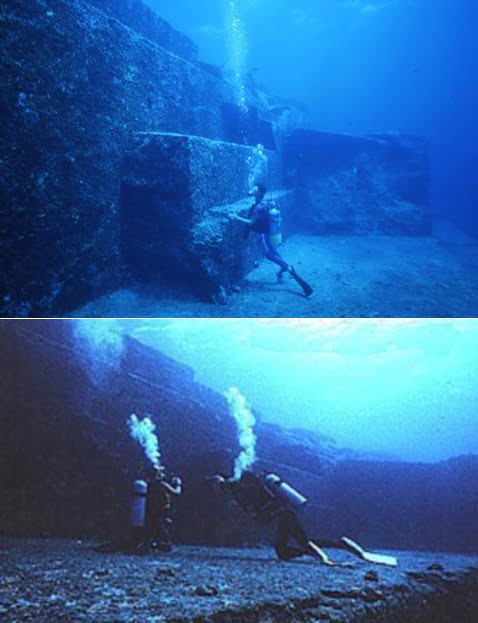 In other words, the straight lines of the resulting structure may indicate a natural erosion process. After all, nature can create beautiful anomalies.

Schoch adds that there are several tombs of uncertain age (but clearly ancient) on the island that are similar to the Yonaguni monument.

These tombs suggest that humans may have imitated natural design or altered natural structure with their hands and tools. However, this does not mean that the city is buried under water. 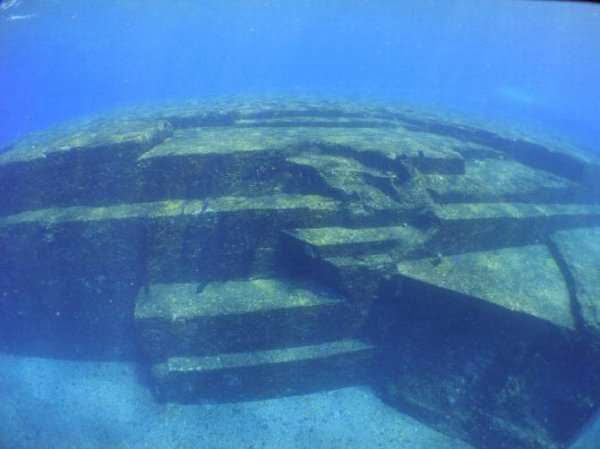 Other theories suggest that this formation was the foundation for a collapsed building, or even a stone quarry. As Schoch said, “perhaps the choice between natural and man-made is not just either-or.” 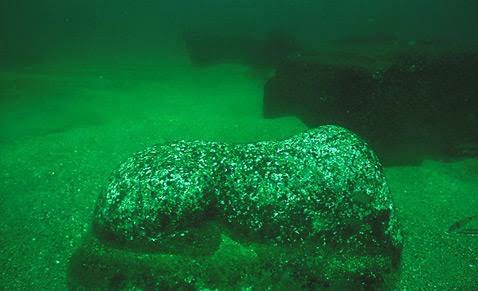 As for his age, Kimura’s original estimate of “10,000 years” is questionable simply because of its improbability.

Some argue that it is extremely unlikely that such an ancient people would have had the means to build such a structure. If anything, designing and building would be too complex and difficult for any civilization.

Preservation of the “ruins” of Yonaguni

The Yonaguni monument has attracted the interest of many scholars over the years. However, it is not officially considered an important cultural landmark.

There are enough doubts and conflicting theories surrounding its origin to merit no government effort to preserve it. Instead, the responsibility lies with the scientists and other people who work at the site. 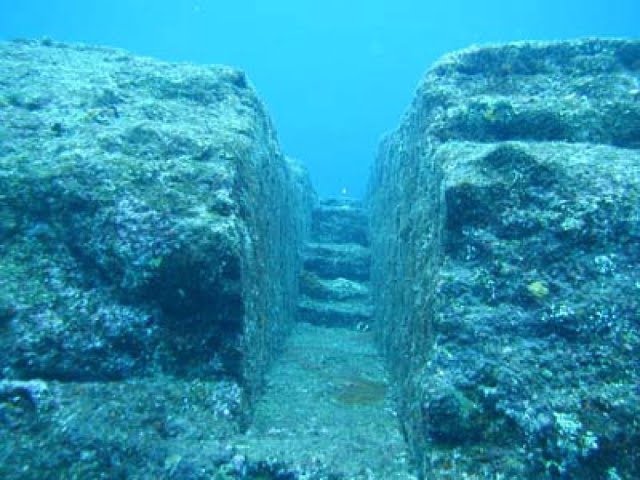 Like the lost city of Atlantis, the Japanese monument to Yonaguni is likely to always attract skepticism. Any evidence found can only confirm conjectures and often generate counterarguments. 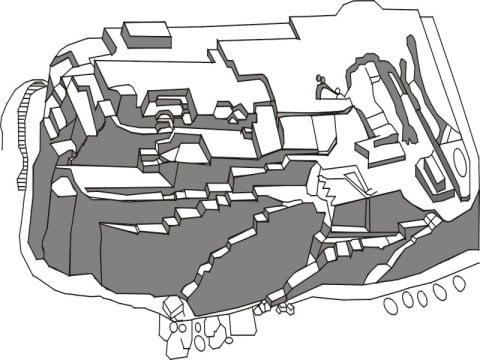 However, the mystique of this place adds to its appeal, because sometimes it’s better not to be sure. Instead, plunging into the unknown is much more fun.