(ORDO NEWS) — The legendary capital of the Hindu god Lord Krishna, Dwarka is today one of the most famous flooded ancient cities underwater.

According to legend, Krishna, the most powerful person in the Mahabharata, founded a city in the eponymous place in the Devbhumi Dwarka district on the western coast of Gujarat. 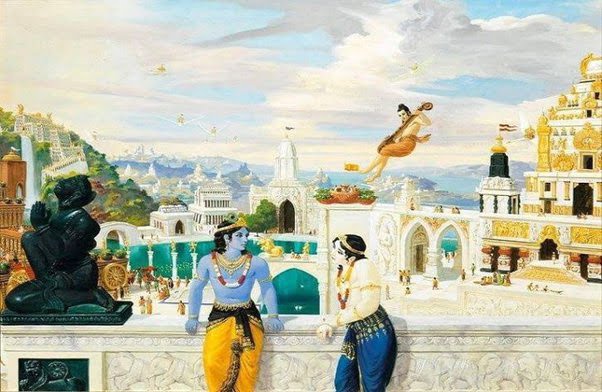 Hindu scriptures say that when Krishna left Earth to connect with the spiritual world, the age of Kali (Kaliyug) began, and the sea flooded Dwarka and its inhabitants.

Archaeologists believe that the ancient city of Dwarka, described in the sacred Hindu epic Mahabharata, was founded around 1500 BC.

The ancient incarnation of the city, mentioned in the epic “Mahabharata” as the ancient kingdom of Krishna, was located on the territory of almost 84 km in the form of a fortified city at the confluence of the Gomti River and the Arabian Sea. According to the text, the ancient city was flooded under the Arabian Sea after the death of Krishna.

Today, Dwarka is one of the seven holiest places in Hinduism, where pilgrims flock every year to worship Krishna. The hunt for its underwater part began in the 1930s, and the first archaeological excavations were carried out in 1963.

During the second excavation, which was led by an underwater archaeologist, several ancient artifacts were discovered, as well as the submerged remains of ancient Dwarka.

Between 1983 and 1990, archaeologists unearthed a fortified foundation upon which the walls of the ancient city along the river bank must have been built.

Stone blocks used for construction, pillars and irrigation systems have been found, but there is still debate about the dating of these remains: from 3,000 to 1,500 BC or the Middle Ages.

Numerous stone anchors have also been found at the same depth, suggesting that Dwarka must have played a role in commercial communications between Indian and Arab territories from the 15th to the 18th century and was an important trading port in the past.

In Sanskrit, the word “Dwarka” means “door” or “gate”, so this ancient port city could serve as a gateway for foreign sailors arriving in India. 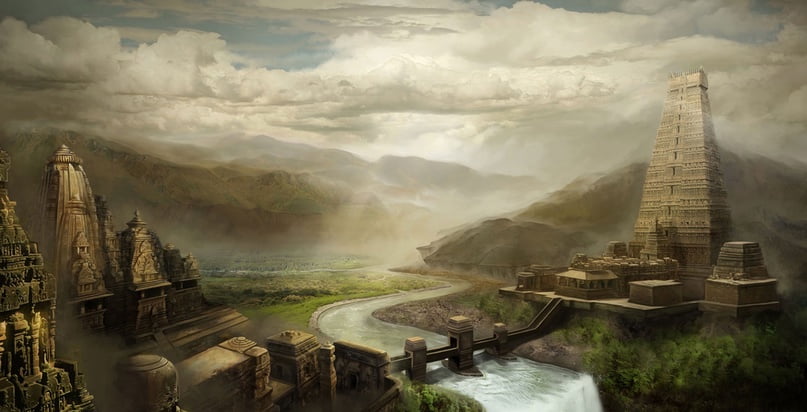 The Mahabharata says that there were 900,000 royal palaces in Dwarka, built of crystal and silver and adorned with emeralds. The city was connected by a complex system of boulevards, roads, markets, meeting houses and temples.

Although the foundations of the ancient city show that there could have been many palace structures, it is still difficult to give an exact number.

According to ancient Hindu texts, Dwarka was the scene of a battle between Krishna and the evil king Salva. As stated in the Mahabharata, King Salwa attacked Dwarka with an aircraft. 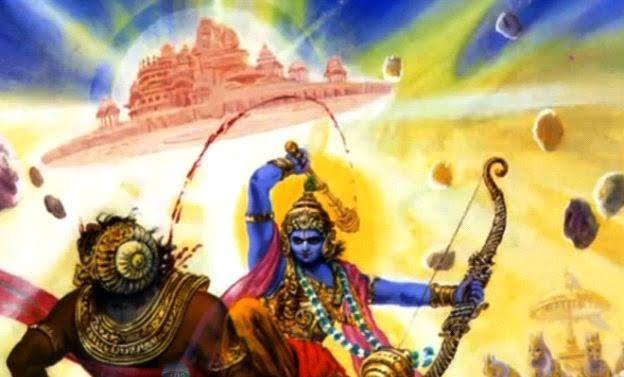 It is the description of this battle that attracts the attention of ancient alien theorists, since, apparently, it used sophisticated technology and modern weapons, it is possible that the ship attacked from orbit.

The spaceship launched an attack on the city using an energy weapon that resembled lightning to observers.

The attack was so devastating that much of the city lay in ruins.

God Krishna counterattacked and fired at the ship with his weapons.

Mythology describes them as arrows, thundering like thunder and shining like rays of the sun when they are fired. Indian mythology is replete with stories of what the original Dwarka looked like.

Modern archeology has proven that Dwarka, mentioned in the Mahabharata, Harivamsa, Matsya and Vayu Puranas (Sanskrit texts), existed and was flooded in the second millennium BC.