(ORDO NEWS) — The Suez Canal’s annual revenue in 2021 was $ 6.3 billion. This is the most in the entire history of the canal, which has existed since 1869. This was announced by the Suez Canal Authority (SCA).

Last year, 20,649 units of transport passed along the waterway connecting the Red Sea with the Mediterranean (an average of 56 per day). These ships carried 1.27 billion tons of cargo.

2020 was marked by the coronavirus pandemic and partial shutdowns of economies around the world, and international trade also stopped during the first lockdowns.

However, if you compare the results for 2021 with those for 2019, you see a significant improvement. At that time, 18,880 ships passed through the canal (out of 1.2 billion tons of cargo), and revenues were clearly lower – they amounted to $ 5.8 billion.

Last March, the Suez Canal was blocked for six days by a huge container ship. The ship ran aground and turned around, blocking it to other ships and causing huge sea congestion. As noted by the AFP agency, at that time Egypt was losing from 12 to 15 million dollars a day. 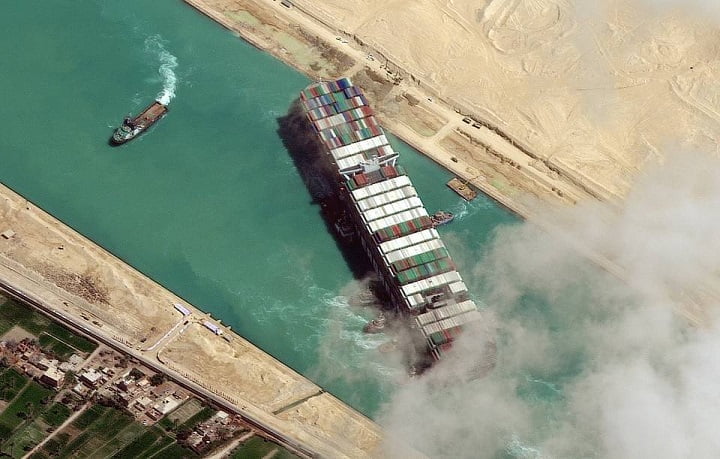 For Egypt, the Suez Canal is a source of national pride and at the same time the hard currency of the West, the Associated Press notes. The canal is 160 kilometers long.

The blockade in March was so painful that the world was faced with a serious problem of supply chain disruptions. Ever Given was liberated by Egypt and the country’s authorities demanded compensation from its owner, the Japanese company Shoei Kisen Kaisha.

In July, an agreement was reached on this issue. No details were provided. It is known that Egypt initially demanded $ 900 million, then lowered expectations to 550 million. In August, Ever Given left the channel.