(ORDO NEWS) — Carved into the mountainsides, they look like the entrances to numerous temples, but are in fact the richly decorated facades of ancient Lycian tombs, which today are found in western Anatolia, Asia Minor (modern Turkey) and the eastern Greek islands.

These are the most numerous of all types of Lycian tombs, and some of them are perhaps the most visually impressive – elaborate burial chambers carved directly into the rock, usually in a cliff.

They have Greek and Persian elements, as well as elements of the Lycian style (Lycia had contact with the Greek world and was under Persian control for many years during BC). 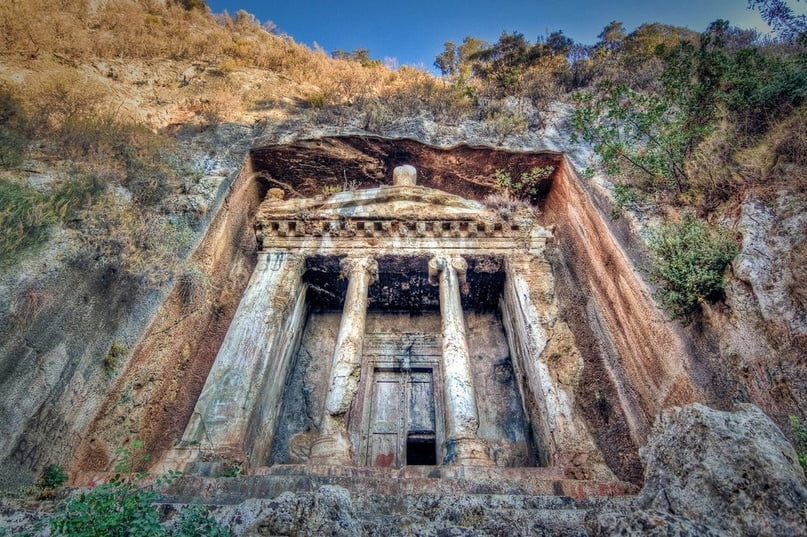 The most complex rock tombs are carved in the form of Ionic temples, the largest and most famous of which is located in Telmessos (Fethiye) – the “Tomb of Amyntas”.

These temple-type rock-cut tombs usually have two columns (the tomb at Qianai has only one), an epistyle and a pediment, and are usually decorated with elaborate reliefs such as the “King’s Tomb at Pinar” and the “Painted Tomb at Mir”.

This temple style of tombs is not specifically Lycian, but can also be seen in Kaunos (some impressive examples are found in the city of Dalyan) and other parts of Anatolia. 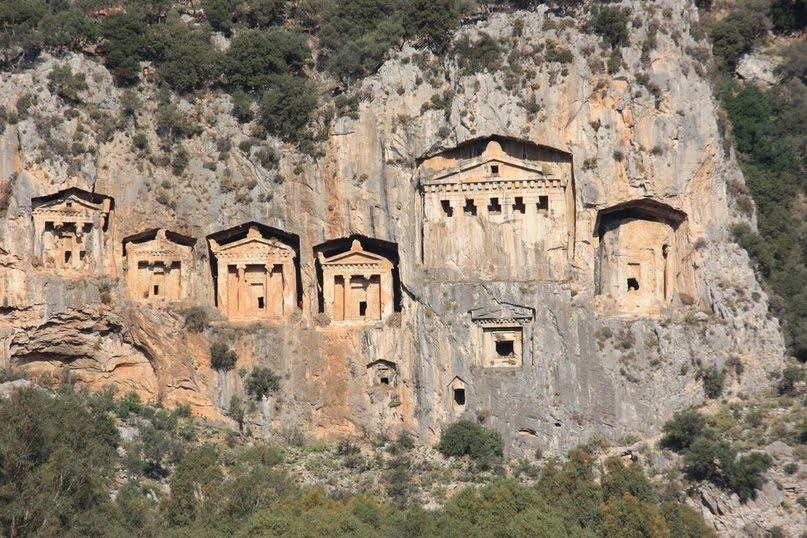 The Lycians believed that their dead were carried to the afterlife by magical winged creatures like sirens, and so they placed their revered dead on geographically high places, such as a cliffside, to give them a “higher” location and bring them closer to “heaven” .

Many of the many entrances, dating back to the 4th century, are decorated with tall classical Greek columns and intricate reliefs, slightly tarnished by centuries of exposure to atmospheric precipitation. Old tombs are often nothing more than unremarkable holes dug into the rock. They were built for kings and queens.

Despite their outward grandeur, the interior of the tombs are rock-cut chambers with a simple monolith inside to display the body and rooms otherwise empty from looting over hundreds of years. 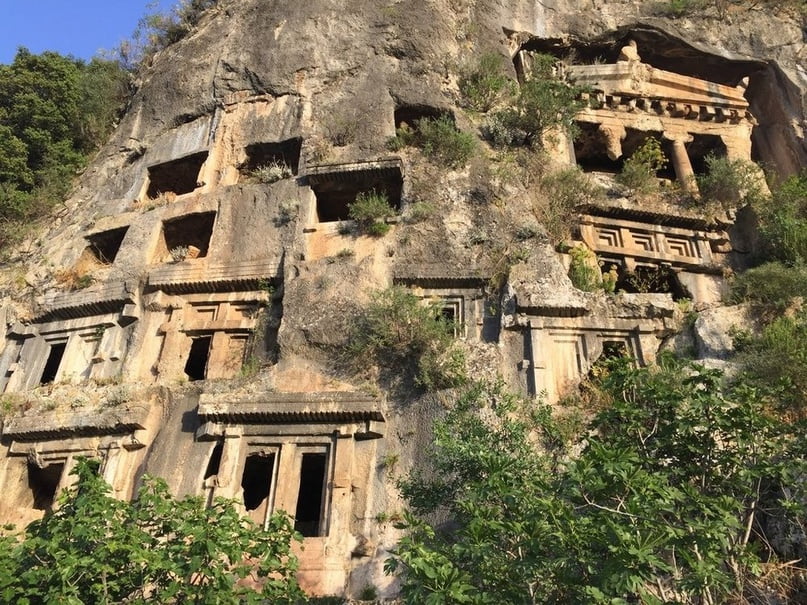 All Anatolian cultures built beautiful monumental tombs associated with some form of ancestor worship. The Lycians developed this art form to perfection, no doubt aided by the region’s soft limestone. The quality of the Lycian masonry deserves attention and is especially important in the construction of tombs.

Today, the entire landscape of Lycia is still littered with their delightful funerary monuments. The latest count revealed one thousand eighty-five examples that have survived to this day, with rock-cut tombs being the most common form. Lycia is famous for its huge number of tombs and their quality. 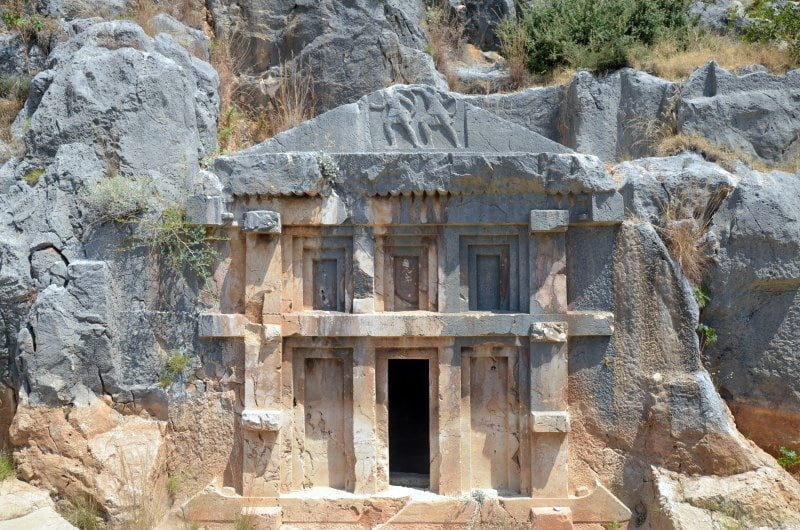 The Lycian language became extinct and was replaced by Ancient Greek around 200 BC. Lycian tombs differ from Hellenistic traditions in that while in Hellenistic culture the dead were placed outside habitable areas (often along the sides of main roads to cities), Lycian tombs are often integrated right into cities, demonstrating Lycian ties to Eastern traditions.

Rock-cut tombs are not an exclusive feature of Lycia, as they have been found elsewhere in the Mediterranean, in Palestine and Nabatea, in Cyrenaica, in eastern Anatolian Urartu, in the Kurdish border zone between Iran and Iraq, in the vicinity of Persepolis in Persepolis, in Saudi Hegra and in the Egyptian Beni Hassan.

All these places have one thing in common: geography, since tombs of this type are usually found in landscapes with deep ravines and steep cliffs.