(ORDO NEWS) — White dwarf stars (WK) are the most numerous representatives of the “star cemetery”. It is widely believed that more than 97% of the stars in the universe evolve into BC.

These numerous objects are considered powerful tools for understanding the formation and evolution of stars, the history of our galaxy and stellar populations.

In a study published in the Monthly Notices of the Royal Astronomical Society, a research team led by Associate Professor Wu Chengyuan of the Yunnan Observatories of the Chinese Academy of Sciences studied the formation of supermassive carbon-oxygen white dwarfs (SUWCDs).

According to models of stellar evolution, BCs with masses less than 0.45 M⊙ (mass of the Sun) are helium (He) BCs, and those with masses from 0.45 to 1.05 M⊙ are carbon-oxygen (CO) BCs. BCs with a mass greater than 1.05 M⊙ can have oxygen-neon (ONe) cores and are commonly referred to as supermassive BCs (SMBCs).

“SMBCs play a key role in our understanding of Type Ia supernova explosions, the occurrence of physical processes in the asymptotic phase of giant forking, the existence of high-field magnetic BCs, and the occurrence of double mergers of BCs,” Wu said.

Recently, data from Gaia has shown an increase in SMBC in the Hertzsprung-Russell diagram, which indicates the possibility of an additional cooling delay mechanism in SMBC, such as crystallization and precipitation of elements.

Further studies have shown that some SMBCs must have experienced quite long cooling delays, suggesting that they are carbon-oxygen BCs. However, the mechanism of formation of these SMCCs is still unclear.

In this work, the researchers studied whether mergers of massive carbon-oxygen BCs with helium BCs can evolve into SMUCBCs. The results of 3D dynamic modeling of binary BR mergers show that this is a very fast process that can form a hot corona on the primary BR.

After building the structures of the merger remnants, the researchers found that their evolution is similar to that of R Coronae Borealis (R CrB) type stars. The combustion of helium in the shell leads to an increase in the mass of the core.

The final BC mass depends on the wind mass loss rate during post-merger evolution and cannot exceed approximately 1.2 M⊙. Remains with a core mass greater than 1.2 M⊙ will experience surface ignition of carbon, which may finally end their life as an oxygen-neon BC.

Our results indicate that at least some SMBCs that experience ultra-long cooling delays may result from the fusion of helium and carbon-oxygen BCs. 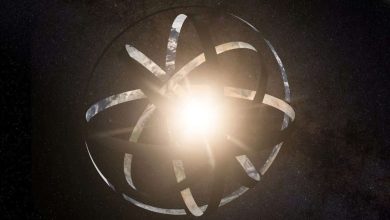