(ORDO NEWS) — Dogs are not the only animals that hear emotions in our voices. According to new research, pigs and horses can also distinguish between positive and negative emotions in human speech, and this could change their attitude towards us.

Previous research has shown that domestic horses can read emotions on human faces and hear emotions in human sounds such as growls or laughter.

But this is the first study to compare how pets distinguish between non-verbal human sounds and sounds made by their own species.

Each animal was given a series of sounds, some of their own species, some of a closely related species, and others of human origin.

As a result, the authors found that all horses and domestic pigs reacted more strongly to negative sounds, regardless of which animal made them.

When they heard a negative sound from any animal, the horses walked longer and wagged their tails less, indicating that they were more attentive. The pigs, meanwhile, stood more and ate less.

The exception was wild boars. This group of animals did not respond differently to positive or negative vocalizations from their relatives or humans.

The results suggest a concept known as “emotional contagion,” a primitive form of empathy that is likely quite common in the animal kingdom, allowing humans and animals to sense the emotions of others and possibly reflect them.

Within group-oriented species, this behavior would be useful. But researchers believe that it can also occur between species. After all, if another animal is critical to survival, it’s worth considering their emotions, whether they’re related to you or not.

Domesticated animals just fall into this category. Given how dependent they are on us for food and shelter, it makes sense that our pets and livestock would be in tune with our emotions.

Rodents, sheep, goats, dogs, horses and captive wild animals such as giant pandas and chimpanzees have demonstrated the ability to read expressions on human faces.

Brain scans have also shown that horses can distinguish between positive and negative human vocalizations.

“Our results show that these animals are affected by the emotions we charge our voices with when we talk to them or are near them,” says biologist Elodie Brifer from the University of Copenhagen.

Interestingly, the authors found that when the negatively charged sound was first heard, domestic pigs and all horses immediately became alert.

However, when a positively charged sound was played, the animals calmed down.

The findings suggest that the way we talk to our pets and livestock may have a greater impact on the behavior and feelings of animals than we think, and this should always be kept in mind.

“If animals are initially spoken to in a more positive, friendly voice, then when they meet people they should react less,” Briefer explains.

“They can become more calm and relaxed.” 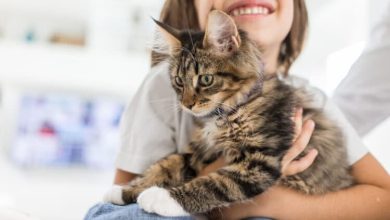