(ORDO NEWS) — Astronomers have discovered a mysterious stream of ancient stars at the far ends of the galaxy: a strange type of star so unlike anything astronomers have seen before, they may very well be the last of their kind.

This unusual collection of stars, called the Phoenix Stream, is an elongated chain of stars that previously existed in a spherical shape – a globular cluster.

Such clusters can be torn apart by the gravitational forces of the galaxy, in which case their spherical shape becomes curved, stretching into a ghostly caravan of stars doomed to rotate in a distant orbit from the galactic core. 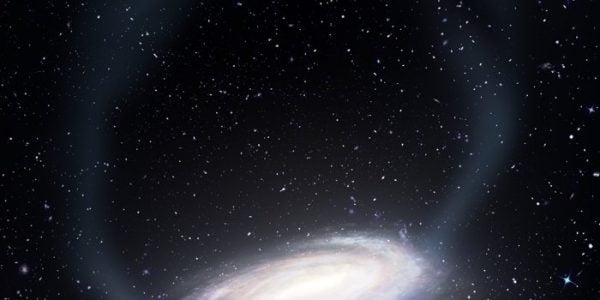 Neither streams of stars nor globular clusters are new to science, but there is something about the Phoenix Stream. Its chemistry is unlike any globular cluster that astronomers have ever observed.

“We can trace the origins of stars by measuring the different types of chemical elements we find in them, just as we can trace a person’s connection to their ancestors through their DNA,” explains astronomer Kyler Kuen of the Lowell Observatory in Arizona.

“It’s almost like looking for someone with DNA that doesn’t match any person, living or dead.”

There are about 150 known globular clusters in the Milky Way, and they all exist in the so-called galactic halo – a narrow spherical structure that encloses a relatively flat galactic disk.

However, on the outskirts of the halo, there are still many stars gathered inside globular clusters. Each cluster may contain hundreds of thousands of stars, and observations of clusters in the Milky Way have shown that all clusters exhibit a certain consistency in their stellar chemistry: the stars in clusters are enriched with “heavier” chemical elements that are more massive than hydrogen and helium.

After the Big Bang, the theory states that all the gas in the universe was hydrogen or helium, which in turn formed the first stars in the universe. Other elements, such as oxygen, carbon and magnesium, began to form much later, thanks to the fusion mechanisms of subsequent generations of stars.

The chemical legacy of these later fusion mechanisms is all around us, as a proportion of the heavier elements have been observed in all global clusters of our galaxy. That is, until now.

This chemical threshold, called the bottom of the metallicity, does not work in the Phoenix Stream, which exhibits less heavy elements in its stars than we thought would be theoretically possible for such a celestial structure.

“This stream comes from a cluster that we understand should not exist,” explains astronomer Daniel Zucker of Macquarie University in Australia.

Observations of the Phoenix Stream, conducted by an international team of researchers in the framework of cooperation on spectroscopic surveys of the Southern Stellar Stream, showed that its “metal content is significantly lower than the level of empirical metallicity,” the authors explain in their new study.

“One possible explanation is that the Phoenix Stream is the last of its kind remnants of globular clusters that were born in radically different environments from what we see today,” says astronomer Ting Lee of the Carnegie Observatory in Pasadena.

A dinosaur with a fur mane discovered

A dinosaur with a fur mane discovered