On a satellite map, it is very easy to see strange objects located in the Karalar reserve, which is crowned with the famous General’s beaches. At first glance, it is very difficult to understand what it is. Out of habit, you remember circles in wheat fields in different countries of the world, which, according to local residents and ufologists, are nothing more than traces of the landing of unidentified flying objects.

However, the Crimean circles are very different from those that the newcomers leave behind. These are rings with a diameter of 180 to 130 centimeters with crosses inside. Upon closer inspection, it becomes clear that the objects are huge earth mounds. But who created them and for what purpose?

This question was asked by the hosts of the new video blog “Krym Rash” and found out that these are targets for aircraft from which dummies of nuclear bombs were dropped during the Cold War. 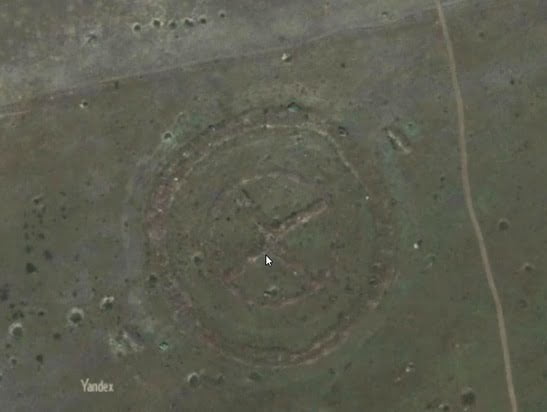 The fact is that since 1947, the 71st test range was located on the territory of the Bagerovsky airfield located nearby.

Models of nuclear bombs were dropped from bombers based at the airfield. The data of the measuring instruments allowed already on August 29, 1949, to carry out successful tests of a nuclear explosion at the Semipalatinsk test site in Kazakhstan. Thanks to the subsequent build-up of the Soviet Union’s nuclear potential, the United States abandoned its DropShot plan, according to which it was planned to inflict a series of nuclear strikes on the USSR.

And although the nuclear explosions themselves were not carried out at the test site, due to scientific developments in the local laboratory, the military had to take care of creating burials of radioactive waste. They say “phonilo” in these steppes up to the 90s … 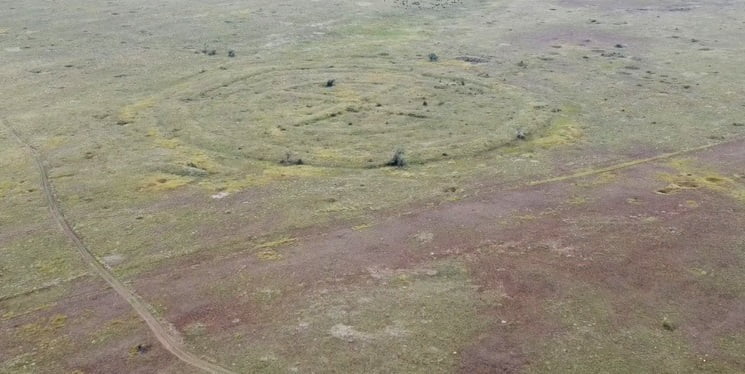 In addition to the airfield, the infrastructure of the test site included a residential and service area in the village of Bagerovo, as well as a part of the Azov Sea from Lake Chokrak in the East to the Kazantip Bay in the West. These are 18 kilometers of pristine beaches known as Generals.

They got their name from the bay of the same name, where there was a mobile carriage of Lieutenant General of the Engineering Troops Viktor Chernorez, who was the head of the research center in Bagerovo. The one who tested nuclear weapons. Now practically nothing is left of the Bagerovsky airfield, except for a three-story control room and several dilapidated warehouses and hangars. 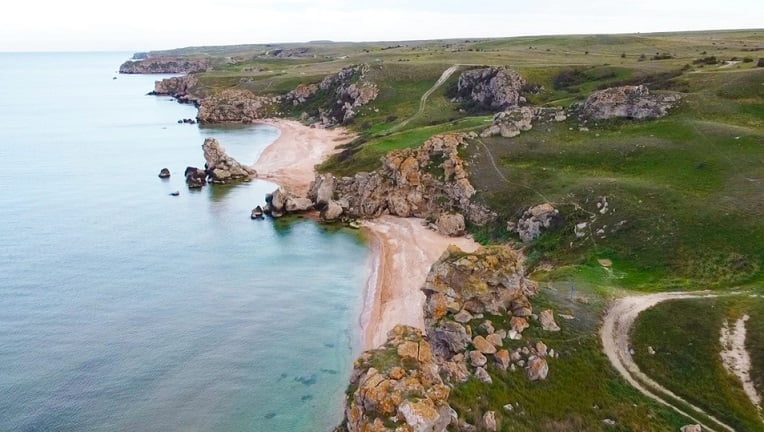 On the other hand, General’s beaches, on the contrary, are gradually turning into a zone of environmentally friendly recreation: this fall, the construction of glamping sites began there – expensive mini-cottages under the patronage of the Department of Protected Areas of the Republic of Crimea. They promise to open them next summer.