(ORDO NEWS) — Known as the Sirkip and Taizan towers, according to Chinese sources, they were built in the 6th and 7th centuries AD. If the Taizan Tower still stands and is a protected landmark, then the Sirkip Tower, unfortunately, collapsed and is now gone.

Reaching 20 meters in height, the Taizan Tower is adorned with Buddhist shrines on all four sides. Prior to its collapse, the Sirkip tower was also built in a similar way.

Archaeologists claim that these structures were associated with the ancient city of Gaochang, which originated as a trading center on the ancient Silk Road. The ancestors of the Uighurs even established a kingdom in Gaochang in the early 9th century and named it Qocho.

The Gaochang ruins and the two towers of Sirkip and Taizan have in common that they together reflect the prominence of Buddhism in Xinjiang (an autonomous region in northwest China with high mountain ranges and sandy deserts.

Since ancient times, the region has been inhabited by various ethnic groups, among which, for example, the Turkic people of the Uighurs) during the heyday of trade along the Silk Road. 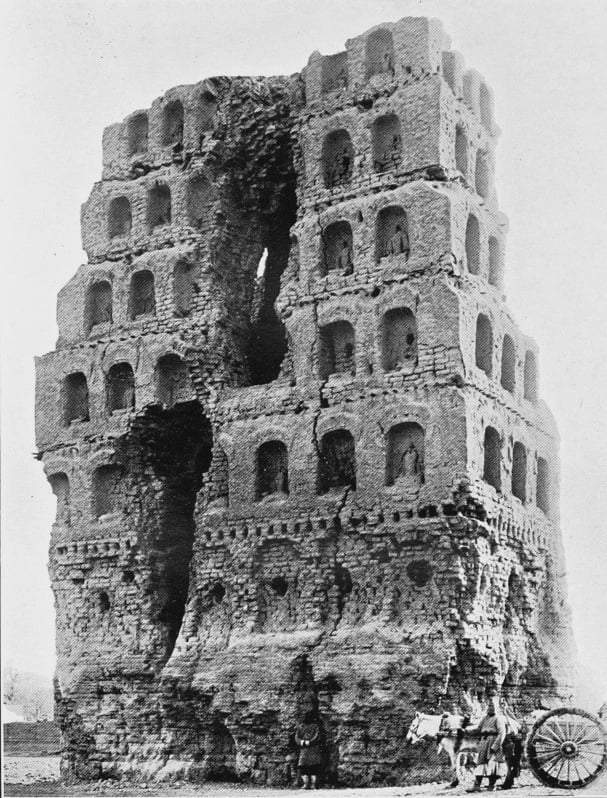 For the Uighurs, these ruins are also a reminder of their Buddhist cultural heritage before their conversion to Islam.

Although Indiana Jones is nothing more than fiction and fantasy, two Buddhist towers west of Turpan feature in a true story about Western explorers in Xinjiang discovering treasures and antiquities along China’s Ancient Silk Road.

The most famous of these Western explorers is Aurel Stein, a Hungarian-British archaeologist who made four expeditions to Central Asia in the early 20th century.

Inspired by his “patron saint” Xuanzang, Aurel Stein set himself the goal of discovering the riches of the Silk Road described by Xuanzang on his journey from Chang’an to India.

During his expeditions, Aurel Stein documented and photographed the ancient sites he visited, including the Sirkip and Taizang towers.

As for the treasures of the Silk Road, Aurel Stein discovered and took with him ancient tablets, relics, frescoes and his largest find – 40,000 scrolls, including the world’s oldest printed text, the Diamond Sutra.

However, all these discoveries were not without a little competition. The news of Aurel Stein’s discoveries did not immediately reach the rival factions and states. 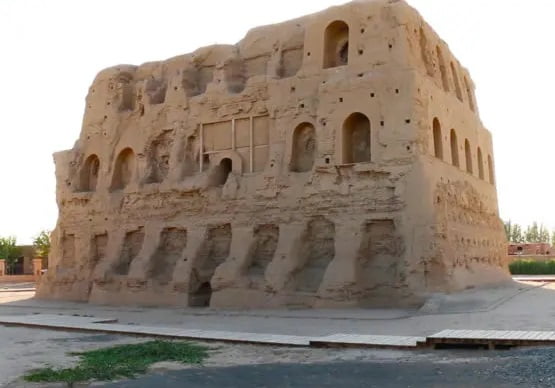 In the first quarter of the 20th century, archaeologists from Great Britain, Germany, Japan and other countries fought for a share of the treasures of the Silk Road.

These archaeological exploits have even become embroiled in the so-called Great Game, in which Britain competed for political influence at the crossroads of their empires.

In addition to Western archaeologists who traveled to the far west of China on the orders of their governments, Christian missionaries also ended up in Xinjiang.

Among the best known are Francesca French and Mildred Cable, who documented Sirkip Tower and Taizan Tower in their book The Gobi Desert.