(ORDO NEWS) — The novel Dracula, written by Bram Stoker and published in 1897, became a cult classic of horror literature throughout the world. It brought vampire legends to a wider audience and captivated readers of all ages.

It also opened the door for murky, obscure tales of vampires and other mythical creatures that had previously been poorly documented, ushering a new age of horror and the paranormal.

However, Dracula is unjustly cited as the first ever vampire novel. In truth, that honor should go to the novel Carmilla, written by the famed Irish horror writer Sheridan Le Fanu and published in 1872, roughly 26 years before Dracula.

The story of the lesbian vampire’s Carmilla was something thoroughly new and exciting in European literature, and its publication cemented La Fanu’s career. But what is the historic background for the novel? Did the writer find inspiration in real, documented vampire cases? 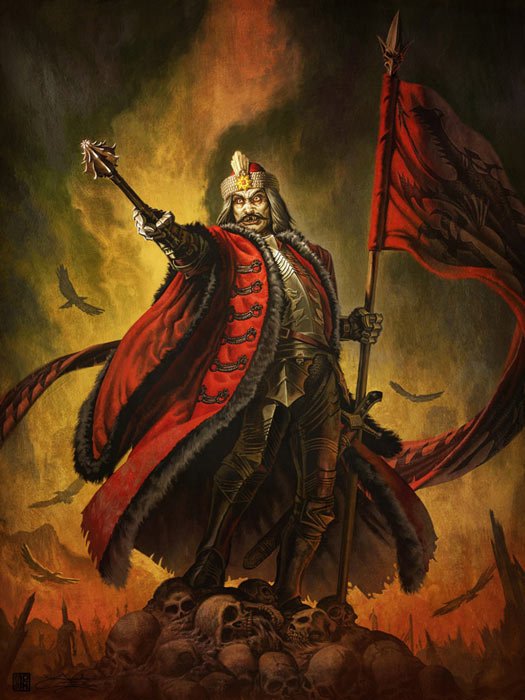 Today, one cannot bring up the stories of vampires and horror literature without someone bringing up Dracula almost instantly. Bram Stoker’s eerie and unsettling work of horror fiction truly paved the way for the genre, but it has much to thank Carmilla for. Written 26 years previously, this story of a lesbian vampiress served as a clear inspiration to Bram Stoker.

The latter author found inspiration in the novel by Sheridan Le Fanu, and chose a historic ruler – the famed Vlad Dracula, Voivode of Wallachia – as the eponymous vampire count. Somewhat unjustly, Dracula took over and rose to fame, leaving Carmilla somewhat underappreciated. Still, the two stories – although sharing the same concepts – are quite different from each other.

Carmilla was revolutionary in so many ways. Stylistically, it is a classic representative of the Gothic literature that was prevailing at the time. In terms of the horror genre and the setting, Carmilla is a classic: it is centered within a gloomy and eerie castle, a mysterious ambience prevails, and a supernatural, enigmatic being is the centerpiece.

But other aspects within the novel were truly pioneering. Notably, the story revolves around a female vampire, the eponymous Carmilla, who is romantically attracted to its victim, a young female protagonist, Laura. The story clearly involves themes of paranormal seduction and lesbianism, which were quite unheard of in the Victorian era .

Through this story, Sheridan Le Fanu was attempting to dispel the negative perception of lesbianism at the time, by portraying the mutual and irresistible attraction between the two ladies of the story, Laura and Carmilla. Following the publication of the novel, numerous ladies felt a connection to these characters, finding in them a symbol of many Victorian era women who were judged, restrained, and misunderstood. 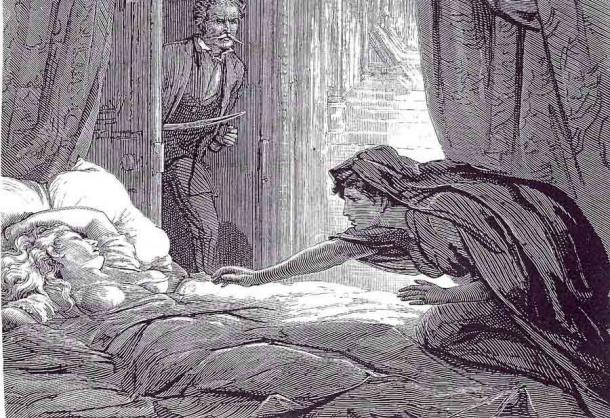 A Novel With Bold Topics

Of course, another important aspect of Le Fanu’s story is the independence of women, and strong female protagonists. This setting worked towards dismissing the aged Victorian perspective of women being mere possessions of men, who relied on the men for guardianship and leadership.

What is more, the story portrays the male characters as somewhat opposite of the ideal Victorian era man – they are helpless, counter-productive, and clueless. Throughout most of the story, women are portrayed as equals of men, which was a huge step forward for the period.

Nevertheless, themes of lesbianism were by far the most radical in the novel. The vampire’s Carmilla is sexually attracted to the young lady Laura, and the latter somewhat shares these sentiments.

Through Laura, Le Fanu explores the concepts of same sex attraction, as the character is indecisive and questions her sexual orientation, being both “attracted and repulsed” by the female vampire. The following excerpt from the novel perfectly describes her confused state of mind:

“I experienced a strange tumultuous excitement that was pleasurable, ever and anon, mingled with a vague sense of fear and disgust. […] I was conscious of a love growing into adoration, and also of abhorrence.”

It is likely that Carmilla did not receive the same fame as Dracula because of its unique literary themes and unorthodox topics and theories. If published some 25 years later, Carmilla could have received the accolades it deserved. Dracula, which was a more “classic” horror fiction narrative, gained the favor of the audience and is still widely translated and published anew, well over a century after its initial release.

Of Dracula, we know enough: the author took a historical figure and gave it the attributes of a vampire. The Voivode of Wallachia, the so-called Impaler, Vlad Dracula, was the three times ruler of this European medieval polity – and was (of course) in no way a vampire.

Today considered a national hero of Romania, Vlad Dracula was well known as a capable ruler and military commander, with a “penchant” for impaling on stakes the Ottoman Turk prisoners of war. This somewhat bloody and macabre medieval method of execution gave Vlad Dracula a fearsome reputation, and ultimately led to Bram Stoker choosing this historic figure for his fictional, bloodthirsty vampire. 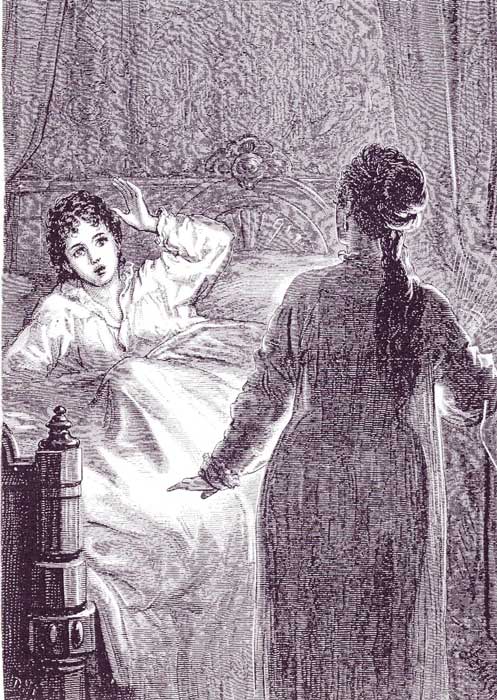 Is There a Historic Background to Carmilla?

But what about Sheridan Le Fanu? Where did he find inspiration for the vampire story of Carmilla? Scholars agree that the writer likely consulted the written works of Dom Antoine Augustin Calmet, particularly his 1746 work Dissertations sur les apparitions des anges, des démons et des esprits, et sur les revenants et vampires de Hongrie, de Bohême, de Moravie et de Silésie (which translates as “Dissertations on the apparitions of angels, of demons, and spirits and on Revenants or vampires of Hungary, Bohemia, Moravia and Silesia”).

This was one of the earliest “scholarly” works dealing with vampires and vampirism, exploring the topic in detail and presenting various theories on the matter. Dom Calmet wrote some 20 years after some of the first meticulously documented vampire cases, and helped spread the popularity of the vampire as a novelty subject.

Dom Calmet, when writing about vampires, explores some of the popular and contemporary cases. These include the 1726 case of the Serbian vampire Arnaut Pavle (Арнаут Павле) , and the 1732 case of a vampire in Hungary. These cases were arguably the first to bring the term to a wider European audience.

In 1726, Austrian authorities investigated a possible case of vampirism. It was connected with a deceased hajduk (brigand freedom fighter) leader, one Arnaut Pavle, who perished in 1726 and reportedly returned to haunt his relatives and the inhabitants of his village. At the time, vampirism was a commonplace occurrence and belief in rural Serbia, where numerous pre-Christian, early medieval, heathen superstitions and beliefs were still kept very much alive.

Like in all stories involving Serbian vampires, the deceased person returns “to life” shortly after burial, and quite vividly haunts its relatives. The person either asks for food, water, or clothing, pesters the living, and supposedly curses them, making them ill – and finally causes their death.

The Grim and Eerie Accounts of Serbian Vampires

Arnaut Pavle’s case was thoroughly documented by the leading Austrian officials and physicians at the time, which led to the stories of vampires being introduced to the European public – much to their fright and sensation. The people from the deceased man’s village reported that he came back to haunt them.

They spoke of the deceased man in detail, saying that during his lifetime he had himself been harassed by a vampire. He got rid of it by “eating soil from the vampire’s grave and smearing himself with his blood.” However, less than a year after the man died by accident, numerous villagers reported haunts and illnesses, all attributed to the vampire. By January of 1726, Austrians reported that 17 people perished to the illness.

The case only got weirder in the following months. People claimed that a village woman, the first victim of the vampire Arnaut Pavle, had once eaten the flesh of dead sheep that were killed by this vampire, and had also smeared herself with vampire’s blood. This supposedly continued the streak of vampirism in the village.

The Austrian authorities then witnessed the villagers exhuming the body of the vampire Arnaut Pavle, whereupon they saw that “his veins were replete with fluid-blood, and that fresh blood had flowed from his eyes, nose, mouth, and ears; that the shirt, the covering, and the coffin were completely bloody; that the old nails on his hands and feet, along with the skin, had fallen off, and that new ones had grown. His body was red, his hair, nails and beard had all grown again.”

Seeing this, the people drove a wooden stake through his heart, whereupon the “cadaver” reacted by letting out a frightening, blood-curdling shriek, bleeding profusely and groaning – as if alive. They then beheaded the corpse, burned it, and put an end to the vampire’s streak of hauntings once and for all.

It is possible that Sheridan Le Fanu read these detailed descriptions made by the Austrian officials, and used them within his Carmilla story. Notable aspects of the story of Arnaut Pavle that share a similarity with Le Fanu’s work are that of a young teenage girl from the village.

Austrian reports tell of a young, 20-year-old girl that was in perfect health, but suddenly awoke in the middle of the night, sweaty and trembling, uttering shrieks and full of fear. She reported that a vampire visited her at night, trying to strangle her. The incident repeated in the following nights, and the girl was dead three days later. 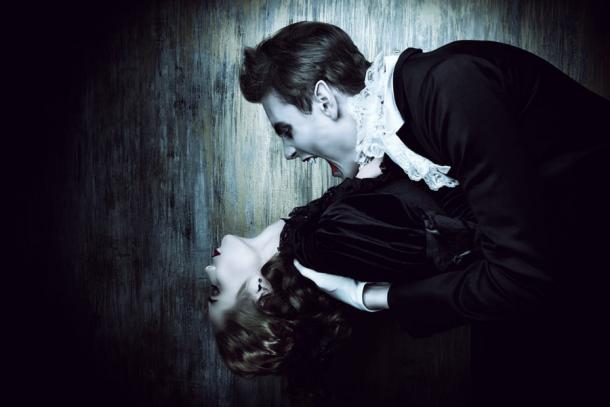 From Serbian Slavic Mythology to the Pages of Carmilla and Dracula

A similar case was reported in 1725, also in Serbia, where a man called Petar Blagojevic ( Петар Благојевић ) returned as a vampire to haunt his village and family, causing several deaths in a short amount of time. The Austrian officials witnessed his exhumation as well: upon disinterment, the cadaver was perfectly preserved, with freshly grown nails, hair, and beard, flowing blood in veins, and blood in the mouth.

The villagers staked it, seeing blood flowing profusely from the orifices, after which they beheaded and burned it, ending the plague. These two stories were published to a wide audience, leading to the famed “vampire craze” that spread throughout Europe, ultimately serving as a source of inspiration for horror fiction authors such as Bram Stoker and Sheridan Le Fanu.

Still, if we observe the possible inspirations from literary sources, we can see that Sheridan Le Fanu could have been inspired by his preceding colleagues. One of the first female vampire characters in fiction preceded Carmilla by roughly 70 years!

In Robert Southey’s 1801 epic poem called Thalaba the Destroyer , the main protagonist faces the vampire of his deceased wife, Oneiza. After his wife dies, her body returns to haunt him in the form of a vampire. Thalaba manages to kill it. In fact, it is in this epic poem that a long list of annotations lets us know in detail the historic aspects of vampires.

Robert Southey clearly cites Don Calmet’s 1746 Dissertation on the Apparition of Angels, Demons and Spirits, and on Revenants and Vampires, preceding the writing of Carmilla by many years. Still, his epic poem was not well received, and was largely obscure in its time.

A Pioneer of Early Horror Fiction

In the end, we might never know from whence did Sheridan Le Fanu draw his vampire inspiration. Undoubtedly, by the time he began writing Carmilla, information on the mysterious Balkan vampires of Serbia was readily available, and the enigmatic events that transpired in those villages were already transformed into deeds of fiction and legend. Nevertheless, Carmilla undoubtedly moved boundaries and is a bold, groundbreaking, and iconic work of early horror fiction.