(ORDO NEWS) — Waking up in a plush hotel room with a view of the solar system could be the future of travel, at least if space company Orbital Assembly has something to say about it.

The American company has revealed new information and the concept of its space hotel idea, the projects of which have been in orbit since 2019.

Initially, the project was presented by the California company Gateway Foundation and was called Von Braun Station. The futuristic concept consists of several modules connected by elevator shafts that form a spinning wheel that revolves around the Earth. 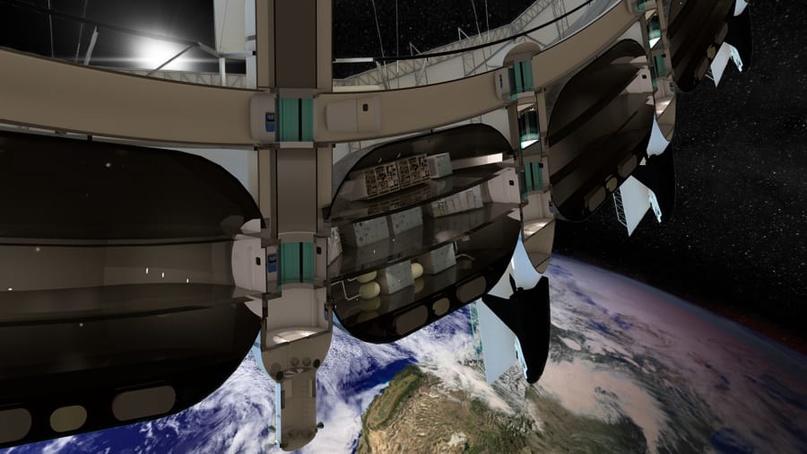 The project is now being overseen by Orbital Assembly Corporation, a space construction company that has cut ties with Gateway.

Orbital Assembly is now set to launch not one, but two space stations with tourist accommodation: Voyager Station, renamed from the original design, now has a capacity of 400 people and is due to open in 2027, and a new concept for Pioneer Station, designed to accommodate 28 people, can be put into operation in just three years.

The goal, according to Orbital Assembly, is to create a space “business park” that will house both offices and tourists. 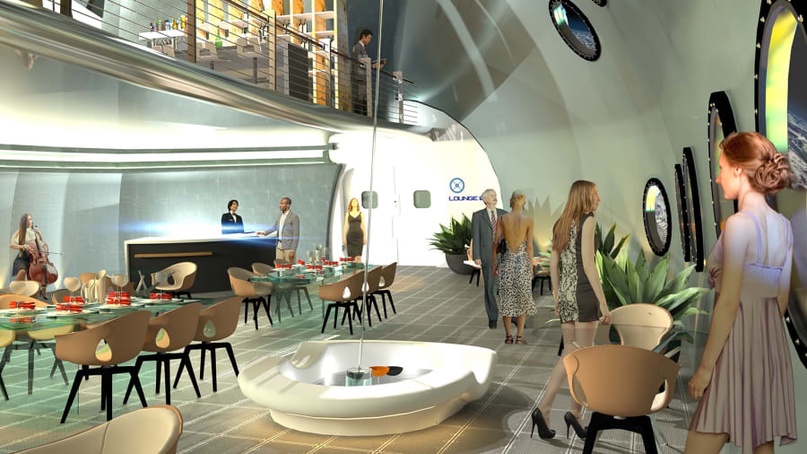 Space tourism seems closer than ever before – last year, billionaire Virgin founder Richard Branson went into suborbital space with his company Virgin Galactic, and Star Trek actor William Shatner became the oldest person in space thanks to a flight with Blue Origin.

However, any space travel is still quite expensive, so many of us find it hard to imagine how to spend our annual vacation outside of this world. 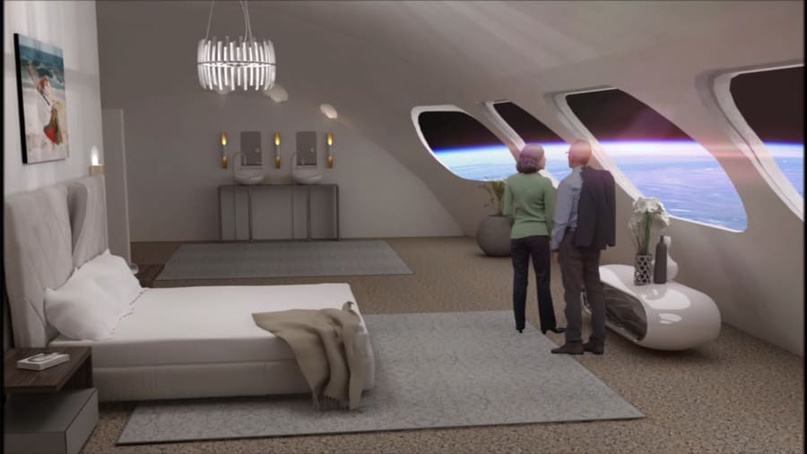 Tim Alatorre, COO of Orbital Assembly, believes that this barrier will be overcome as space tourism develops.

“The goal has always been to make it possible for large numbers of people to live, work and thrive in space,” Alatorre said in a new interview.

Home away from home 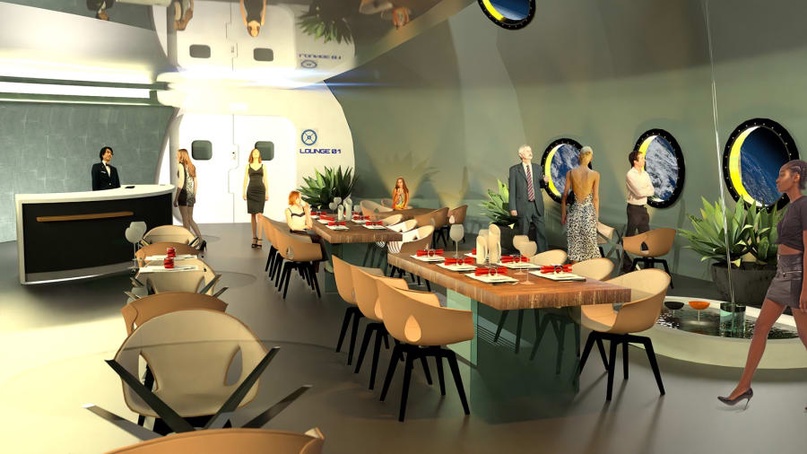 Alatorre says the appeal of the new Pioneer Station concept is that its smaller scale makes it achievable sooner.

“This will give us the opportunity to quickly begin to get acquainted with space on a large scale,” he said.

Office space and research facilities will also be leased at both Pioneer and Voyager stations.

This, according to Alatorre, is a “win-win” for Orbital Assembly, since many of its immediate goals depend on funding.

Orbital Assembly envisions that both stations will resemble a spinning wheel that goes around the Earth. 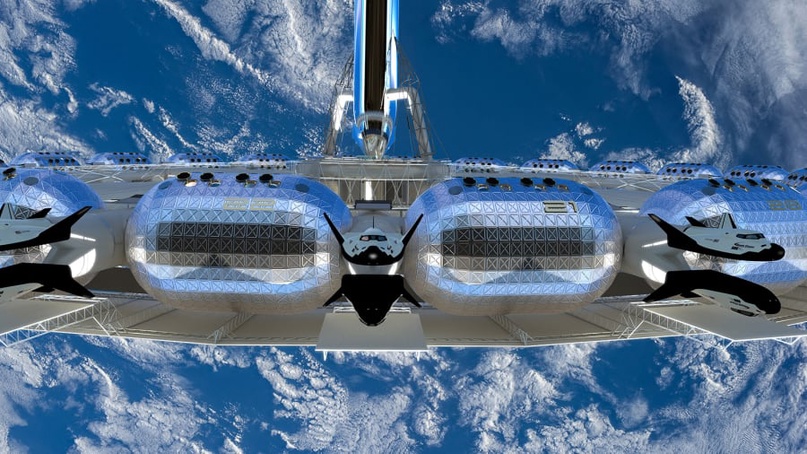 In an interview, Alatorre explained the physics of the Voyager station as a spinning bucket of water.

“The station rotates, pushing the contents of the station toward the perimeter of the station, similar to how you can rotate a bucket of water – the water is pushed into the bucket and stays in place,” he said.

Physics hasn’t changed, Alatorre said most recently. But, he explained, since the Pioneer station will be smaller, the level of gravity on it will be different.

There will still be what he calls the “amenities” of artificial gravity, such as showers, the ability to eat and drink while seated – but lower gravity spaces will allow for even more fun, cosmic quirks. 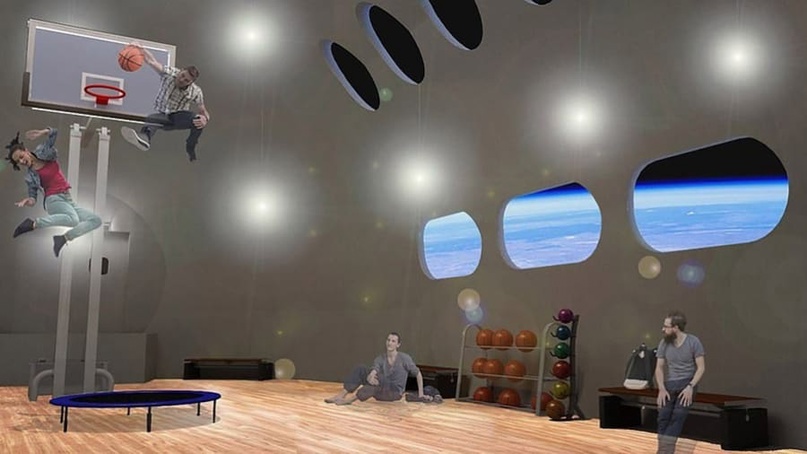 The sketches of the interiors of both stations suggest interiors no different from those of a luxury hotel on Earth, only with additional views of the unearthly world.

Alatorre, who has an architectural background, has previously said the hotel’s aesthetic was a direct response to Stanley Kubrick’s 2001: A Space Odyssey, which he called “almost a blueprint of what not to do.”

“I think Stanley Kubrick’s goal was to highlight the gap between technology and humanity, so he purposely made the stations and ships very sterile, clean and alien.” 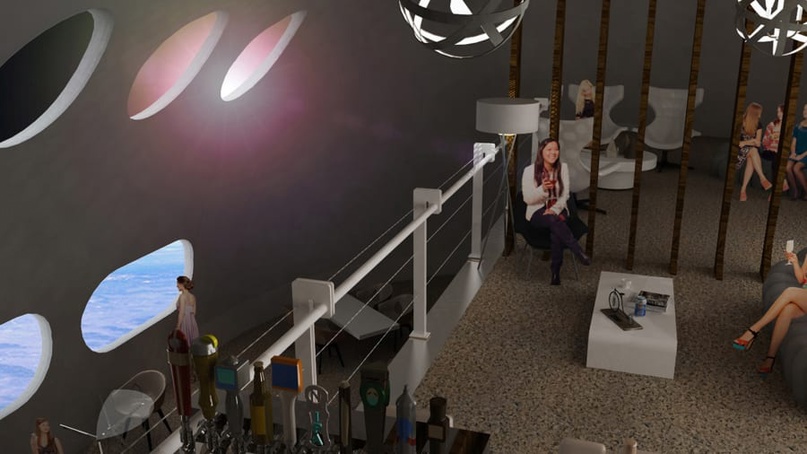 The original name of the space hotel, Von Braun Station, was chosen because the concept was inspired by the 60-year-old designs of Wernher von Braun, an aerospace engineer who pioneered rocket technology first in Germany and then in the United States.

While living in Germany, von Braun was involved in the Nazi rocket development program, so naming a space hotel after him was a controversial choice. 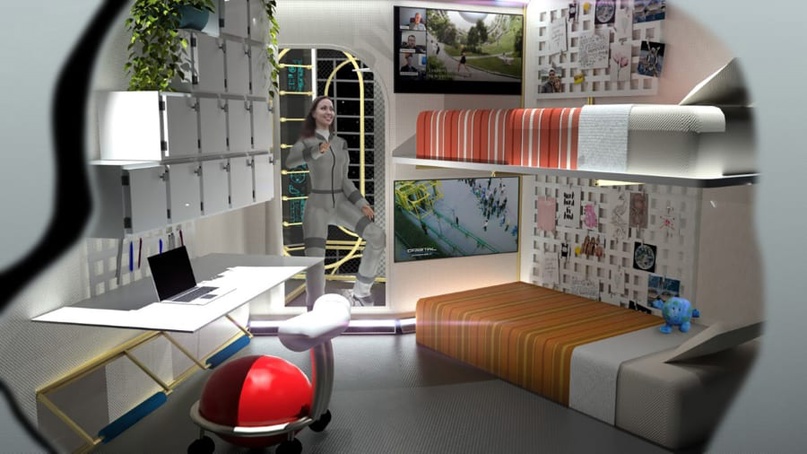 “The station is not really associated with him. It is based on his design and we love his contributions to science and space,” said former Orbital Assembly CEO John Blinkow, who is no longer associated with the company.

“But, you know, the Voyager station is much more than that. These are things of the future. And we need a name that will not be attached to this.”

A floating city appeared in the sky over Haikou in China

A floating city appeared in the sky over Haikou in China