(ORDO NEWS) — The famous Taiwanese ufologist and virtual archaeologist Scott Waring once again threw an interesting Martian photo puzzle to the readers of his blog.

Waring claimed to have found the head of a stone statue on the surface of Mars.

He studied images of the surface of Mars taken by NASA, and found on them a very strange rock that closely resembles the head of a statue. 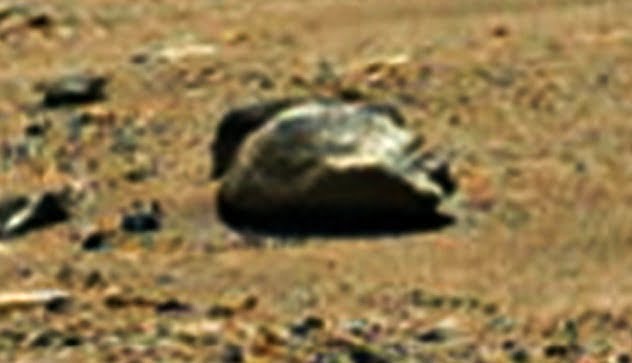 The face is turned up and slightly to the right. The observer sees only one eye, but the ufologist believes that the profile itself already speaks volumes. The lateral cheekbones are wider than those of earthlings, and all other details (eyes, nose, lips and chin) have a striking resemblance to human features.

At the same time, the researcher emphasizes that the face looks far from human. Most likely, Waring believes, this is a fragment of a tombstone.

Despite the harsh sandy Martian winds, the face remains in surprisingly good condition. It is about 1 meter across, from the chin to the crown of the head.

The ufologist is sure that this is nothing more than a real alien face that was created thousands of years ago. This artifact is evidence of the existence of life on Mars in antiquity, the researcher believes.