(ORDO NEWS) — Spintriae (plural, spintriae) is a small bronze or brass Roman dog tag, possibly intended for use in brothels, although there is no evidence in historical sources for spintriae to support this claim.

The tokens usually depicted a motif of sexual acts or symbols on the obverse, and a number in the range I – XVI on the reverse.

In the 16th century, the name shifted from the ancient meaning of persons performing outrageous acts – in other words, sexual and/or sensual acts that went beyond what was considered normal – (or places where outrageous acts took place, such as the gardens of Tiberius on the island of Capri) to the tokens themselves.

Bette Talvacchia states that the first use of the term spintriae for tokens occurred in Sebastiano Errizo’s Discourse on Ancient Medals (Sopra le Medaglie Antiche, Venice, 1559). 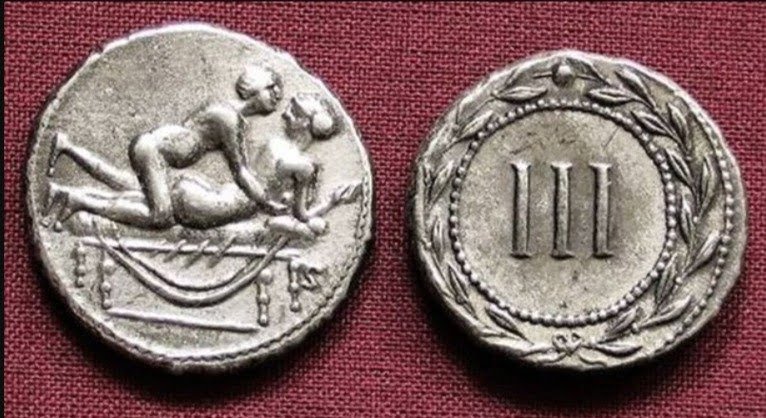 Some scholars, following Friedländer’s (1886) suggestion that the tokens were used “to gain entrance to brothels”, argue that the spintrii were used to pay for the services of prostitutes, although none of them offers any supporting evidence.

Buttrey dismisses the idea of ​​brothel tokens, arguing that “there is no evidence for any of this” (Buttrey 1973, p. 53).

Currently, only Simonetta and Riva are supporters of the brothel token hypothesis, which is also popular in the media. Other scientists adhere to alternative directions (Buttry; Campana; Duggan; Fishburne, etc.).

Under Caracalla, one horseman was sentenced to death for bringing a coin with the image of the emperor to a brothel; he was saved only by the death of the emperor himself.

However, there is no direct ancient evidence to support the theory that spintrii were created as tokens for exchange instead of an official coin. 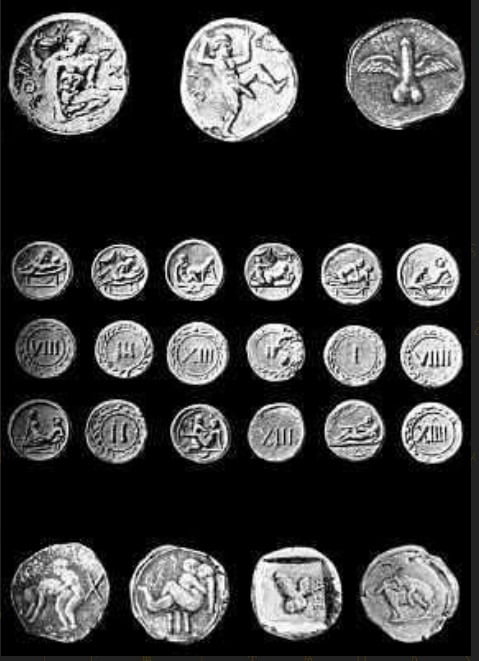 Battry suggests that they were used as playing pieces. Although Duggan (2016) notes that there are no archaeological finds to support that spintrii were play figures.

Economist Geoffrey Fishburne, following Jacobelli, suggests that they could be used as tokens for sports games.

Duggan, following Fishburne and Jacobelli, concludes that the most convincing explanation is that they functioned as game tokens. It seems that they were produced only for a short period, mainly in the 1st century.