The new and test took place at Spaceport America in New Mexico on September 27, 2022.

During the launch, SpinLaunch launched payloads into orbit for NASA, Airbus, Cornell University and satellite company Outpost for the first time. 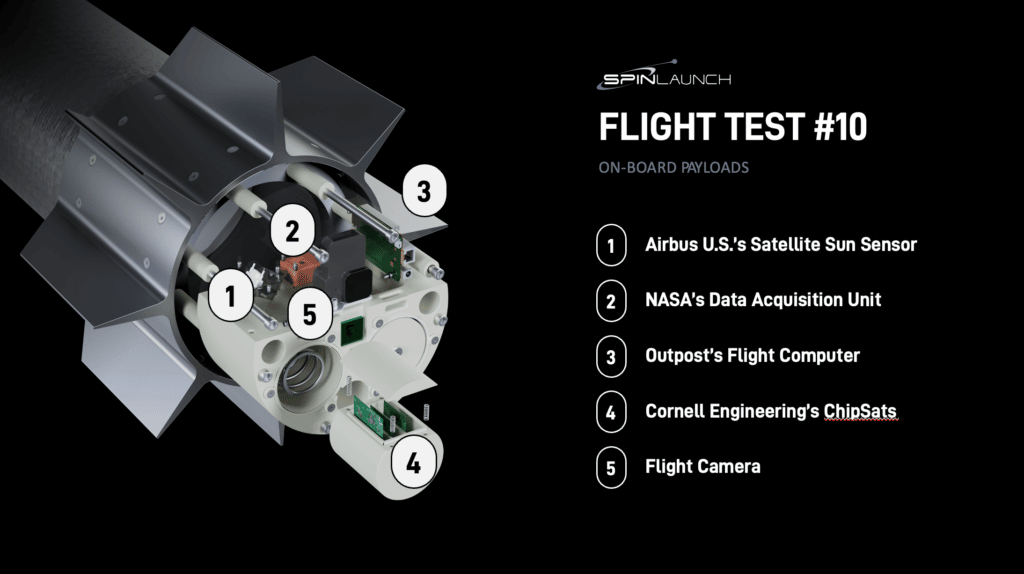 Let me remind you that the SpinLaunch launch system accelerates launch vehicles to enormous speeds in a vacuum chamber using electric motors.

After the centrifuge spins up, the locking mechanism fires the rocket, which flies out through a hole in the chamber at a speed of about 2.2 kilometers per second.

When the rocket reaches near-orbital altitude, the engines turn on and the booster launches the payload into orbit.

The sub-orbital booster currently being used by the company during testing is a prototype 33 meters in diameter, although SpinLaunch plans to build a full-sized 100-meter facility by 2026.