(ORDO NEWS) — Archaeologists continue to explore the remains of one of the “temples of millions of years.”

An international team of archaeologists led by Professor Hourig Sourouzian is working on the Colossi of Memnon and the Temple of Amenhotep III project in Luxor. Now representatives of the Egyptian Antiquities Service said that fragments of statues were found in the temple, including sphinxes, as well as columns and remnants of walls, which depict scenes of celebration or rituals.

The temple of Amenhotep III (Egyptian archaeologists themselves refer to it as the so-called “temples of millions of years”) have been studied for almost a hundred years. The fact is that, despite the general good preservation of the monuments of Ancient Egypt, this particular building was not lucky.

Judging by the descriptions, the temple occupied a huge area – up to 35 hectares – was divided by pylons into four courtyards and surrounded by a common wall. Although the generally accepted international name of the temple contains the word “funeral”, it was built by Amenhotep III himself, the pharaoh of the 18th dynasty, who ruled around 1388-1351 BC. 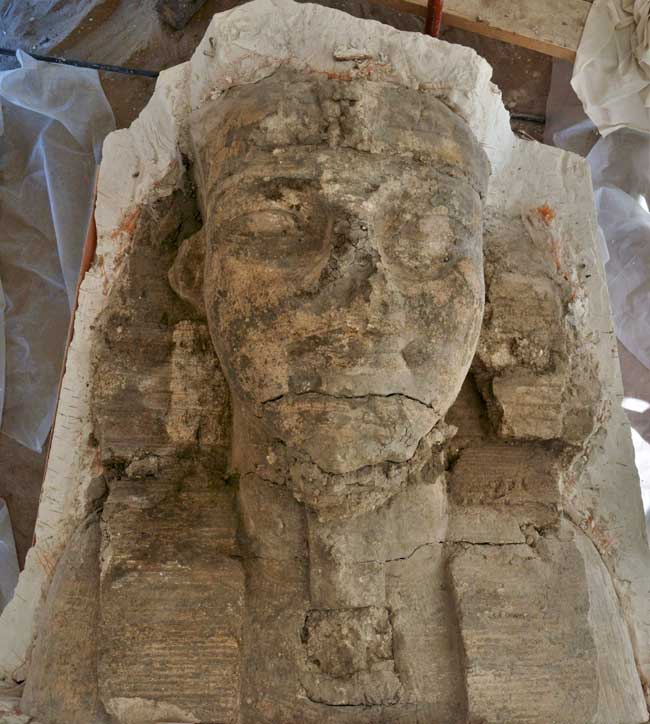 Around 1200 BC there was a terrible earthquake, which destroyed most of the building. The Egyptians were in no hurry to restore the memorial complex of the one who was once revered as a god. On the contrary, the stones of the temple were used to build the monumental tomb of Merneptah , the pharaoh of the 19th dynasty. As a result, two 18-meter gate statues of Amenhotep III, known by the erroneous name Colossi of Memnon , have come down to us relatively intact .

The temple suffered not only from earthquakes and greedy successor pharaohs. Built on the banks of the Nile, it was regularly flooded. Now some parts of the complex are permanently under water. It was in the water that new finds were made: two large sphinxes (about eight meters high) were almost completely immersed in it near the third pylon.

Apparently, they depicted the pharaoh himself: human heads are equipped with a royal beard and a nemes – a striped headdress (a scarf tied in a special way), which only pharaohs could wear. On the necks of the sphinxes, the sculptors depicted wide collars – also a distinctive feature of the ritual royal attire.

On the fragment, which, most likely, was once part of the chest of the sphinx, after clearing, the inscriptions became visible. One of them mentions the “beloved Amun-Ra” – this is how the name of Amenhotep is deciphered. Other pieces of the body and paws were also safely removed from the water, and work is underway to preserve them.

Archaeologists also discovered three busts and three lower parts of the statues of Sekhmet, the goddess of war and revenge, which is traditionally depicted with the head of a lioness. In addition, the researchers cleared the walls and found fragments of sandstone bas-reliefs depicting scenes of Heb-sed – the “tail festival”.

This was the name of the celebration, arranged on the day when the pharaoh turned 30 years old, and then on his birthday every three years. They celebrated widely, often in a palace specially built for the celebration. It is the scenes of the “tail festival” of Amenhotep III that are depicted on the walls of his temple – he noted three Heb-seds, and all of them are described in sufficient detail. 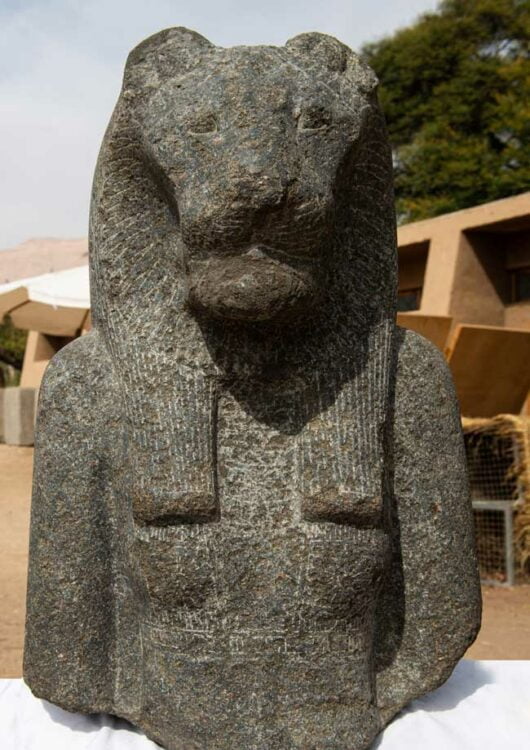 It is generally accepted that the reign of Amenhotep III is the heyday of Egypt during the reign of the XVIII dynasty. This is quite curious, since the man who ruled for 38 years (or 37 – scientists still argue) died when he was no more than 50 years old – this was established during the study of the mummy. Amenhotep III became pharaoh at the age of ten.

It is clear that the first years of Egypt were actually ruled by his mother. But it is clear that he took power at a very young age. And, which rarely happened in the history of Egypt, it happened bloodlessly and painlessly.

In general, his reign was peaceful: Egypt did not fight with anyone – both the Babylonian kingdom and the Mitanni empire recognized its hegemony. Only one military campaign of Amenhotep III is known – the suppression of the uprising in Nubia.