(ORDO NEWS) — The Sphinx is a terrible mythical creature with the face of a man, the body of a lion and the wings of an eagle.

According to Greek mythology, the sphinx was sent by the gods to punish the city of Thebes in Greece – hence the riddle of the sphinx – although this is also an image common in many civilizations.

For example, the Arabs knew the famous sphinx in Egypt, today called the Sphinx of Giza, under the name of Abu al-Houl (which means “Father of Terror”), which is obviously identified with ancient Greek myth. 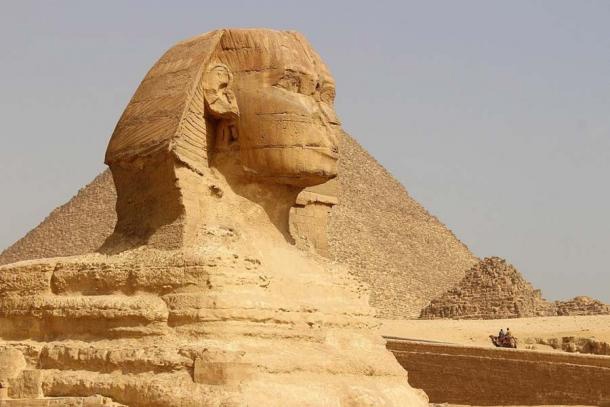 Translated from the Greek, the sphinx means “to bind” or “compress”, but this is not necessarily associated with legends. The most famous sphinx in the world and the oldest is located in Egypt near the Great Pyramid of Giza.

It is a large monolithic monument, 73 meters (240 feet) long and 20 meters (65.6 feet) high, and was carved from a single mass of natural limestone in the area, facing the Sun. According to conventional archeology, the Sphinx of Giza dates back to 2500 BC.

The main question for archaeologists is who and why built this famous Sphinx in Egypt? Mainstream archeology agrees that the Sphinx was built for Pharaoh Khafre and served the religion of the sun god Ra.

However, this is a guess as there is no wall or papyrus inscription identifying Khafre; however, references to the Sphinx in ancient Egyptian texts can be identified as the giant Anubis at Giza, argued Robert Temple in The Secret of the Sphinx.

However, as Egyptologist James Allen writes in the Smithsonian Magazine, “We have no hard evidence as to who the Sphinx’s builders thought it was.” 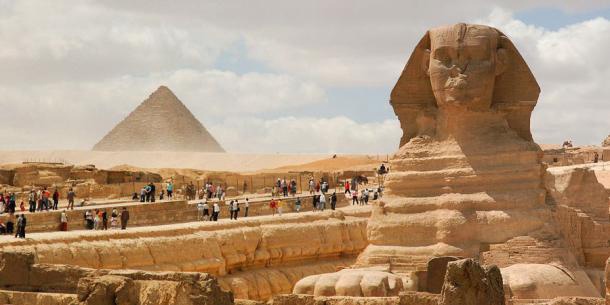 Meanwhile, Dr. Robert Schoch, a geologist and professor at Boston University, studied the patterns on the Sphinx and found that the weathering patterns could not be the result of wind, only heavy rain. This observation suggested that the Sphinx is much older than 2500 BC, since there were no such heavy rains in that era.

However, if this theory is correct, then why are there no such patterns on any of the other surrounding monuments, including the pyramids of Giza?

Another theory supporting this suggested that the Sphinx was oriented in accordance with the constellation Leo, as it was located about 10,000 BC; however, mainstream archaeologists stepped forward to prove him wrong.

According to the Smithsonian Magazine, Edgar Cayce, a modern-day prophet, predicted in 1932 that the Sphinx in Egypt was built in 10,500 BC by the Atlanteans, and that beneath it was a secret chamber called the Hall of Records, containing the secrets and wisdom of the Atlantean and human civilization. race.

The idea of ​​this chamber of secrets was also adopted by the Rosicruzians, who we know possessed knowledge beyond the reach of most people.

In his book Chamber of Secrets: The Quest for the Hall of Records, Robert Beauval mentions that the Egyptian archaeologist and former Egyptian Minister of Antiquities, Zahi Hawass, excavated in front of the Sphinx and discovered red granite instead of natural limestone in the area. Beauval argued that this could mean that there was something under the Giza plateau.

Some have suggested that the camera has been found and is being kept secret, which can be easily understood if the camera is supposed to contain a huge amount of information, as Case had prophesied.

If we follow this line of thinking, then such information would be “dangerous” for our society; too much truth at once – this is not what our civilization likes, and even more so the authorities.

Too many coincidences and too many similarities to sphinxes and what they represent around the world. Have the secrets of the sphinx in Egypt been revealed? Is this really a monument built by the Atlanteans?

Why solar storms are dangerous for people and equipment

Why solar storms are dangerous for people and equipment