(ORDO NEWS) — SpaceX has just closed the first deal to provide Internet access on board aircraft using the Starlink constellation of broadband satellites.

The service will be available later this year to customers of JSX, a charter airline that plans to equip 100 aircraft with Wi-Fi on board.

“The service will be offered to all JSX customers free of charge and will not require sign-in or other complexities associated with legacy systems,” JSX said in a statement Thursday (April 21) announcing the new deal.

A spokesman for JSX declined to disclose the value of the contract in response to a Reuters question. JSX has been in talks with several airlines in recent months, Reuters said, but it’s not yet clear who else might be willing to take over the air service.

However, Delta Airlines told the Wall Street Journal that it recently conducted “pilot tests” of Starlink’s Internet technology in a bid to potentially reach business users.

Neither SpaceX nor its founder and CEO Elon Musk have yet commented on the JSX deal, though Musk said in 2021 that SpaceX was targeting different airline types to use Starlink.

“Users can expect download speeds ranging from 100Mbps to 200Mbps and latency up to 20ms in most locations,” Starlink’s home page says about its ground terminal service. But the page does not indicate what these speeds might be at 10 km above the Earth.

The fast Starlink service depends on a constant supply of satellites, which SpaceX carries into orbit on its Falcon 9 rocket. SpaceX has already launched more than 2,300 Starlink satellites and could eventually launch about 30,000 into orbit. 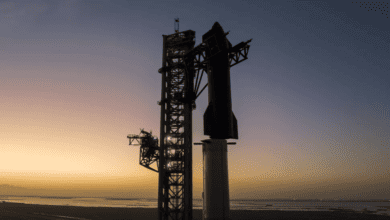 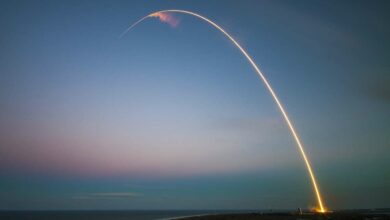