(ORDO NEWS) — The professor, a specialist in exopolitics, tried to reassure humanity by saying that if a global catastrophe occurs, huge ships are ready to deliver people to a safe place in the universe. This is reported by the Daily Star.

Huge ships buried underground are ready to evacuate a large number of people, animals and plants from the planet in the event of a global crisis, the professor said.

Professor Michael Salla is a recognized expert in exopolitics who studies the interplay of human politics and extraterrestrial affairs.

In the past, he claimed that the Reptilians were ready to lead the “fascist” system on Earth, however, he later admitted that this threat had been “neutralized”. 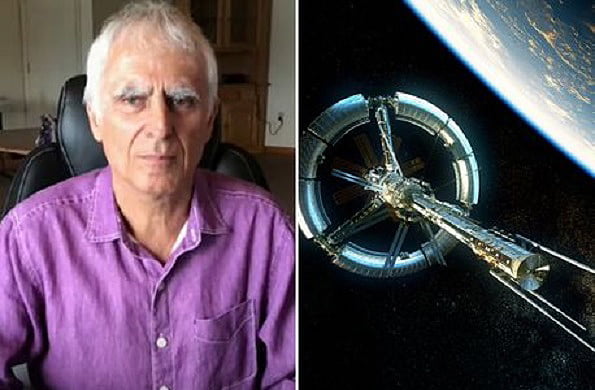 Now, speaking on the Shaun Attwood Unleashed podcast, the scientist suggested that huge spaceships would be ready to take people in if a global catastrophe occurs.

“I probably have about six sources that tell me about these space arks that are on the Moon, all over the Earth, and that are also not in other parts of the solar system,” he said.

“One of my sources is currently in the US Army and has been taken on a few secret missions where he actually boarded these space arks.

He was on a space ark in the Atlantic Ocean and also on the moon.”

Michael went on to give a precise definition of what he meant by the space ark, explaining how these megaships were supposed to act if a global crisis occurred that would render the Earth uninhabitable.

“It really looks like an ark, as described in the legend of Noah’s ark.

It is very large, like a ship, and is designed to evacuate a large number of people, animals and flora during a disaster,” he continued.

“Apparently, these things are buried all over the Earth.

They will activate when we find ourselves at a historical moment where our civilization collapses in terms of the death of our ecosystem due to some political, military or geographic catastrophe.

They are there as a guarantee, and they were placed there by the ancient races who had ideas about the end times.”

3.5 billion-year-old rock structures are one of the oldest signs of life on Earth

There are more unsuitable places on Earth

3.5 billion-year-old rock structures are one of the oldest signs of life on Earth

There are more unsuitable places on Earth