As the Sun approaches its peak activity in its solar cycle, an explosion has occurred beyond the northeastern tip of the star in our solar system. Solar observatories have seen fragments of the explosion that remain hidden from Earth’s orbit.

“The intensity is probably underestimated because it was partially eclipsed by the edge of the sun.

Although the explosion was powerful, experts predicted that the Earth was not in the line of fire from the Sun. Scientists are expected to get a glimpse of the active region later this week when it comes into view.

“The earth is not in the line of fire. The explosion is significant as it could herald an active region over the Sun’s northeast tip later this week.

A new sunspot group could end weeks of relative calm,” spaceweather said in a report.

Meanwhile, the US National Oceanic and Atmospheric Administration (NOAA) has predicted that there is a possibility that a small G-1 class geomagnetic storm will hit the Earth.

The event is associated with an explosion in the southern hole in the Sun’s atmosphere, which released a high-velocity stream of solar wind and gaseous material towards the planets, including Earth.

Geomagnetic storms are a severe disruption to the Earth’s magnetosphere that occurs when there is a very efficient exchange of energy from the solar wind into the space environment surrounding the Earth. 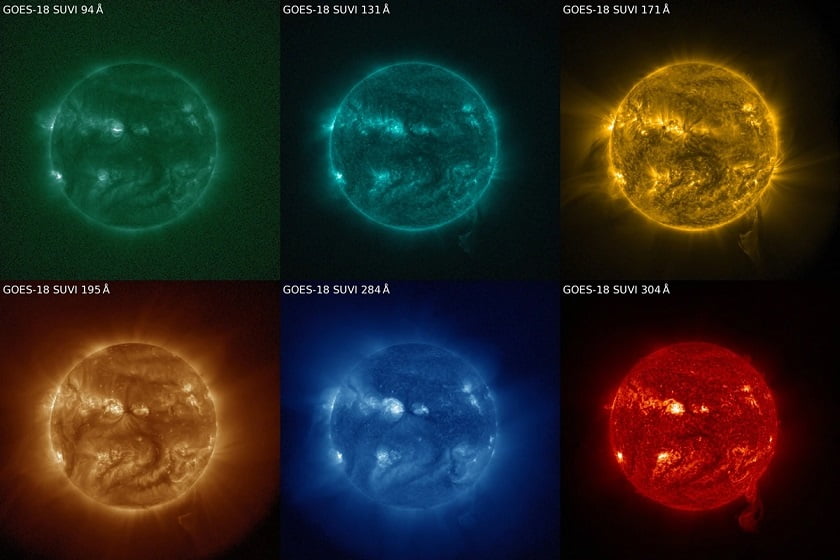 The solar ultraviolet thermal imager aboard the GOES-18 satellite, which was launched on March 1, also recorded a powerful eruption on the Sun. A coronal mass ejection was recorded on July 10 in the lower right quadrant of the Sun.

“Depending on the size and trajectory of solar eruptions, the potential impact on the near-Earth space and the Earth’s magnetosphere could trigger geomagnetic storms that could disrupt power, communications and navigation systems.

These storms could also cause radiation damage to orbiting satellites and the International Space Station,” Noaa said in a statement.