(ORDO NEWS) — The sudden and unexpected death of a child is a tragedy, compounded by the fact that it has absolutely no explanation.

Every year in the US, hundreds of children die of undetermined causes, usually in their sleep or while resting. Because of the way deaths are investigated and certified, it’s hard to say how often this happens. According to some estimates, several hundred children between the ages of 1 and 18 die suddenly from unexplained causes each year.

If the baby is less than 12 months old, this phenomenon is known as sudden infant death syndrome (SIDS). According to the CDC, 1,250 such deaths are expected in 2019 – about three times more than the number of sudden unexplained deaths in children (SUDC).

Laura Gould has been working for decades to change this situation. After losing her 15-month-old baby in 1997, she founded the SUDC Registry and Research Collaboration (SUDCRRC) with a neurologist at New York University.

Using a database to compare the results of 124 molecular autopsies with the genetic data of the parents, the researchers identified a potential cause for some cases of SUDC.

Six of these gene variants are known to be involved in the transmission of calcium, which allows the heart muscle to contract and the neurons to transmit signals.

In most cases, the same mutations were not found in the parents of the deceased children, which means that they were not inherited, but arose by chance.

It is unlikely that parents will have two children with the same fatal variant, the researchers said.

“Our study is the largest to date, the first to prove that there are definite genetic causes for SUDC, and the first to fill in any part of the risk picture,” says neuroscientist Richard Tsien of New York University.

“Along with comfort for parents, new data on genetic changes will accumulate over time, reveal the mechanisms responsible for it, and serve as the basis for new treatment approaches.”

The study specifically looked for 137 genetic variants associated with heart problems and epilepsy, as they appear to be responsible for most cases of SUDC.

Compared to the general population, these variants were ten times more common in cases of SUDC.

But there are probably other explanations as well. The genetic variants identified in this study were found in only 9 percent of the subjects; More work needs to be done to find out what causes most cases of SUDC.

A second study by the same group of researchers allowed for a deeper look into the data. This time, they were looking for 294 potentially deadly genetic variants in 352 SUDC cases.

Among a subset of 73 cases that also included parental data, the authors found 37 gene variants that were likely associated with neurological, cardiac, or systemic disease.

The researchers note that the presence of pathogenic gene variants “does not by itself establish causation,” but their results are a very promising start, not only to improve diagnosis and reassure parents, but also to potentially identify risk factors leading to SUDC before how the tragedy will happen.

“Along with the comfort of parents, new data on genetic changes will accumulate over time, reveal the mechanisms responsible for this, and serve as the basis for new approaches to treatment,” says Tsien. 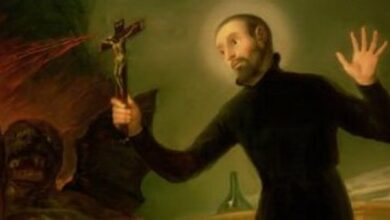