(ORDO NEWS) — A study by scientists from Germany and the United States showed that the adoption of certain postures helps to cope with feelings of insecurity.

I must say that work on this issue has already been carried out. However, they cannot be called convincing, since they were carried out on a small sample, and sometimes even gave opposite results.

A team from the Martin Luther Universities of Halle-Wittenberg, Bamberg (Germany) and Ohio State (USA) decided to approach the issue comprehensively and conducted a meta-analysis in which they combined data from about 130 experiments from 88 different studies. As a result, the sample amounted to a total of 9779 people.

The aim of the study was to understand whether certain body postures affect a person’s sense of self, behavior, and hormone levels. The first part of the hypothesis was confirmed, the second was not.

The team found a relationship between upright posture, with the back straight and the chest out, to a more positive sense of self. Scientists have concluded that this dominant posture can make a person feel more confident.

The same goes for behavior: relatively speaking, a straight posture and a raised head correlate with such personality traits as perseverance and social adaptability.

True, compared with self-perception, these effects turned out to be less stable. But the assertion that certain postures can stimulate the production of hormones (such as testosterone and cortisol) has not been confirmed.

True, scientists managed to identify some shortcomings of the analyzed studies. For example, they found that most of these studies were carried out without a control group. Participants were asked to adopt dominant, open, and submissive postures. But people who did not take such body positions were not always included in the studies.

Therefore, it is difficult to say which of the poses – dominant or open – could cause the above effects. Nevertheless, the correlation is clearly present: more confident postures cause a more positive sense of self. At the same time, the researchers did not reveal significant differences between men and women, as well as age. 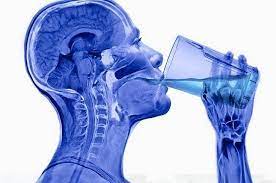 Benefits of water for the body Friend or foe who lives in our body, and why we need them What happens to the body if you drink too little water Scientists have named the most harmful products for the body Moon dust can be dangerous for the body